Ecstasy is an illicit drug that is frequently abused among young adults. This drug whose chemical name is 3,4-methylenedioxymethamphetamine, or MDMA for short, is structurally similar to amphetamine and has both stimulant and hallucinogenic effects.

The use of MDMA while pregnant or at any time could present potential risks and this article will help you understand what those risks are and how to get treatment if you’re struggling with ecstasy use.

Effects of Ecstasy During Pregnancy

People who take MDMA while pregnant may experience a wide range of effects, including euphoria, a sense of openness, and increased energy. However, heavy, chronic use is associated with depression and problems with memory. Among pregnant women, ecstasy can lead to hyperthermia (elevated body temperature) and anorexic effects—both of which may directly affect the developing fetus.1

When pregnant women use drugs like ecstasy, it can cause serious harm to their babies, including:2

What If I Took Ecstasy Before I Knew I Was Pregnant?

Ecstasy is widely used by young people, including women of reproductive age. According to the 2015 National Survey on Drug Use and Health (NSDUH), 1.8% of young adults aged 18 to 25 years old were current users of hallucinogens, including ecstasy. Approximately 166,000 women of childbearing age (15 to 44 years old) reported past month use of the drug.3 With so many women of reproductive age experimenting with ecstasy, it is common for women to have used the substance prior to finding out they were pregnant.

If you are worried because you took it before you knew you were pregnant:

If you are unable to stop using ecstasy and/or any other drugs, call us today at to learn about your treatment options.

One study found that women who used ecstasy during pregnancy had the following characteristics:4

In addition, the use of ecstasy can adversely affect the mother’s physical and mental health. Ecstasy causes an increase in an individual’s stress hormones and this can lead to overstimulation and hyperthermia (i.e., high body temperatures). Also, after using ecstasy, a person can experience a number of changes that affect their behavior, mental state, and routine that include:5

Another serious danger of using ecstasy during pregnancy is that the drug often contains adulterants, or counterfeit substances. A person may think that they are taking pure MDMA when in reality they are ingesting a number of unknown chemicals. One study found that a single ecstasy tablet contained over 14 compounds other than MDMA.6 One of the most concerning adulterants is the powerful opioid fentanyl, which can be deadly even in very small doses.

When a mother is healthy and abstaining from harmful substances like ecstasy, it goes a long way to ensure the safety of the baby both in utero and after birth.

Effects on the Baby After Birth

Using ecstasy during pregnancy may have a negative impact on your child’s health after birth. Clinical studies have shown that MDMA exposure in utero in the first trimester may lead to behavioral changes down the line, such as long-term memory problems and impaired learning.1

In addition, a handful of case studies in the United Kingdom and the Netherlands found the following effects in babies who were exposed to ecstasy in utero.7 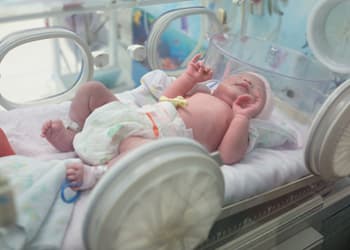 Some studies have also found that babies who are born to mothers who use ecstasy have increased odds of:1,5

If you are pregnant and addicted to ecstasy, the safest choice you can make for you and your baby is to seek professional treatment. In a rehab program, you can learn the skills to help you cope with stress and triggers that fuel your use. When you are pregnant, your safety and health are extremely important. There are treatment programs designed specifically to help ensure that you carry your baby to term in the healthiest manner possible.

If you are currently using ecstasy and you are thinking of quitting, there are ways to do it safely. Recovering from an ecstasy addiction can take time, but you do not have to do it alone. There are a multitude of treatment options that can help you learn how to address the underlying reasons for using substances.

Treatment program options may include:

If you are struggling with ecstasy addiction, we are here to help. It can be scary to make the call to get help, but our admissions navigators are available to take your confidential call 24/7. It’s not too late to make a change that can positively influence you and your baby. Give us a call today so you can start your journey to recovery.