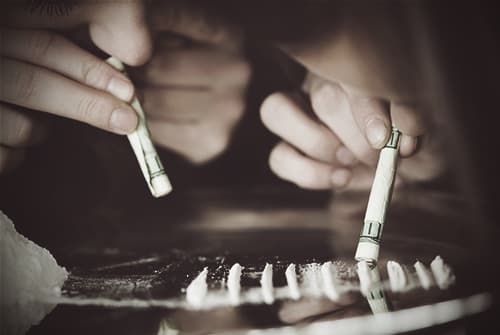 Ketamine (often called “K,” “Special K” or “Vitamin K”) is a potent dissociative anesthetic, meaning it provides feelings of detachment from one’s body. Commonly used in veterinary medicine, this drug has become common on the party scene among those seeking the detached high it provides.

Ketamine’s dissociative effects are so powerful, it is commonly referred to as a “date rape drug.” When ingested, Ketamine can cause users to hallucinate (experience visual and auditory disturbances). Because it’s an anesthetic, it can reduce physical sensations and induce temporary paralysis, so the user is awake but unable to move his limbs or even talk.

Similar to LSD, ketamine’s effects are varied and very unpredictable. It can induce euphoria, but in some cases, the hallucinations it causes can become extremely frightening. Mixing the drug with other depressants like alcohol and heroin intensifies the dangers of respiratory depression, which can be deadly.

Additionally, when the user is temporarily paralyzed by the drug, he won’t be able to clear his airway, which can lead him to choke and potentially die from aspiration.

Ketamine is a very short-acting drug. One of the key symptoms people find is that it blocks pain, so if someone doesn’t react to painful stimuli in an expected way, they may be under the influence.

Furthermore, it tends to slow people down and make their movements rather exaggerated due to loss of motor coordination. Consequently, they tend to look as though they’re walking in slow motion. The person might also slur their speech and appear confused.

If you suspect someone you know is abusing ketamine, look for paraphernalia associated with ketamine use:

Ketamine is a rather unpleasant drug in the long-term. It tends to cause a wide variety of effects relating to almost every area of the body. In the stomach, it often causes severe abdominal pain. It’s very easy to accidentally hurt yourself while on ketamine because it’s an anesthetic. Pain tells us when we’re injured or doing something that is likely to lead to injury. It also forces us to stop and focus on that injury, preventing further damage. Someone on Ketamine can incur a serious injury and continue on as if nothing happened, exacerbating the problem.

Since the drug is usually found as a powder, it is often sniffed, but most of these powders are mixed with other drugs. It may be something relatively harmless like talcum powder or sugar, or it could be combined with something more dangerous like acetaminophen or drain cleaner.

Dosing can be challenging to gauge, and in some cases, it could be the wrong drug altogether, leading to a dangerous overdose.

Withdrawal typically lasts for 4-6 days after last use, and you’ll find that it’s a bit like suffering from a severe flu. You’ll likely notice:

These symptoms are not pleasant, but they can be managed with medical care. Supervised medical detox can ensure you are monitored as you withdrawal and that your comfort is maximized during the process.

If you’re addicted to ketamine, you can get help at a ketamine rehab center. There, you can receive treatment for ketamine addiction in a safe environment that’s well away from the temptations of further ketamine use.

There are two major types of facility you can use:

Inpatient rehabs are centers where you live at the clinic for a set period of time – typically between 30 and 90 days.

Outpatient treatment programs allow you to go home each day after treatment, although they do expose you to the temptations and triggers of your everyday environment.

Whether residential or outpatient treatment is right for you, therapy will be part of the treatment. Cognitive behavioral therapy is particularly useful, as it helps you see the reasons behind your ketamine use and allows you to discover ways to prevent it from happening again. You might also undergo a number of other therapies, including family therapy and motivational interviewing. All of these therapies seek to help you realize the underlying reason for your drug-taking behavior.

After you’ve finished with the therapeutic program, and your treatment team deems you’re ready, you leave the facility. Once you exit the rehab center, outpatient treatment and peer supports become more valuable and should be attended.

Ketamine was originally developed as an alternative to PCP, but it had more powerful side effects, so it was relegated to animals.

Ketamine remains a relatively unpopular drug among teens, partially due to the wider availability of other substances and high risks associated with ketamine. It still presents significant dangers to those unfamiliar with its use. To help a ketamine addict, call our helpline for free at 1-888-219-1939. You can also contact free drug abuse hotline numbers.

Club drugs such as ketamine are covered extensively by the NIDA. You can also read the following articles for more information:

Additionally, you can join the conversation today and get support by visiting our community forum.