Methoxetamine, also known as MXE, is a drug similar to ketamine and known for its hallucinogenic and dissociative properties 1. MXE (sometimes called “Mexxy,” “M-ket,” “Special M,” or “legal ketamine”) is commonly sold on the internet as a “research chemical” and labeled as “not for human consumption,” in order to avoid federal regulations 2.

It is often falsely marketed as a safer alternative to the synthetic drug ketamine; however, it has been shown to cause numerous physical and mental health problems at high doses—including psychotic reactions and cerebellar toxicity—and is shown to have a high addictive potential 1,2.

Between 2011 and 2013 there were 20 deaths involving MXE, as well as 120 non-fatal overdoses reported in Europe 4. Many of these reports involved mixing MXE with other drugs, thereby increasing the risk for complications.

MXE abuse is a growing problem worldwide. A global survey revealed that usage increased considerably in the United States between 2011 and 2012 3. It may be appealing not only because of its ability to cause pleasurable and euphoric sensations in the user 2 but because of its affordability, easy accessibility, and perceived safety as compared to other drugs like ketamine. MXE has especially grown in popularity among club goers 2. This may be due, in part, to the fact that MXE offers a slower onset time and longer duration of peak effects compared to ketamine 3.

MXE can be found in powder, tablet, capsule, or liquid form, and may be inhaled, injected, or taken orally 2. Users may also combine it with other drugs—often benzodiazepines, opioids, amphetamines, cannabis, and synthetic drugs 2.

While it is often marketed as a safe alternative to ketamine, it can cause numerous mental and physical health problems from anxiety and fear to vomiting and respiratory depression. Even one-time use can cause serious symptoms that may lead to death.

MXE abuse can be extremely dangerous and even fatal. If you’re using MXE, you can find help today by calling us at .

Someone who is intoxicated by MXE may experience the following 2:

They may also experience distressing symptoms such as 2:

MXE is a risky drug that poses dangers to users. Abuse may lead to physical health problems such as those listed above. In addition, however, MXE has been found to cause 2: 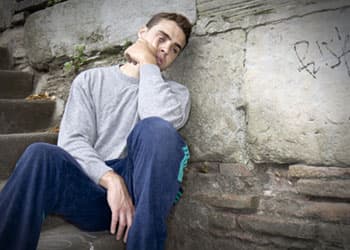 An overdose can occur when a person consumes too much of a drug, or more than his or her body can handle. In some cases, high doses of MXE can be fatal 2. The risk for death increases when it is combined with other drugs. Many reported cases of fatal intoxication involved other substances, making it extremely difficult to isolate which drug caused which symptom. For example, one case of a man intoxicated by MXE and amphetamine suffered from respiratory failure, hyperthermia, rhabdomyalsis, and seizures, dying 4 weeks after his initial presentation at the emergency department 2. Any use of MXE—especially in combination with other drugs—may cause dangerous and sometimes fatal symptoms.

The lack of federal restrictions on the sale of MXE in the United States means that it is easily accessible by teens and may even be purchased over the internet 3.

Abuse of drugs like MXE in adolescents and teens can have a negative impact on brain functioning and the ability to learn, memorize, exercise judgment, and control his behavior. 7 Early drug use can also increase a teen’s risk for developing an addiction.

Teens of all ages may be at risk of abusing drugs like MXE 8. Taking steps to prevent teen drug abuse may minimize the risk of addiction and long-term physical and mental health problems. Parents, teachers, and community members may help reduce teen MXE abuse by taking the following steps:

Taking preventative steps can help reduce the number of teens who abuse MXE and the long-term risks for addiction. In some cases, treatment may be necessary for teens and adults who are already abusing MXE and finding it difficult to quit.

If you love someone who’s abusing MXE, help is available. Call to find a program today at .

The National Institute on Drug Abuse (NIDA) provides in-depth information on hallucinogen and dissociative drug abuse, why people use drugs, and the effects on the brain and body in the Research Report Series: Hallucinogens and Dissociative Drugs.

NIDA also provides information in Mind Over Matter: Hallucinogens, a resource for teens and children on the effects of hallucinogens.

You may also check our related pages:

Join the conversation about drug abuse and recovery today at our Forum.