Hashish is a product extracted from the trichomes (fine hair-like outgrowths) of the cannabis plant as well as from the flowers and fragments of leaves and stems. Hashish contains essentially the same active ingredients found in marijuana, including THC; however, the concentration of these chemicals is much higher in hashish than it is in marijuana — the average proportion of THC in marijuana in the US is around 5%, whereas the THC in hash ranges from 5-15%. Hash oil is produced by solvent extraction of hashish and/or marijuana and typically has even higher levels of THC.

Hashish is typically sold in blocks of solid resinous preparations, but the appearance can vary and may range from a paste-like substance to yellow or brownish or even black blocks. Hash oil is often a golden syrupy-like substance. Hash is typically smoked or eaten, with much quicker effects occurring when smoked.

THC acts by binding to neurons in the brain called cannabinoid receptors. This action results in physical, emotional, and cognitive effects that will be detailed below.

There have been numerous investigations of the medicinal effects of cannabis products and the substances that occur in them, particularly a substance known as cannabidiol. Several states in the United States have legalized marijuana — the most common form of cannabis being used today— for medicinal purposes, and some states have legalized it for personal use. However, it should be noted that the United States Drug Enforcement Administration (DEA) still considers cannabis a Schedule I controlled substance, meaning that it is considered to have no medicinal use and a high potential for abuse.

Hashish is typically smoked in pipes or water pipes (often referred to as bongs). There are some cases reported where individuals use vaporizers that collect THC from the hashish and store the vapor, allowing the person to inhale the vapor and not the smoke. Users can also add hashish to food or brew it in a tea.

The potent concentration of THC present in hashish presents a number of problems for individuals who use these products. Research has suggested that there has been a dramatic increase in emergency room visits due to cannabis intoxication in states (such as Colorado) that have legalized cannabis use, and where the potency of cannabis products is quite high.

ER visits as a result of cannabis abuse in Colorado increased 57% between the years 2011 to 2013. Individuals who use hashish with very high levels of THC, such as hash oil, expose themselves to severe effects and the potential for developing an addiction.

Signs and Symptoms of Hash Abuse 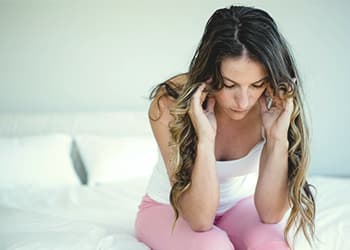 Hash use and abuse can cause a number of signs and symptoms that may include:

Using hash over an extended period of time may produce a range of negative effects, including:

Other negative consequences associated with hashish addiction include:

You can get help for yourself or someone you love. Learn how.

Reliable statistics specifically concerning hashish usage in the United States are not readily available. There are a number of statistics regarding the overall use of cannabis products, however:

The use of cannabis products in individuals under the age of 18 is often portrayed in a romantic vein in the media, especially in film. The media and many advocacy groups for the legalization of marijuana in the United States may often exaggerate the medicinal benefits of cannabis products such as marijuana and hashish, and downplay their potential for abuse, physical dependence, and the development of substance use disorders. The social and political climate regarding cannabis products is slowly changing from one of prohibition to one of acceptance.

The American Society of Addiction Medicine (ASAM) reports that there are several risk factors associated with developing a cannabis use disorder. Several of these are directly related to age, peer pressure and hashish usage: 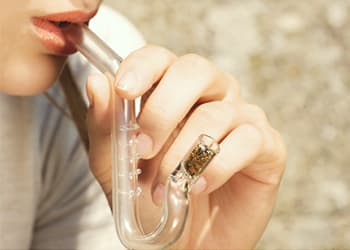 Programs focused on education, especially those that explicitly lay out the facts regarding hashish and other cannabis products, can help prevent teens from choosing to use hash.

For more information, please check out the following pages:

To join the discussion, visit our Forum  today.