Can You Get Addicted to Heroin After the First Use?

Trying heroin can set into motion a pattern of use that can be dangerous and deadly.

Heroin has the reputation of being one of the most addictive illicit drugs. Many government and academic institutions all report that heroin is either very addictive or highly addictive. Adding to the risk associated with the substance is the number of people shown to abuse the drug. According to the National Institute on Drug Abuse (NIDA):

Heroin use is strongly associated with addiction, but can you get addicted to heroin after using it just once? With statistics like those above suggesting nearly a quarter of those trying it later becoming addicted, it doesn’t seem out of the question. However, the governmental and educational leaders in the field do not say definitively either way. What they do know is that trying heroin can set into motion a pattern of use that can be dangerous and deadly.

What Happens the First Time You Use Heroin?

It’s important to understand that even first-time heroin users can overdose. Heroin varies in potency and even ingredients – you can’t be sure what your heroin is cut with when you buy it on the street. This was illustrated in a recent outbreak of overdoses linked to heroin cut with fentanyl, an extremely potent opioid painkiller.

So if you’re wondering whether it’s safe to try heroin just once, the answer is no: every use puts you at risk.

Heroin is an illegal substance that is derived from morphine, which is the active opiate alkaloid compound found in the opium poppy plant. Heroin users may abuse the substance through:

Misconceptions exist regarding the risks associated with the various methods of administration. Some opt to smoke or snort the substance due to a belief that this markedly reduces the addictive quality, but this is not the case. (It is true, though, that avoiding injection use reduces the risk of hepatitis and HIV/AIDS.)

Whether smoked, snorted, or injected, heroin acts quickly in the body – with each method’s effects influenced by how soon it can reach the brain. Consider the speeds of the following routes according to the Center for Substance Abuse Research:

At first use of heroin, the user will experience a high, sometimes called a “rush,” dictated by various factors including:

The first high is likely to be the most intense for someone using heroin. This is because as use continues the body quickly develops a tolerance to the drug, with its pleasurable effects becoming somewhat muted with each successive use. Development of tolerance is associated with a phenomenon called “chasing the high” in which users continually take more, buy more potent drugs, or change the method of administration in an attempt to recreate that first high.

Why Do People Use Heroin?

The intense high and its speed of onset are major attractions for users. Curiosity about the drug is a reason that people begin heroin use. According to the NIDA, common reasons for substance abuse include:

Another major portion of current heroin users consists of those that have abused opioid painkiller medication. The transition from opioids to heroin is frighteningly common because heroin provides a similar high at a much cheaper price point. Further, many states are cracking down on the distribution of painkillers, leading those unable to access the painkillers to look elsewhere, often to heroin. NIDA estimates that nearly half of all heroin users have abused opioid painkillers.

Before you try one of the world’s most addictive drugs, consider the effects.

Heroin will provide a “rush” in a short amount of time. The “rush” will be experienced as an extremely pleasurable feeling. Immediately following the rush, the user may experience:

Since heroin is a central nervous system depressant, its use is associated with the slowing of normal bodily functions. Someone on heroin is likely to experience:

A large or especially potent dose of heroin can lead to:

It’s imperative to act immediately in an overdose situation. Naloxone, known by the brand names Narcan and Evzio, can aid in reducing and reversing symptoms of overdose and can save a life when given early. Some communities hit hard by heroin use dispense naloxone kits in the hopes of preventing overdose deaths.

What Does Heroin Do to Your Brain?

Heroin – essentially a slightly modified morphine molecule – is metabolized back to morphine once it has crossed the blood brain barrier and diffuses throughout the nervous system. This sudden supply of morphine interacts with the body’s opioid receptors, prompting a complex cascade of molecular events that ultimately results in heightened activity of a brain communication chemical known as dopamine. Dopamine is a neurotransmitter integrally linked with feelings of pleasure and reward.

These artificially amplified feelings of wellbeing serve to encourage continued use and promote the development of compulsive drug-seeking behavior. However, as repeat users become increasingly tolerant to the drug, these pleasurable feelings become more fleeting and, eventually, altogether elusive. Persistent dopaminergic over-stimulation eventually results in the brain becoming ineffective at adequately producing the normal feelings of pleasure typically linked with healthy and life-propagating behavior—such as eating a good meal, or sexual activity.

Over time, the artificially reinforced link between heroin and pleasure makes it extremely difficult for dependent individuals to stay abstinent from the drug. Here’s how it works: first, the brain associates heroin with pleasure; next, environmental cues associated with use – like seeing a syringe or interacting with friends who’ve participated in drug use – may send signals to the brain that prime the dopamine response and produce an overwhelming urge to use.

As a heroin user begins to associate heroin with the only source of real pleasure, he may begin focusing on the drug as a sole means of meeting his needs and neglecting other aspects of his life. This can lead to:

This continued, compulsive use in the face of mounting negative consequences is at the root of addiction.

Long-term physical risks of heroin use include:

If you’re beginning to experience some of these repercussions of use, it’s time to seek help. Call 1-888-744-0069 to learn how treatment can restore your health and wellbeing.

How Do You Get Addicted to Heroin?

The path to addiction is different for each person, as it is not one factor that influences this status; it is several. The propensity to abuse heroin is impacted by both genetics and environmental risk factors like:

The Path to Heroin Addiction

It’s compelling for some to try heroin just one time to see what it’s like. But in many cases, use doesn’t stop after the first hit. The high is so intensely pleasurable to many that the desire to get those feelings back is exceedingly difficult to combat.

As tolerance develops with repeated use and ever-increasing amounts of heroin are required to get the same sensations, the user is at risk of eventually become heroin-dependent. Dependence is characterized by the adaptation of the body to the presence of the drug so that it feels like it needs the drug to function as normal. Dependent individuals will begin to crave heroin intensely and experience withdrawal symptoms when unable to use. Eventually what began as a pattern of seeking a high turns to a pattern of withdrawal avoidance, a key indicator of addiction.

When you’ve become addicted, you continue to take the drug even when known adverse consequences result from use.

What to Do If You’re Considering Trying Heroin 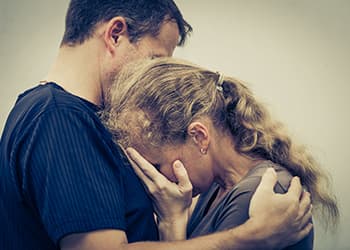 Despite the risks and the dangers, some still contemplate using heroin for the first time. Before making such a potentially life-altering decision, you may want to consider if the short-term benefits offset the long-term risks and if you are willing to ruin your relationships, financial stability, and freedom by using heroin.

Drug use can be a lonely and isolating journey. Before trying arguably one of the most addictive drugs, seek the feedback and opinions of the trusted people in your life. Friends, family members, and religious officials can provide support and guidance. You can also visit a support group or call a hotline if you are feeling compelled to use.

Medical and addiction professionals can also be great sources of information about how heroin affects someone—both physically and psychologically, in the short and long term.

Using heroin once may not be a problem, but due to the highly addictive quality of the substance, many people continue using in spite of their best intentions. If you are looking for more information on heroin or heroin addiction and treatment, please call 1-888-744-0069 today.