Heroin is one of the most common, addictive, and lethal drugs in the world. A morphine derivative, heroin is sold illegally in the form of white or brown powder, or a sticky black substance known as “black tar heroin”. In its various forms, heroin is snorted or smoked, or it may be dissolved in water and injected intravenously. All routes of use – smoking, snorting and shooting up – deliver heroin extremely quickly to the brain to provide powerfully addictive effects 1.

In the brain, heroin is converted back into morphine and binds to opioid receptors 1. This molecular interaction leads to a decrease in subjective feelings of pain and, through an associated, subsequent increase in dopamine activity increases feelings of pleasure and well-being (euphoria).  This latter effect in particular provides one explanation for why heroin is highly addictive.

Some of the dangers of heroin use, including its long-term effects on the brain, remain unclear. Others, however, are very well established. One of the most serious is heroin overdose. Heroin has experienced a recent resurgence in the U.S., which has, in kind, resulted in more overdose deaths. According to the U.S. National Library of Medicine, 2014 alone saw more than 10,500 deaths from heroin overdose 5, up from 8,200 the previous year 3.

Signs and Symptoms of Heroin Overdose

Overdosing on heroin is potentially lethal and requires immediate medical attention.  Signs and symptoms may vary depending on 5:

Overdosing on heroin can be the result of a number of factors, working independently or in concert.

One inherent risk of using heroin intravenously is an ignorance of the amount of heroin being consumed, e.g., injecting an unknown amount.

Other substances, like cocaine and other stimulant drugs, elicit a physiologic response that somewhat opposes the effects of heroin. Because cocaine, for example, is a stimulant and heroin is a depressant, they create counteracting effects in the body and brain that may make the user less able to sense an impending overdose. However, this combination, commonly referred to as a “speedball,” can be extremely dangerous not only because users are susceptible to the effects of both drugs but also because users may be less aware of heroin’s intoxicating depressant effects and consume higher-than-normal amounts, placing themselves at extreme risk of overdose 9.

Heroin overdose is also more likely to occur in those who relapse from heroin 8. This happens because taking heroin regularly, like many other substances, results in tolerance to the drug, meaning that more of it is required to achieve previous effects.  Individuals who then abstain from use for some amount of time may experience a decrease in their tolerance level, and place themselves at risk should they relapse and attempt to take the same amount of heroin they were recently taking 6.

What to Do in Case of Heroin Overdose

Heroin overdose can be fatal if not addressed quickly.  If you believe that a friend or family member is abusing heroin, you should be prepared to deal with a potential overdose. Proper action will more likely ensure the victim’s safety or increase their chance of survival.

The first step in responding to a heroin overdose is calling 911.  If possible, provide emergency operators with the victim’s:

NOTE: A majority of states have laws that provide protection from arrest for possession of illegal drugs or paraphernalia if emergency help is sought for overdose, so do not hesitate to get help for fear of legal consequences.

The next step calls for a closer inspection of the victim and potential intervention:

Continue providing supportive breathing if the victim cannot breathe on their own or is showing signs of severely labored breathing. If the victim begins to breathe on their own, continue monitoring them until help arrives 7. Naloxone will typically work for 30-90 minutes 7, so it is imperative to get the person emergency help, even if they revive or the symptoms alleviate, as overdose symptoms may return when naloxone wears off.

The recent surge of heroin use in the U.S. has prompted scientists and politicians to search for an underlying cause.  However, many already had a theory in mind.  A similar epidemic was spreading throughout similar parts of the U.S., namely the northeast: prescription opioid pain relievers (OPRs). 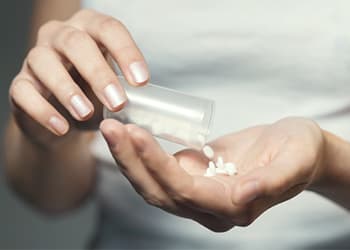 While the association between OPRs and heroin use has not been fully explained, the evidence is close to overwhelming.  One major piece lies in data revealing a sharp rise in prescriptions of OPRs in the last 20 years 6. This increase, it is thought, has made prescription OPRs more widely available, and, by extension, more readily accessible to those who use them illicitly.

When pills are no longer available through friends or family members, for whom the medication was prescribed, illicit users buy them off the streets. Prescription OPRs, however, are much more expensive then heroin and can be difficult to obtain. Because heroin is cheaper and provides very similar effects to painkillers, many users often switch over to heroin at some point to maintain the high at a cheaper price point 6.

The first process in treatment is finding safe and effective detox. Heroin withdrawal is not likely to be physically dangerous; however, it can be taxing enough on the body and mind to trigger relapse, which can increase the risk of overdose 8. Detox centers can make detoxification more tolerable and provide a safe environment where patient safety is constantly monitored. Certain detox centers may also provide medications, such as methadone, buprenorphine, or naltrexone to alleviate the more several withdrawal symptoms and cravings to reduce relapse risk.

Inpatient treatment centers provide a safe, immersive treatment environment, with around-the-clock supervision. Hospitals and government run treatment centers are examples of inpatient care, and usually provide 24-hour care at a lower cost.  However, you may not find the same amenities that you would at a private rehab program.  For example, government-run programs might not provide private rooms or extra therapies like art classes or exercise programs.

You don’t have to suffer from heroin addiction another day. To start again, call . Our treatment placement advisors can help you take your first step today.