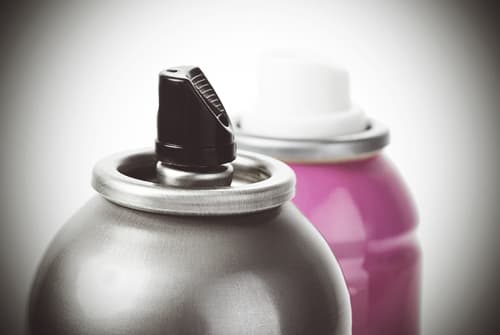 Inhalants cover a phenomenal range of chemicals—anything that can be inhaled without burning or heating. Inhalant abuse can mean sniffing the fumes of:

Someone who abuses inhalants by spraying them into their mouths could suffer from a frozen trachea.

What happens here is that the aerosol has to change from being a liquid to a gas, and it needs heat to do so. It takes heat from the surrounding area – normally the mouth – and this can lead to freezing, an agonizing way to die.

The long-term effects of inhalant use tend to be extremely nasty. Brain damage is the top one. Because these drugs quickly penetrate the blood-brain barrier (a protective ‘shield’ around the brain), you’ll notice that the effects kick in quickly. However, adding a load of butane gas to your brain isn’t healthy. Associated with brain damage are muscle weakness and depression. You might also notice a loss of sensation and severe nosebleeds.

As with many drugs, the long-term effects can include death. The body simply is not designed to handle inhalants, and the most common way to die is known as sudden sniffing death – the heart simply stops after inhaling solvents. This can happen the first time you inhale solvents or the thousandth time.

Generally, anyone who has been found sniffing inhalants should get treatment immediately. If a person is unconscious, call 911 immediately and remove them from the toxic environment of the inhalant. After that, the person needs to attend an inhalant rehab to get treatment.

Usually, treatment consists of getting the person stable and in a position where they can attend therapy. The individual will receive treatment in the ER for any medical complications related to the inhalant use.

Therapy is the next step. Therapy will help the addict to understand why they took inhalants and the dangers of doing so. It will also aim to address any underlying causes, including depression or antisocial behavior disorder. Because inhalants tend to be popular drugs of abuse among teens, those dealing with inhalant addiction will likely be specialized in dealing with younger people.

Once a patient is judged well enough to leave the treatment program, they will be released (if they are in a residential rehab) or the program will simply end (for an outpatient clinic). Attending relapse prevention programs and support groups is the next step while the recovering addict creates new friendships and aims to stay away from the conditions that lead to the inhalant abuse. Recovery is a lifelong commitment so continued support is needed.

According to the National Institute on Drug Abuse (NIDA), more than 21 million Americans 12 years old or older admitted to using inhalants at least once in their lives 1. Because even one use can be fatal, this number is alarming.

While inhalant use is generally more common in teens (see below), it is not limited to this population. NIDA found that 13.1% of Americans between 18 and 25 admitted to using inhalants at some point, while 9.6% of Americans over age 25 report at least one lifetime use 2. 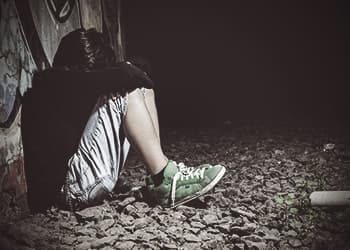 Teens form the bulk of the inhalant-using population, with around one in 11 teens or young adults trying them at least once.

According to the National Institute on Drug Abuse 5:

By keeping solvents and sprays well away from children and teens, you can greatly reduce the risk of abuse. To help an Inhalant addict, call our helpline today for free at for more information.

You can also contact free narcotics and drug abuse helplines.

NIDA has a great fact sheet on inhalants for teens, and there are numerous inhalant statistics to be found on its main website. The following articles will also provide additional information:

Want to join the conversation on substance abuse and addiction? Join our community forum today.