Kratom (Mitragyna speciosa) is a psychoactive botanical substance derived from a tree native to Southeast Asia and certain areas of Africa. Kratom has long been used in traditional medicine, but more recently, the drug has seen more widespread use throughout the world for medicinal and recreational purposes, for issues such as 1:

Some of the active chemical components in Kratom bind to and activate opioid receptors the brain, which helps explain the substance’s ability to elicit pain relief and euphoria 1. The full pharmacologic properties of Kratom aren’t fully understood, and there remains a great deal of debate over the safety of the drug. In fact, the National Institute on Drug Abuse (NIDA) has identified Kratom as an emerging drug of abuse. This is due in large part to numerous studies having found that Kratom use is associated with psychosis, seizures, and even death. The Drug Enforcement Administration (DEA) confirmed that Kratom was involved in 15 deaths from 2014 to 2016 2. However, there are no published studies about how much Kratom it takes to overdose, so it is difficult to determine how much is safe to consume 1.

If you or a loved one is struggling with Kratom abuse or addiction, give us a call today at to speak with one of our treatment support specialists. We are available around the clock to help you find the best Kratom rehab program in your area.

Signs and Symptoms of Kratom Overdose

Kratom has been on the DEA’s list of drugs of concern for several years because of its potential for toxicity and overdose 2. And because of the number of fatalities associated with its use, the United States is considering scheduling Kratom as an illicit drug 2.

In a study conducted on Kratom use and overdose, the Centers for Disease Control and Prevention (CDC) used reports from the National Poison Data System to investigate the prevalence of Kratom use based on the number of Kratom-related incidents that resulted in poison control calls. Between 2010 and 2015, calls to poison centers associated with Kratom use increased from 26 in 2010 to 263 in 2015, and more than 40% of the calls to the poison centers were serious or life-threatening cases 3.

People who called the poison centers reported the following signs and symptoms of a Kratom overdose 3,4:

Because Kratom use appears to be increasing in the United States, and given the unwanted health effects it can have, both users and health care providers should be aware of kratom’s side effects and health risks 5.

At a low dose, Kratom produces 6:

Longer-term use is associated with 6:

While overdosing on Kratom alone is of obvious significant concern, the risks of overdose and other adverse effects may be heightened when consumed with alcohol or other drugs 4. One case report of a person who went to the emergency room for seizing and a coma following Kratom use tested positive for other drugs (including marijuana, antidepressants, and oxycodone) in their system 4.

In a dose-dependent fashion, Kratom elicits both stimulant and sedative effects. This unusual spectrum of effects makes taking the drug on its own quite unpredictable and potentiates the extreme dangers of mixing it with other drugs such as benzodiazepines and narcotics 3,6.

We know that struggling with a substance use disorder can be overwhelming. That’s why we have treatment support specialists available 24/7 to help you find treatment. Give us a call today at to speak to a member of our support team so you can move one step closer to overcoming addiction.

What to Do If You Overdose on Kratom 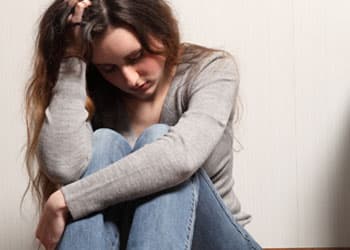 Kratom overdose signs might not be as recognizable or immediately obvious as those associated with alcohol, benzodiazepine, or opioid overdose. However, overdosing on the drug is a distinct risk and can absolutely be dangerous. If you are near a person you suspect may be overdosing on Kratom, try to stop them from taking any more drugs and call 911 immediately.

Other steps you can take to prevent further harm to the person who has just overdosed involve first remaining calm and trying to keep the overdosing person calm. Then follow up with these steps, as necessary:

It can be difficult to know if a person has overdosed, but if you think a person needs medical help, you should call for emergency help immediately.

Like other drugs of abuse, Kratom can lead to dependence (which can lead to feeling physical withdrawal symptoms when not taking the drug), tolerance, abuse, and addiction4.

Withdrawal symptoms from Kratom include 6:

If you abuse Kratom, the best way to avoid overdose is to first stop taking the drug and then seek out treatment. There are a variety of options available when it comes to drug treatment, so you can find one to fit your needs.

Given the lack of research on kratom, there are no therapies that are approved to specifically treat addiction to the drug, so clinicians generally use proven, evidence-based drug treatments 9.

No matter where you are in your addiction to kratom, there is help available. Give us a call today at to speak to one of our supportive and non-judgmental staff members.