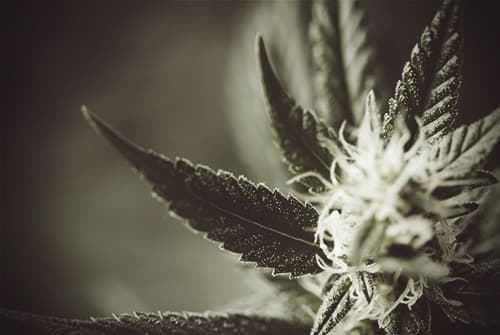 Marijuana has roots as far back as 2737 B.C. It has been referenced in ancient Chinese medicine, and soon spread from China to India, North Africa, and Europe by 500 A.D. Historically reported medicinal uses included treating rheumatism, gout, and malaria.

Recreational use became popular in India and among the Muslim population, leading to the development and popularization of hashish (concentrated psychoactive resins from the cannabis plant).

In 1545, Spanish explorers brought the plant to North America. By 1611, it was introduced in Jamestown and it quickly became a staple commercial crop. By 1890, cotton replaced hemp (marijuana) as the major cash crop, and marijuana effectively fell off the market.

When alcohol was outlawed in the 1920s, there was a big resurgence in marijuana use. At the time, smoking marijuana was legal and not considered a social threat. Marijuana clubs began popping up in major cities.

It was even listed in the United States Pharmacopeia from 1850 until 1942, used to treat a wide variety of ailments, including labor pains, nausea, and rheumatism.

Regulation and the “War on Drugs” 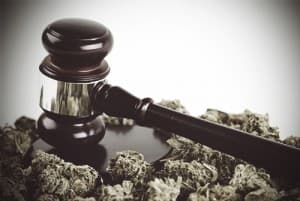 In the 1930’s, the U.S. Federal Bureau of Narcotics (now the Bureau of Narcotics and Dangerous Drugs) began a campaign to reframe the image of marijuana from a recreational fun and medicinal substance to that of an irresistible, addicting one that would lead straight into narcotics addiction.

Beat poets in the 1950s and college rebel “hippies” in the 1960s were the image of marijuana users during their eras.

In 1970, the Controlled Substances Act designated marijuana as a Schedule I drug, meaning that it has:

The Reagan and Bush administrations also maintained a “zero tolerance” policy on marijuana use and possession—now known as the “war on drugs.”

Worldwide marijuana use is highest in North America, Australia, and parts of Europe.

Youth and Marijuana Use

The following statistics paint a picture of use among teens:

The market for marijuana varies by state, depending on the legal status of the drug. Federally, it is only legal with a medical card. Each state determines its own laws regarding the legality of the drug.

The legal status has an effect on the price per gram. Street prices tend to be lower than medical dispensary prices, though Colorado has seen a price shift since first legalizing recreational marijuana, dropping 40% within one year of its first legalization in November 2012.

While federal law considers all marijuana illegal, state laws vary on the substance. As of 2015, 23 states, the District of Colombia, and Guam have voted to legalize medical marijuana. In these states, it is only legal for medical use with a referral and medical card, otherwise it is considered illegal and punishable by law.

Four states have legalized recreational marijuana: Washington, Colorado, Alaska, and Oregon. In these states, you do not need a medical card to purchase marijuana products, and possession of up to a specified amount is considered legal.

For more information on the legal status of marijuana in your state, check out the National Conference of State Legislatures (NCSL) website. Bear in mind that marijuana regulation may also differ by county or city, so be sure to look up your area’s specific rules.

2004 to 2015 saw a major increase in marijuana interest. This interest seems to be region-related, with the west coast states demonstrating a higher interest in marijuana than the east coast.

Federal legal penalties include potential misdemeanor and felony charges, depending on the nature of possession.

Many states that abide by the federal classification will use similar charges for possession, sale, and cultivation of marijuana. In states where medical marijuana has been legalized, a person caught in possession without a medical card may face misdemeanor charges, as long as the drug is for personal use.


With higher amounts of marijuana (generally an ounce or more), possession is considered intent to distribute and the charges may be more serious, such as a felony.

How Dangerous is Marijuana?

According to the DEA Marijuana Fact Sheet, there has never been a report of a marijuana overdose. However, this does not mean that marijuana is a safe drug.

Despite what many organizations may say, it has been shown to have abuse potential. In 2011, approximately 4.2 million people met the diagnostic criteria for abuse or dependence on marijuana (SAMHSA National Survey, 2012).

Marijuana abuse can involve a number of different risks, according to the World Health Organization (WHO): 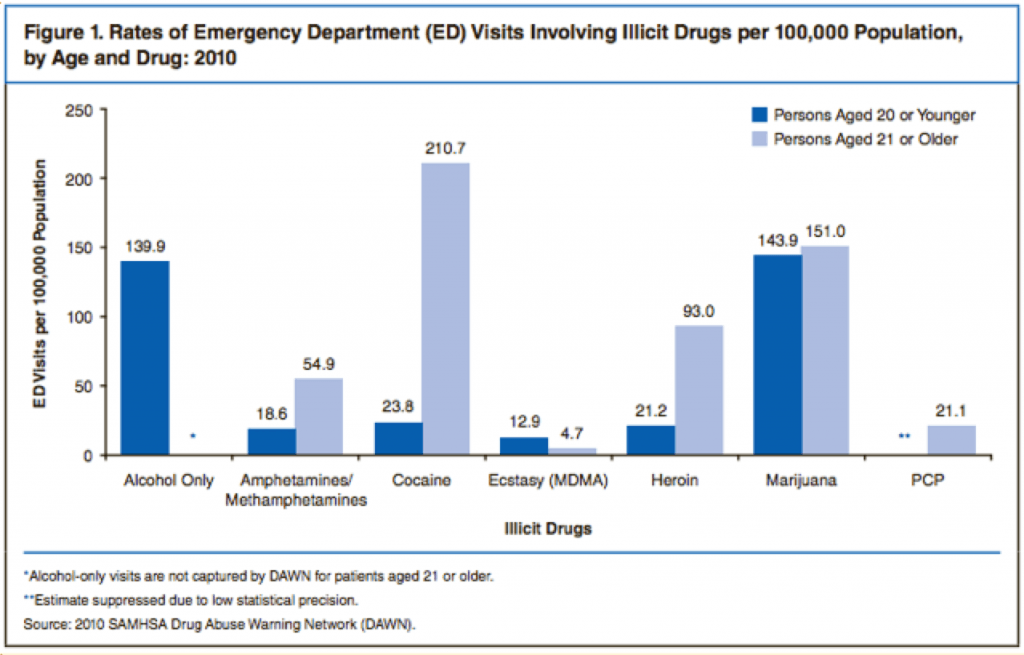 The potency of marijuana in today’s market is nearly triple the strength of what was available 20 years ago (Mehmedic et al., 2010), raising concerns about increased risk for users, especially to adolescents, as their brains are still developing.

While it has a reputation for being safe, like any drug it can have serious unintended consequences, and abuse can cause numerous problems. If you’re concerned about your use of marijuana, call to speak to someone who can advise you of your options for treatment.