Why Is Methamphetamine So Addictive?

Methamphetamine is a highly addictive chemically compounded stimulant. Similar in chemical structure to amphetamine, meth is widely and illicitly manufactured using a variety of production methods. Methamphetamine is a white, odorless, bitter-tasting powder. It can easily be dissolved in water or alcohol for rapid absorption.

Methamphetamine can be smoked, injected, snorted, dissolved, or taken orally. A majority of meth users consume the drug by heating and smoking the crystalline substance. Regardless of precise route of administration, methamphetamine’s stimulant effect arises directly from its molecular influence on certain brain and other central nervous system regions.

According to the Substance Abuse and Mental Health Services Administration (SAMHSA) in 2013, the average age of those admitted to recovery programs for methamphetamine treatment is around 33 years old. An equal distribution of males and females seek treatment for meth abuse. 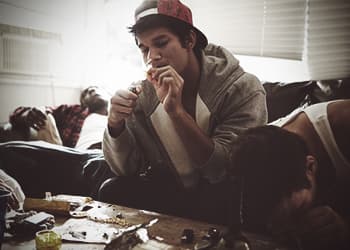 Using methamphetamine, regardless of method, impacts a number of neurotransmitter systems throughout the brain. Meth’s addictive potential is seen as a consequence of its chemical elicitation of rewarding euphoric sensations and mood enhancement capabilities—mediated in part by increased dopamine release in key brain areas. This can produce an incredible sense of well-being that may be difficult to replicate.

Your brain produces dopamine when you engage in activities that please you or benefit your survival (such as eating or sex). Meth essentially hijacks this system—manipulating your body into producing that rewarding feeling even though you receive no actual benefit from the drug. Essentially, your brain craves this rush of dopamine because when it is produced naturally it indicates some sort of life benefit. 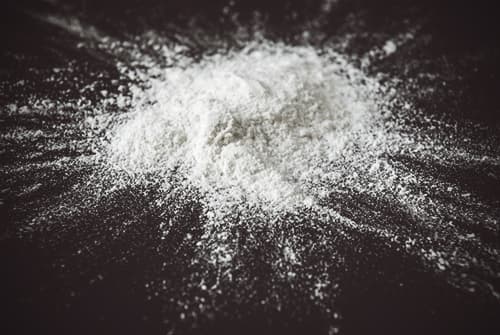 The methamphetamine “high” can produce desirable effects, such as:

These seemingly beneficial effects will decrease as tolerance develops with repeated or frequent use.

Tolerance refers to the state of needing more and more of a drug to achieve similar effects. The development of tolerance presents a significant risk for the eventual progression towards full-blown addiction to methamphetamine.

Tolerant users may also change the method of use to intensify results, such as turning to intravenous use when smoking the drug no longer produces the desired high.

Tolerance often happens very quickly as persistently elevated meth levels eventually lead to desensitization of dopamine receptors, influencing the user’s ability to experience pleasure. Some users may begin to fall into increasingly depressive states if they do not continue to increase the amount of meth used, the frequency with which it is used, or if they stop using it altogether. The development of tolerance and the inability to retrieve that initial high can lead the user to continually “chase the high”—putting himself at risk of increased health hazards, including overdose.

Long term, addicts can suffer from a consistent lack of interest in things that they once liked as well as an inability to experience pleasure due to alterations in nerve cells and pathways.

Methods of Use and the Effects of Methamphetamine

Methamphetamine influences users differently depending on the method of use.

Any route of use is capable of imparting a feeling of euphoria. Depending on the route used, the methamphetamine high can last anywhere from six to twelve hours.

Mixing Methamphetamine with Other Drugs

Meth remains a relatively popular drug because it has intense effects at a low cost. When used in conjunction with other substances, the dangers of meth use are amplified. Some dangerous combinations are:

With methamphetamine use, users may experience:

Long-term consequences of meth use may include:

When used routinely, meth can contribute to chronic feelings of despair and even suicidal thoughts. Meth addicts may frequently begin to neglect daily responsibilities including work, family obligations, and activities they once enjoyed.

Chronic meth use raises an individual’s risk of developing symptoms of psychosis or other mental health issues. Symptoms might include:

What Does it Mean to be Addicted to Methamphetamine?

Addiction to meth is usually attributed to the almost instant feeling of euphoria, known as a “rush”. After being introduced to meth, the user will experience an increase in energy, alertness, and eagerness. Often, users lose the desire to eat or sleep—lasting for a few hours up to a few days following each instance of meth use.

When a user has not slept for an extended period of time (around 3-15 days), they move into a stage commonly referred to as “tweaking,” wherein the user may experience the following:

Violent behavior becomes more common throughout this period of extended use. Other signs you may notice in someone who is “tweaking” include:

Be very careful when dealing with a meth user who is in this stage; they can behave unpredictably. This is a dangerous stage of chronic meth use due to an individual’s short-tempered mood, propensity to make quick and unpredictable choices, and their potentially maladaptive reactions to paranoia.

Withdrawal from methamphetamine is considerably difficult to manage. When the come down (“crash”) from the meth high begins, a user will lose the sense of energy and overall pleasure. They often will feel voraciously hungry (the body rebounding from a long-standing suppression of the drive to eat while on the drug) and experience exhaustion (due to not sleeping for an extended period of time).

After the crash is experienced, a more protracted period of physical withdrawal begins. Common withdrawal symptoms include

It is important to note:

Depression is the most common withdrawal effect in recovering meth users. Consistent meth abuse can alter an individual’s ability to derive pleasure from non-drug sources. Users may initially have a difficult time experiencing feelings of happiness without the drug, though this deficit may resolve with sustained abstinence.

How to Get Help for Methamphetamine Addiction 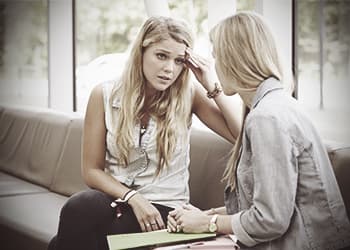 As is the case with many forms of drug addiction, often the most effective treatment plan is a personalized combination of medical support and therapeutic behavioral interventions, applied in either a residential treatment or outpatient setting.

For a number of reasons, some people are unable or unwilling to commit to a residential or inpatient program. In these cases, many have received help through the support of addiction treatment measures applied in an outpatient setting.

The therapist should work with the user to identify patterns of behavior, thought processes, life experiences and choices that may have led the user into a cycle of substance abuse.