Neurontin misuse is a growing public health concern—especially among opioid-abusing populations. The Neurontin high can produce desirable effects in users, such as feelings of euphoria and calmness.

Users may take Neurontin recreationally to get high and may also use it to intensify the effects of other drugs, such as opioids or alcohol.4

Neurontin is the brand name for gabapentin. Neurontin is an anticonvulsant medication; its intended use is to treat epilepsy with partial onset seizures and nerve pain related to shingles. However, the drug is frequently prescribed for off-label use for acute substance withdrawal-related pain, such as that associated with alcohol and heroin.1 Neurontin has been increasingly misused in recent years.

Side Effects of Abuse

According to the Food and Drug Administration (FDA), Neurontin use may be associated with suicidal thoughts or behaviors. Other Neurontin side effects include:2

Combining Neurontin with Other Drugs 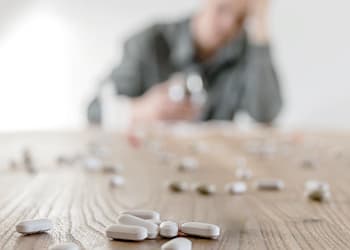 Mixing Neurontin with drugs or alcohol can be dangerous. According to case reports, Neurontin is often abused with other substances. For example, it is sometimes taken with quetiapine (antipsychotic medication used to treat schizophrenia, bipolar disorder, and depression) for a sedating, euphoric high. In fact, abuse of both of these drugs has been a problem at several prisons.3

It is also sometimes combined with methadone to enhance the opioid effects of that drug. In an article published by National Public Radio (NPR), patients taking methadone revealed that they regularly followed methadone use with a drug cocktail of Neurontin combined with Klonopin, clonidine, and over-the-counter allergy medicine.4

While combining Neurontin with other drugs can provide a better high, it also increases the chances of overdose.3

Is It Possible to Overdose on Neurontin?

According to the FDA, there are reports of acute overdoses of Neurontin from oral doses as high as 49 grams (maximum recommended daily dose is less than 4 grams). In these cases, people experienced drowsiness, diarrhea, double vision, and slurred speech.2

In order to prevent an overdose, you should not take non-prescribed amounts of Neurontin, or combine it with other drugs. If you think that someone you know has overdosed on the drug:5 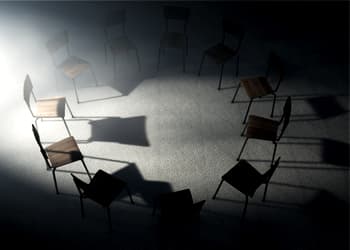 In a study performed using data collected by 6 substance abuse treatment clinics, researchers found that 22% of survey respondents admitted to abusing gabapentin and pregabalin (collectively referred to as gabapentinoids) along with methadone.6

According to the Drug Abuse Warning Network (DAWN), the number of visits to the emergency room in metropolitan cities for medical problems involving Neurontin increased by roughly 5 times over a period of 3 years. Samples from pain and rehabilitation clinics in IN, AZ, and MA showed that, of those taking Neurontin recreationally, more than half combined it with an opioid like methadone, while about a quarter of illicit users combined it with both an opioid and a muscle relaxant or anxiety medication such as Xanax.10

There are also some more recent reports that Neurontin is abused alongside kratom. While there is a lack of published studies on this combination, online forums provide anecdotal evidence of users taking these drugs together to achieve a high similar to that of heroin.

Due to the high rates of misuse among inmates, Neurontin was removed from several prison formularies. Five inmates who reported inhaling the powder from Neurontin capsules reported that the Neurontin high was similar to cocaine. All 5 inmates had a history of cocaine abuse and received Neurontin for pain or a psychiatric diagnosis.8

Withdrawal can occur among people who used Neurontin for as little as 3 weeks and symptoms can begin within 12 hours to 2 days after the last use.9 The effects of Neurontin withdrawal are similar to the symptoms of benzodiazepine withdrawal and may include sweating, anxiety, and irregular heartbeat.9

Abruptly stopping the use of Neurontin can increase your risk of seizures so attempting to detox alone may be dangerous. You can safely manage your symptoms by seeking out professional care with a medically assisted detox treatment program, which may be a standalone facility or the first part of a more comprehensive inpatient drug rehab program.

If you are struggling with a Neurontin abuse disorder alongside other drugs such as opioids or alcohol, withdrawal may be even more complicated and dangerous so it is extremely important not to try to detox alone at home.

Once your body is clear of Neurontin and any other substances, treatment for addiction may begin. Options include:

If you need help with drug abuse or addiction, contact American Addiction Centers (AAC) for free at . You can also contact free drug abuse and narcotics hotline numbers.