The Effects of Soma Use 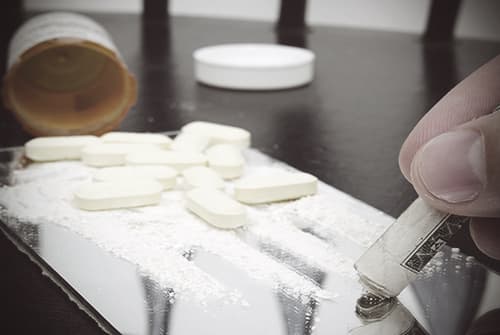 Soma (generic name: carisoprodol) is prescribed for short-term relief of acute musculoskeletal pain. It is intended only to be used for short time periods (generally up to 3 weeks).

The therapeutic effect of Soma is effectively to interfere with pain sensation signaling that occur between peripheral pain receptors (nerves) and certain areas of the central nervous system (the brain). In addition to the modification of pain signaling, Soma and its main metabolite (meprobamate) exert mild sedative effects.

Many Soma users find the sedative effect of carisoprodol to be pleasant which, in turn, can drive a compulsion for continued use.

When taken as prescribed, it is generally viewed as safe. For that reason, it has not yet made it onto the DEA’s controlled substances list. However, it can be addictive. In fact, some states have listed Soma as a scheduled substance.

Soma is metabolized in the body to a second compound called meprobamate, which is a Schedule IV substance. Meprobamate was marketed as a prescription sedative (trade name: Miltown) beginning in the mid-20th century. It has a demonstrated potential for abuse, but as a standalone sedating agent, has been largely replaced these days by benzodiazepines and other types of more effective anti-anxiety medications.

Soma abuse and addiction occur when:

Soma can heighten the dangerous effects of all of these substances, making the risks of concurrent use all the more serious. Unfortunately, this has become a common trend, as Soma is a relatively easy to obtain and a popular prescription drug of abuse.

However, it is not without negative side effects, and Soma abuse, in particular, can result in a number of dangerous reactions, especially when drug combinations are involved.

Because Soma has some sedative properties, its side effects mirror those of other sedatives, especially when taken in excess. These include:

The long-term effects of Soma are typically reserved for those exhibiting prolonged abuse of and/or dependency to the drug. An addict of Soma, like any other drug, will begin to manifest certain behavioral changes, such as:

The body is also susceptible to damage from long-term use of Soma (and other drugs, if combined). Sustained use may cause organ damage, respiratory troubles, and seizures, among other effects.

While there is the potential for those who take it to develop tolerance and dependency on the drug from taking excess doses, Soma addiction is frequently seen in a setting where users combine it with other drugs and/or alcohol.

Effects of certain mixtures, such as Soma and Vicodin, can mimic the feelings associated with heroin use.

Misuse of Soma can quickly lead to abuse and dependency, as well as all of the negative physical and social aspects of addiction.

One indication that Soma is actually more addictive than may be thought by some is that it produces a number of withdrawal symptoms upon abrupt cessation of use.

Fortunately for those seeking to get off of it, withdrawal from Soma is not as severe as withdrawal from narcotics or alcohol, which can be highly addictive and produce dangerous and life-threatening withdrawal symptoms. 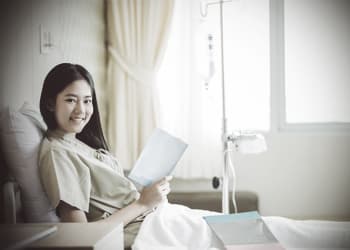 Someone who has been abusing Soma may experience the following symptoms of withdrawal:

Treatment for Soma abuse can get a little tricky when concurrent abuse of other substances comes into play. In these instances, the multi-substance abuser will likely need to withdrawal gradually from use of any Vicodin, codeine, alcohol or any other substance as well.

In the case of alcohol and certain other sedatives, the period of detox and withdrawal should be completed under the watchful supervision of a medical professional, as certain symptoms may arise that could be quite severe and/or life-threatening. Inpatient rehab centers often include medically supervised detox to ensure safety and maximum comfort during the process.

To enlist the help you need to overcome your Soma habit, and to determine whether a structured period of detox and withdrawal is necessary, please call to talk about your treatment options with an advisor from our treatment support team.