Imagining Life Without My Daughter Pushed Me to the Edge

Watching addiction destroy your child's life can push a parent to the brink of insanity.

Lisa’s mom, Jane, was at the end of her rope. For the third time in eight weeks, she had to go pick up her drunk daughter.

Jane was exhausted and she certainly wasn’t looking forward to seeing Lisa go through the detox process again. She wanted to be kind and compassionate, but those emotions seemed to be out of reach.

As they sat together on the couch, Jane got angry and her brain began working overtime.

The Definition of Insanity 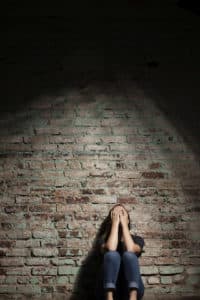 “Are you just going to sit there and stare?” she asked Lisa, exasperated. “You’re going to lose your job and your apartment. Do you even care?”

Lisa looked at her mom with glazed eyes and a blank expression on her face. Just like so many times before, she was there, but she wasn’t really there. Jane felt like she was talking to a wall.

“I’ll get therapy,” Lisa said weakly. Her mother had heard this before, however, and her daughter never followed through with it.

“Lisa, you’ve said all this before. I can’t and won’t keep rescuing you. You have to get real help.”

“I know,” Lisa mumbled, but she wasn’t really answering. She was drifting off to sleep. Jane wondered if Lisa even cared if she lived or died anymore. It seemed the only thing she cared about was her next drink.

Jane began to reflect on what could have driven her baby girl to such indifference about her own existence.

She and Lisa had endured a difficult life; she split with Lisa’s dad when Lisa was two. Even though Lisa’s dad never missed a child support payment and saw his daughter regularly, they’d struggled financially.

Jane also knew her daughter had experienced some tough things as an adult. Like many others with substance abuse issues, Lisa went through some pretty severe traumas. Her father died as a result of his alcohol abuse; her baby brother died from heart disease severely complicated by years of prescription drug abuse.

But none of those things stopped Jane from being furious in this moment, because her daughter refused to face her own drinking problem.

Erratic thoughts flooded Jane’s mind. Thoughts of Lisa lying dead on the couch where she slumbered, once again sleeping off dangerous levels of blood alcohol. She began to imagine a peaceful existence, one without 2 a.m. drunk phone calls and rushed trips to the city (an hour away) to pick up a grown woman too drunk to stand up or walk to the car. A life without her would be sad, but it would be quiet.

“No, these are crazy thoughts,” Jane said to herself as she pushed them out of her mind. “What kind of mother would think such things?”

Then she remembered something she’d read on a support group for parents. Crazy thoughts are normal. You can’t help but be angry as you watch your precious baby destroying themselves.

If you’re a parent in a situation similar to Jane’s, do what she did: Forgive yourself when you find these “crazy thoughts” running through your mind, and focus on doing what you can to help them get help.

Additional Reading: Are You Helping Or Enabling? 7 Ways to Spot the Difference