Is This New Drug the Holy Grail of All Pain Relievers? 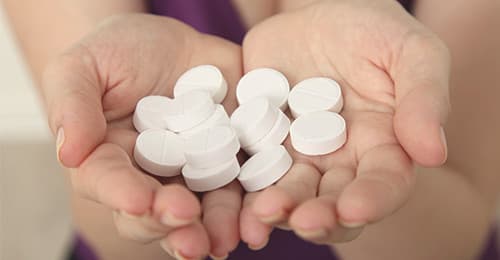 Millions of Americans suffer daily from chronic pain. Factor in all the people managing temporary pain after accidents or surgeries and you have a massive number of people on prescription painkillers.

Abuse of morphine, an extremely powerful and addictive opioid results in thousands of overdose deaths each year. Like other opiates, morphine has its drawbacks. In fact, the drug has over 25 official side effects that impact our behavior, brain, body, psyche and sexuality. It can even be lethal in high dosages.

In an effort to offer safer alternatives, researchers at Louisiana Veterans Health Care System have developed a new drug that delivers the same pain relief without the addictive qualities and other lethal effects of morphine.

A Drug That Doesn’t Take Your Breath Away

One of the major concerns with opioids is their ability to slow the respiratory system. Unfortunately, this can turn fatal if the system is slowed too much. This is often the result of tolerance build-up, which prompts people to take more than prescribed. Fortunately, this recent study unveiled a potential morphine alternative that side-steps all the concerning effects. Scientists engineered a drug based on the neurochemical endomorphin, which is found naturally in our bodies. The new drug targets the same pain-relieving receptors as morphine.

Researchers discovered that the significant respiratory depression seen with morphine use was not present with use of the new drug.

However, it did deliver the same level of pain relief. In fact, it produced longer pain relief without substantially slowing breathing.

Scientists were also excited to see that the endomorphin drug did not impair motor coordination as morphine does. This side effect can be especially concerning for older adults.

They also worked to discover potential addictive traits of the endomorphin drug. The results indicated the new drug produces far less tolerance than morphine and did not generate addictive behavior in lab rats. While the rodents displayed increased efforts to obtain morphine, they did not exhibit the same behaviors with the new drug.

Hope For the Future

With fewer side effects and great pain-relieving results, this new drug could have a huge impact on the millions suffering from chronic pain. Researchers hope to begin human trials in the next two years. If proven effective, particularly by reducing the risk of abuse and overdose, we might have a “miracle” drug on our hands!