Facts about Krokodil (the “Zombie Drug”)

Desomorphine (dihydrodesoxymorphine) is an injectable opioid derivative of codeine. On the street and online, the drug is known as:

The name “krokodil” is thought to either derive from the appearance of a user’s skin around the injection site (which may become discolored and scaly – resembling that of a crocodile), or be in reference to ?-chlorocodide (a codeine derivative and chemical precursor used in desomorphine production).

Krokodil is a Schedule I substance in the United States, meaning it has high abuse potential and no accepted medicinal use.

Desomorphine: A Cheap Substitute for Heroin

In its pure form, desomorphine is about 10 times stronger than morphine and more potent than heroin.

The drug’s onset is very fast but its action is short, which leads to frequent administration and an increased risk of developing physical dependence.

Krokodil use has spread rapidly across Russia, with at least 100,000 people having injected the drug in 2011. Krokodil was reportedly first used in Russia in 2003 (Gahr et. al., 2012) and continues to spread to surrounding countries like the Ukraine, Georgia, and Kazakhstan. Although use is concentrated in the Soviet region, countries like Germany and Norway have also reported cases of krokodil use, as well.

Krokodil is made from codeine and codeine-containing medications. In some drug markets where heroin is relatively difficult to obtain, people have turned to alternatives such as krokodil as a heroin substitute. Krokodil is attractive to those seeking a euphoric high because it is cheap, relatively easy to make or obtain, produces a high similar to that of heroin, and delivers potent sedative and pain-relieving effects in the user. Krokodil has a very fast onset of about 2-3 minutes and lasts for approximately 2 hours.

The drug, while cheap, produces a relatively short high, and various media sources have covered stories about addicted individuals who need to frequently administer the drug to maintain their high and avoid withdrawal.

Users are said to be able to make krokodil in roughly 45 minutes with codeine and minimal equipment. Users attempting to create desomorphine often do so by combining several toxic ingredients like hydrochloric acid, household cleaners, and gasoline with codeine. They may also sometimes add cigarette ash to balance the pH.

A lingering question among researchers is whether or not krokodil cooks actually produce desomorphine due to “bootleg” manufacturing processes (Grund et al., 2013).

Krokodil’s effects can be extremely serious. Injection of the drug can cause:

When the drug is injected, it can damage veins and lead to localized infections. These infections may ultimately spread to other areas and cause organ damage. If parts of the body, such as the limbs, are badly infected, doctors may need to amputate or perform surgery on the individual.

Because krokodil is a homemade opioid, the conditions in which it is prepared can introduce a number of potential health risks. Users making the drug often share preparation equipment and syringes for injection. The sharing of needles increases the risk for HIV and hepatitis C virus (HCV) transmission among individuals. Because krokodil is a drug administered frequently throughout the day, this can significantly increase the likelihood of unsafe, non-sterile needle use.

Even short-term use of krokodil can lead to severe health complications and death. Fatalities for chronic users are common within 2-3 years of the first dose but even the first use can be fatal in some instances (Skowronek, Celi?ski, Chowaniec, 2012).

Why Is It Called a “Zombie Drug”? 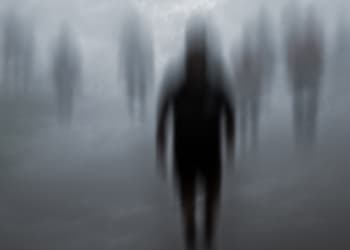 Krokodil has been called a “zombie drug” by the media. Most reports of drug use by the media have shown addicted individuals who have gangrene or eschars (dead patches of skin) on their body. ‘

The skin of krokodil injection users can become black, grey, and/or green, scabby, and can flake off – resembling the skin of a reptile or a crocodile at the site of injection.

There have been numerous sensational reports about the appearance of krokodil in the United States based on a small number of suspected cases; however, the National Institute on Drug Abuse (NIDA) had not confirmed any cases of krokodil use in the country as of 2013.