Written by: Leah Miller, MA
On This Page

Librium, which is the brand name for chlordiazepoxide, is a prescription medication that belongs to a class of controlled substances called benzodiazepines. It is a central nervous system (CNS) depressant, meaning it slow down brain activity. Chlordiazepoxide is commonly used to treat anxiety disorders, and to mitigate the symptoms of alcohol and other sedative withdrawal syndromes. In combination with a second drug called Clidinium, chlordiazepoxide is also used to manage the symptoms of irritable bowel syndrome 1, 2, 3.

Overdose deaths due to benzodiazepines are increasing drastically, with a five-fold increase between 2001 and 2014 4.

Deaths due to benzodiazepine overdose often involve concurrent use of alcohol as well 5.

Like all benzodiazepines, Librium can be habit-forming and presents a risk of abuse and addiction 1,2. Misuse of Librium occurs when it is used in larger doses, more often, or for longer courses than directed by a physician 1. Librium abuse frequently occurs when it is taken nonmedically for the intended purpose of getting “high.” Users may snort the contents of the capsules or combine it with other drugs, such as alcohol or opioids to create a stronger effect.

There are several signs and symptoms that someone is abusing Librium, ranging from physical symptoms to behavioral signs of addiction.

Physical side effects can vary among individuals, however, the acute signs often resemble alcohol intoxication 6. Some physical effects that signify someone is abusing Librium include 1,5,6:

The criteria for the diagnosis of a benzodiazepine addiction include the following 6:

If you or someone you know consistently exhibits these signs of Librium abuse, help is available. Call 1-888-744-0069 to speak to a treatment support specialist about recovery options. 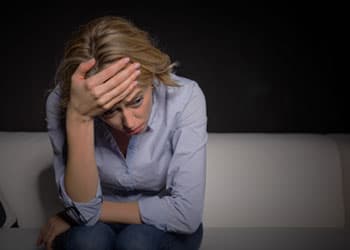 Although Librium can be safely used when administered by a doctor or taken as prescribed, abusing Librium can lead to a number of harmful developments, including:

Someone who’s abusing Librium is also subject to a host of potentially dangerous psychological side effects, such as 5,6:

In rare instances, this type of disinhibition may lead to antisocial or violent behaviors 5.

The cumulative, negative influence of Librium abuse can severely impact all facets of a user’s life, causing difficulties at work, school, or home. Users may have excessive work or school absences, leading to poor performance. Familial or social problems, such as child neglect, divorce, or loss of close friends, may occur as well. A Librium-intoxicated individual is also at increased risk of involvement in accidents. Impaired judgment and cognition, paired with slowed reaction time can drastically increase the risk of injury or fatality due to a vehicle collision 6.

Finally, abusing this drug can be fatal, especially for those who continually increase their doses to combat the effects of tolerance or who abuse Librium with other substances.

Librium interacts with many different substances, including prescription and non-prescription medications. Using alcohol or opioids, such as prescription painkillers or heroin, in combination with Librium can increase the likelihood of overdose 5. Symptoms or visible signs of overdose can include 7:

In the case of an overdose, seek the help of emergency services. If the individual appears to be unconscious or is having difficulty breathing, call 911 immediately. This action can save the person’s life.

Statistics specifically regarding Librium abuse aren’t readily available, but benzodiazepine misuse and abuse, both alone and in combination with other substances, is a growing problem nationwide. Some statistics related to general benzodiazepine use include:

Teenagers often have access to prescription medications in their home medicine cabinets. Many families have a prescription for Librium or other benzodiazepines, and teenagers can obtain these medications quite easily in their own home or the homes of friends. Misuse of Librium in teenagers can involve taking more of the drug than suggested, or even opening the capsules and snorting the contents to provide a more immediate and intense high.

A reported 103,000 adolescents between the ages of 12 and 17 reported using benzodiazepines for nonmedical purposes in the last month, which is about 0.4% of the population 9.

Prevention of benzodiazepine abuse in teenagers starts with education. It is important to teach teenagers about the dangers of prescription medications like Librium, and help them understand the harmful effects the drug can have on the body and brain. Educating parents and family members about the importance of securely storing medications can help to limit the access teenagers have to habit-forming substances.

Individuals should be taught proper techniques to dispose of unused pills, such as mixing them with undesirable items like cleaning products, kitty litter, or coffee grinds 11 or bringing them to sites authorized by the Drug Enforcement Administration (DEA), such as pharmacies, law enforcement locations, or take-back programs 11.

A few signs that your teenager may be misusing Librium or struggling with some other inappropriate drug use or consumption include:

As a parent, it’s important that you’re aware of the signs and symptoms of substance abuse so you can help your adolescent get the help he or she needs to prevent or recover from an addiction. Contact your family doctor or a mental health care specialist, such as a therapist or addictions counselor to discuss treatment options for your teen.

CTA: If you or someone you know is abusing Librium or other substances, call our helpline at 1-888-744-0069 to discuss recovery options with a treatment placement advisor.

Leah Miller, MA
Leah Miller earned a certificate in chemical dependency counseling from Suffolk County Community College and her Master’s degree in Mental Health Counseling from Hofstra University. Leah began working with substance use disorders through an internship and saw the need for integrated treatment for dually diagnosed clients. Through schooling and beyond, Leah has worked with people with substance use disorders as well as severe mental illness, including schizophrenia, bipolar disorder, major depressive disorder, anxiety disorders, and personality disorders. Leah also works with families of clients to educate them about the diagnosis of their loved ones and how to help them work towards recovery. Through her work with American Addiction Centers, Leah strives to educate the public and reduce the stigma surrounding substance use disorders and mental illness.
Popular Providers