The longer an addiction lasts, the more stress and strain it puts on the individual. There is an overwhelming number of long-term physical and emotional effects addiction can have that can easily turn a healthy man or woman into a frail shadow of their former self.

The following information is designed to help you understand how addiction can wreak havoc on your physical and mental health and how getting treatment can help to undo this damage.
[/box]

Addiction is frequently intertwined with other mental health issues, but this relationship doesn’t always have a clear directionality. For example, people who suffer from mood or anxiety disorders are almost twice as likely to also suffer from a substance use disorder, and people who suffer from substance use disorders are approximately twice as likely to also struggle with a mood or anxiety disorder.1 It isn’t clear which issue is causing the other, but the relationship is strong nonetheless.1

The psychological distress associated with substance abuse and drug abuse can range from mild to serious. At any level of severity, this distress can have a profoundly negative impact on the life of an addicted individual. Among the most common long-term mental health issues associated with drug abuse and addiction are:

People who suffer from substance use disorders are approximately twice as likely to also struggle with a mood or anxiety disorder.

Sometimes, drug abuse can actually increase a user’s risk of developing a mental disorder. For example, there is evidence that smoking marijuana during adolescence can increase a person’s risk of psychosis during adulthood.1 These associations, however, may be most pronounced in those with a genetic predisposition for psychological issues. Substance addiction and mental illness are disorders that develop due to many different factors, both genetic and environmental.1 When a person with a genetic predisposition for developing psychological disorders abuses drugs, they may further increase their risk of developing a mental illness in the future.

In addition to the numerous mental health issues that spring up as a result of long-term drug addiction, there are also a number of issues affecting the physical health of the individual who is abusing drugs over a sustained period of time. According to the National Institute on Drug Abuse (NIDA), long-term drug abuse can affect:

Another danger well known to long-term drug abusers is mounting tolerance. Tolerance is dangerous as it causes the individual to use more and more of a drug in order to achieve the desired euphoric or stimulated state. This puts the individual at an elevated risk for overdose and even death.

Addiction isn’t just about drug abuse; it is an entire set of behaviors and habits surrounding substance use. When it takes over a person’s life, they may find themselves doing things they never expected and saddled with challenges that can seem, at times, insurmountable. Some people lie about their drug use or get extremely defensive when it is brought up. Others may neglect their family and friends in favor of using. Addiction looks different for every individual.

The Diagnostic and Statistical Manual of Mental Disorders is what clinicians use to determine if a person is struggling with a substance use disorder (SUD), and among its diagnostic criteria are several characteristic psychosocial and behavioral changes that addicted individuals often exhibit, such as:10

When addiction takes over a person’s life, they may find themselves doing things they never expected and saddled with challenges that can seem, at times, insurmountable.

Other behavioral changes common to individuals struggling with addiction include:

No matter how addiction manifests, it is vital that the person get help before it’s too late.

Help for the Long-Term Drug Abuser

If a person is struggling with substance abuse for a long period of time, they may be suffering severe damage to their body and brain. Addiction can affect nearly every aspect of an individual’s life, and yet sometimes they may not even realize or acknowledge that they have a problem. In this case, friends and family members may want to consider organizing a professional intervention. This involves contacting an addiction intervention professional, or an interventionist, to help lead a group discussion with the struggling individual and the people that care about them. During the meeting, loved ones share changes they have seen or experienced due to the addiction, while emphasizing the need for treatment. 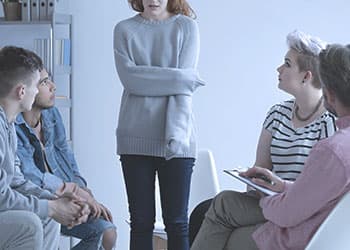 There are many different treatment options for a struggling individual. Inpatient treatment allows the patient to stay in a 100% sober treatment facility for the duration of the treatment program. For those with a co-occurring mental disorder, dual diagnosis inpatient programs will provide care for the individual’s addiction recovery and psychological needs. Inpatient treatment is a great way to escape the stressors and triggers of everyday life and focus entirely on recovery.

Outpatient programs are another great option for people struggling with addiction. In an outpatient program, an individual will continue to live at home throughout the program, checking in for treatment sessions on a regular basis. These are an excellent option for people who cannot take time away from home, but they do require a higher level of self-motivation to maintain abstinence because the home environment is often rife with triggers to use.

No matter what type of program a person chooses, what matters is getting and staying clean. The sooner a person gets help, the less damage their addiction can cause to both themselves and the people around them. It’s never too late to ask for help; reach out and get started on the recovery journey today.