Why Are Prescription Opiates So Addictive? 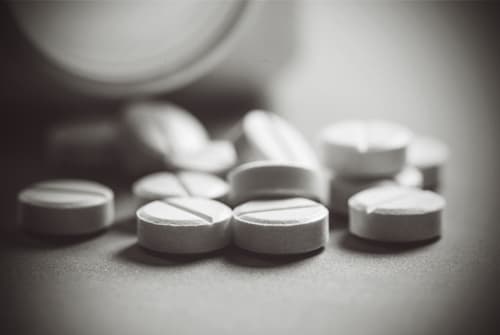 Prescription opiates – such as Vicodin, Percocet, and OxyContin – are narcotic medications used for pain management. These drugs are often referred to as “opioids,” which are synthetic and semi-synthetic derivatives of the active “opiate” chemicals sourced from the opium poppy. The terms “opiates” and “opioids” are often used interchangeably as they are extremely similar.

Although they can be incredibly therapeutic for people who need them, opiates are the most abused of all prescription drugs, according to the National Institutes of Health (NIH).

The Rise of Prescription Opiate Abuse

Prescription opiate abuse has become one of the biggest health problems in the United States today. Consider the following statistics from the Substance Abuse and Mental Health Services Administration:

Prescription opiates affect the brain the same way morphine and heroin do. They attach to opioid receptors found throughout the brain, spinal cord, gastrointestinal tract, and other parts of the body. When prescription opiates attach to these receptors, they reduce the perception of pain, which provides relief. These drugs also produce euphoria and feelings of well-being as they act on the brain’s reward systems. These feelings, which often accompany activities that promote survival, such as eating or having sex, produce a sense of motivation to repeat the behavior, even when doing so causes harm.

Repeated use of opiates can inhibit the production of the body’s natural opioid neuropeptides, including endorphins, which are the body’s “feel good” chemicals. “Endorphin” is a word adapted from the concept of “endogenous morphine” and, essentially, is the body’s natural morphine. Over time, opiates desensitize the brain’s natural opioid system, making it less responsive. This creates tolerance, so the person will no longer respond to the drug as strongly and will need a higher dose to achieve the desired effect. Tolerance fuels addiction because the addict will need to continue to increase his dosage in order to experience the desired high. Tolerance can also contribute to overdose, as dangers increase significantly with higher doses.

Video: The Deadly Truth About Opiates

Methods of Use and the Effects of Prescription Opiates

Those who abuse opiate painkillers typically begin by taking the drugs orally but may advance to snorting or injecting them at some point in order to amplify the “high” or desired effects. These methods, as well as combining the opiate with alcohol or other drugs, increase the potential for addiction and life-threatening effects. Individuals may misuse their prescription by taking the drug more often than directed or in larger doses than prescribed, which can also increase the risk of complications.

There are a myriad of effects that the user may experience in both the short term and over the course of time.

Abusing opiates can increase the individual’s risk of overdose. Signs of overdose include:

Combining opiates with other drugs and alcohol may further increase the risks of addiction, medical complications, and overdose. This is especially true with other central nervous system (CNS) depressants such as alcohol and benzodiazepines.

What Does It Mean to Be Addicted to Prescription Opiates? 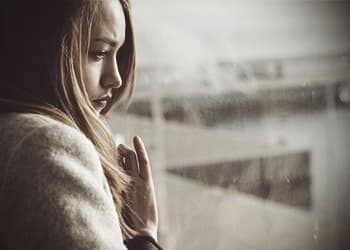 Prescription opiates are both psychologically and physiologically addictive.

Psychologically, the drugs are addictive because users will crave the high they achieved when they first used the drug and will use compulsively even as negative consequences build up. The Diagnostic and Statistical Manual of Mental Disorders (DSM-5) lists criteria for an opioid use disorder, and one of the main signs is continued use despite negative impact on physical and mental health, and social interpersonal problems.

Physiologically, dependence develops quickly as ever-increasing doses of drug are used in an attempt to counter the phenomenon of tolerance. Tolerance that has becomes more and more of an issue for the drug use is a strong indicator that serious physical withdrawal symptoms may result upon stopping use (see below). Physiological dependence can make it incredibly difficult to quit using even if the user genuinely wants to do so.

When addicted users go for some time after their last dose, or make attempts to stop taking prescription opiates, they often will experience withdrawal symptoms. The opiate withdrawal syndrome is frequently described as feeling like a bad flu for those experiencing it, and may include:

Many of the severe symptoms subside within a few days, although the full spectrum of opiate withdrawal can last anywhere from hours to days to even several weeks, depending on how long and how much the person was using. It is not unheard of for cravings and other, mild forms of physical and mental discomfort to persist for months after successfully quitting opiates. While not usually life-threatening, the withdrawal period can be very uncomfortable. Many people will do almost anything to avoid it, which contributes to the high rate of relapse.

How to Get Help for Prescription Opiate Addiction

Medications can help with detoxification by easing withdrawal symptoms and cravings, which can help prevent relapse. Medications can also be an essential component of ongoing treatment.

There are three classes of medications commonly used in the treatment of opiate addiction:

These medications treat prescription opiate addiction by working on receptors in a way that is less likely to cause harm. Scientific research has shown that when administered as part of a comprehensive treatment program, these drugs can:

Physicians will select which option is best for patients depending on their specific medical needs. Medication works best when combined with behavioral intervention as well as screening and treatment for comorbid psychiatric disorders and infectious diseases.

The need for maintenance treatment after initial detox is common, as the risk of relapse is high for those who undergo only detox and short-term counseling. Studies have shown that long-term maintenance treatment with drugs such as methadone and buprenorphine can greatly improve an opiate addict’s chance of beating the addiction. Some people can taper off maintenance medication after months, whereas others have a high rate of relapse and may remain on maintenance drugs for many years.

It’s important to note that medication is not the only part of addiction treatment. In fact, for some individuals, treatment does not need to include medication-assisted therapy at all. Long-term treatment that incorporates therapy, group counseling, skills training, and aftercare planning will raise the likelihood of success in recovery. Learn more below. 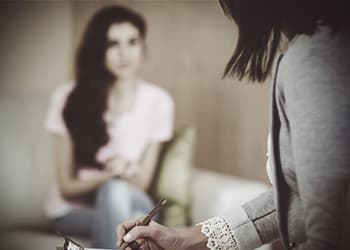 Support groups are another element of the recovery process that many find crucial in preventing relapse. The most common support groups fall under the Narcotics Anonymous (NA) approach. NA is a global network of community-based meetings and support groups for those recovering from narcotic addictions. These support groups use Alcoholics Anonymous’ 12-step program, which suggests a specific, linear process for recovery. Because NA is an abstinence-based program, it does not support the use of maintenance drugs. However, other programs such as Methadone Anonymous provide an alternative 12-step model that acknowledges the value of methadone and related drugs for the recovery of opiate addiction.

The most successful programs incorporate many facets of treatment tailored to the individual.