A national crisis, opioid abuse includes a wide range of drugs—from heroin to any number of prescription medications. Nearly 4 million Americans older than 12—1.4% of the population—abuse prescription pain relievers, including codeine. Half a percent of adolescents between 12 and 17 have a pain reliever use disorder1. Of the 1,244,872 people who visited an emergency department in 2011 for non-pharmaceutical drug use, 1/3 were there because of opioids2.

Used for pain management, controlling diarrhea, or as a cough suppressant, codeine is a popularly abused opioid. Available as a combination pain reliever (with acetaminophen, ibuprofen, or other analgesics), codeine is also available as a syrup formulation. Depending on its potential for abuse and risk for dependency, codeine in its different doses and formulations is a Schedule II, III, or V drug under the Controlled Substances Act3.

As with other narcotic pain relievers, the number of people illicitly using codeine is increasing. Between 2012 and 2013, illicit users increased from 264,000 to 293,000 people 4. Prescription painkillers like codeine are a risk factor for heroin abuse.

Codeine induces a sense of euphoria and relaxation, while a codeine overdose occurs when you ingest enough of the drug to cause dangerous—even fatal—side effects. While a single misuse can be fatal, if you or someone you care for is struggling with a codeine addiction, be especially alert for the signs of an overdose. If overdose is suspected, promptly seek emergency medical assistance.

Some of these overdose effects may include 5:

The most common cause of death from opiate overdose is respiratory failure, wherein the user simply stops breathing. In addition to loss of life and injury from trauma (falls, automobile accidents), non-fatal opiate overdose can damage the body in several ways, including6:

In addition to the risks from overdosing on codeine, dangers include combining associated medications with codeine. For example, when taken in excess, the Tylenol component of combination medicines such as Tylenol #3 and Tylenol #4 (both Tylenol with codeine) may lead to deadly liver failure from acetaminophen toxicity.

There are a number of factors that contribute to codeine overdose risks. First, the sheer number of opioids available has dramatically risen. Opiate prescriptions have increased from 76 million in 1991 to 207 million in 2013 7.

A major cause of opioid overdoses, including codeine overdose, is the simultaneous use of other substances—including other narcotics, benzodiazepines (like Xanax and Valium), cocaine (including crack), and alcohol.

Taking codeine routinely can lead to tolerance—requiring ever-increasing doses to achieve the same effect. Higher doses increase the risk of an overdose. Some people build a tolerance to high doses, abstain from the drug for a while, and suffer an overdose when they take the same amounts later. Others take whatever dose is available and overdose from simply ingesting too much or after a cumulative intake of narcotics and other substances (especially alcohol).

What to Do If You Overdose on Codeine

The risk of death or serious injury from a codeine overdose is simply too great to ignore. Because an overdose impairs your ability to recognize trouble, it’s never a good idea to abuse narcotics alone.

Once the signs and symptoms seem to confirm an overdose, take immediate action. Call 911 for emergency assistance and be prepared to provide the following information:

While waiting for emergency assistance, take steps to ensure safety. For a codeine overdose, this generally means breathing support. To reduce the risk of aspiration, roll the person onto their side and clear their airway. If respiratory rate drops below 10 breaths per minute, emergency personnel may advise you to give rescue breaths. Immediately initiate CPR if there is no breathing at all 8.

Once at the emergency room, physicians will evaluate for the presence of other drugs and conduct a medical history to learn of any underlying health issues. You can expect diagnostic work-ups, including labs and imaging studies.

They will first address life-threatening conditions (especially breathing issues) and sometimes attempt to slow the absorption of any drug in the stomach by using activated charcoal. Naloxone, an opioid antidote, may be given to reverse life-threatening effects 8.

Once stabilized, your friend or family member may be transferred to a detox or treatment center. Some people discharge with a referral to or information about other treatment opportunities. 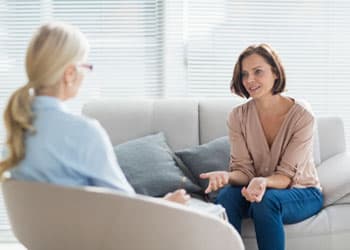 Prevention is the best approach to addressing opioid abuse. The medical community is beginning to respond by introducing measures to limit the numbers of opioid prescriptions given. Along with first responders and other emergency medical personnel, increasing numbers of people with narcotics addictions are provided with naloxone kits6.

You can take several steps yourself, too. Never take any medication unless prescribed to you. This is especially important with narcotics since their use otherwise is illegal. Speak with your doctor about non-narcotic solutions to medical issues and avoid socializing with narcotics abusers.

If you take codeine in amounts more than prescribed, you may have an emerging addiction. Signs you are running into trouble include 9:

Experiencing even a single overdose strongly indicates the need for substance abuse treatment. Treatment usually begins following a detox period of a few days, which involves professionally managing the symptoms of withdrawal while addressing any associated medical issues10.

Inpatient care provides a more immersive treatment setting in which recovery work will begin. For any form of inpatient or residential treatment, you must be willing to commit to a residential setting for a period of a few days to several weeks.

On the relatively intensive end of the outpatient treatment spectrum, partial-hospitalization programs prescribe medications and require a commitment of several hours daily, 5 days a week. Ideal for those with school or work obligations, most outpatient programs involve less time commitment than their inpatient treatment counterparts11.