Fentanyl is a pain-relieving substance with two main uses 1:

Like morphine, fentanyl is an opioid substance that reduces the user’s perception of pain by acting on opioid receptors in the brain and body 2. Fentanyl is one of the most potent opioid medications, which is why it frequently reserved only for use in opioid-tolerant patients 3,4. Fentanyl is up to 100 times more powerful than morphine, an opiate that is addictive in its own right 1,3. In recent years, fentanyl has become a major health concern, as its popularity has increased due to its powerful high and the numbers of overdoses related to fentanyl-laced heroin have reached alarming heights. On the street, fentanyl is increasingly sought-after and is referred to by a number of names such as “apache,” “china girl,” and” china white” 1.

A substantial amount of fentanyl abused will be illicitly produced in clandestine labs 3. Using illegally-produced, non-pharmaceutical fentanyl is very dangerous due to lack of regulation, but misusing any fentanyl product (legally or illegally produced) by changing the dose, frequency, or route of administration can also be hazardous due to the potency and possible side effects 1,2. For example, snorting fentanyl will produce effects that are unpredictably dangerous and potentially deadly, especially compared to using the drug as directed.

Snorting fentanyl is indeed very dangerous and poses numerous risks to the user. Non-pharmaceutical fentanyl is commonly found in powdered form, which makes snorting it a common option 1.

Even with a prescription, fentanyl use must be carefully monitored 4. Anytime a substance is consumed in ways other than prescribed, the danger rises.

Another significant concern is the link between fentanyl and heroin. Someone with a legitimate prescription may begin abusing and overusing the fentanyl, which means that they will likely run out of the substance before their next prescription is available. People looking for fentanyl on the street may find that it is prohibitively expensive and that heroin is a more affordable alternative that produces a similar high. In many areas, heroin is cheaper and easier to obtain than fentanyl and other prescription opioids, so it is not uncommon for users to transition from fentanyl to heroin 6.

The other link is that illegally-produced fentanyl is regularly mixed with other drugs without the user’s knowledge. When someone thinks they are snorting fentanyl, they might also be consuming heroin (or other drugs) 1,6.

Speed of onset. Snorting fentanyl allows the opioid to be absorbed into the bloodstream through the mucus membranes in the nasal passage before reaching the brain a few minutes later. This will be much quicker than oral ingestion 5.

Intensity. Snorting fentanyl also contributes to an intensified high compared to oral ingestion. A quicker route allows for the concentration of fentanyl in the brain to rise more quickly, leading to intense and dangerous effects that can overwhelm the body and cause many unwanted consequences like respiratory depression. The dangers rise if the person has a low tolerance to opioids 6. Additionally, snorting allows more fentanyl to reach the brain compared to oral consumption. Unlike snorting, when fentanyl is consumed orally, the stomach, intestines, and liver begin to break down some of the drug before it can reach the brain 5.

Can I Become Addicted to Fentanyl?

Another danger that comes with snorting fentanyl is the risk of addiction. Addiction is a major concern for all opioid users, even when the drug is taken as prescribed. However, the likelihood of an addiction developing is significantly increased anytime the drug is abused. Misusing any drug (for example, snorting non-pharmaceutical fentanyl) will further increase the risk of addiction 6. This is partly due to the changes that altering the method of administration produces; remember that snorting creates a rapid and intense high with a shorter duration. This leaves the user:

2) Quickly coming down from the high and craving to use again.

This pattern of use is strongly linked to the development of addiction.

Side Effects of Snorting Fentanyl

Fentanyl carries a risk of side effects no matter how it is consumed. While using the medication as prescribed presents certain side effects, the user’s risk of experiencing these effects rises significantly with abuse of the drug. Someone snorting fentanyl may experience side effects like 4: 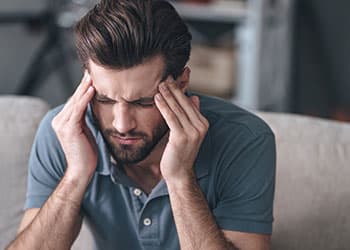 Snorting fentanyl may also cause certain mental health side effects to arise, such as 4:

Get the help you need. Call to find the right treatment center for you.

Can Snorting Fentanyl Cause an Overdose?

Yes. Fentanyl is extremely powerful, and misusing it even once can cause a potentially fatal overdose.

According to the National Institute on Drug Abuse (NIDA), 19,000 people died in 2014 from opioid pain reliever overdose 2. The signs of fentanyl overdose may include 2,4:

Fentanyl overdose is especially likely when someone who has not used fentanyl before uses it recreationally or unknowingly (e.g., in a laced or counterfeit drug). It is also likely to occur if someone who has become tolerant to the drug takes a larger amount to produce the kind of high that used to come with lower doses 6. Any dose increase outside the careful monitoring of a medical professional can be extremely dangerous 6. Overdose is also a risk for someone who has returned to fentanyl use after a period of abstinence during which their tolerance decreased 6.

Combining fentanyl use with alcohol or other drugs can increase the overdose risk. First, using fentanyl with other substances that affect breathing—including other central nervous system (CNS) depressants (e.g., benzodiazepines or another opioid like heroin)—poses extreme danger of respiratory depression and death 2,6. Second, non-pharmaceutical fentanyl is frequently laced with other drugs, such as cocaine or heroin. In these situations, the user is unprepared for the effects which may occur and may experience an overdose when taking what they thought was their “normal” fentanyl dose 1.

Opioid overdose can sometimes be reversed when the individual is given a medication called naloxone. This opioid antagonist (blocker) reduces the negative impact of fentanyl on breathing, and can save lives if administered early. Due to the potency of fentanyl, repeated doses might be needed to improve symptoms 1.

Signs That Someone is Addicted to Fentanyl

Addiction is marked by the continued, compulsive desire to acquire and use a substance even when negative repercussions are likely to occur. Someone addicted to fentanyl may show signs like 8:

Someone abusing fentanyl by snorting it may:

Getting Help for Fentanyl Addiction 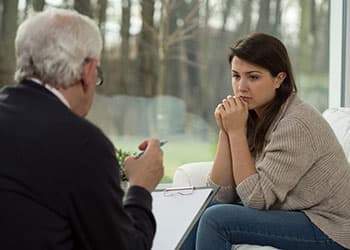 A period of medically-assisted detoxification to manage withdrawal symptoms and help the recovering individual maintain abstinence can be extremely helpful for those attempting to end fentanyl use. Painkiller detox often occurs in an inpatient or residential setting so the patient can be continuously monitored and the symptoms can be managed on the spot to increase comfort and mitigate any risks 6,9.

Ongoing treatment may include a combination of medications and behavioral therapies to reduce cravings and promote recovery. Pharmacotherapies include 6,9:

Making the choice to end fentanyl use and beginning recovery is a challenging time. To improve your recovery experience and potentially increase treatment outcomes, seek professional rehabilitation services. To find effective options for you or a loved one, call today.