What Is Hydrocodone Used For?

Hydrocodone is an opioid analgesic (painkiller) drug included in the formulation of many narcotic prescription painkillers that are most often prescribed to control moderate-to-severe pain. As an opiate drug, it is in the same family as morphine and oxycodone; like many other opioid substances, it has a high potential to lead to dependency and addiction if it is abused.

Hydrocodone is indicated for the management of pain that would not be well controlled with non-steroidal anti-inflammatory or other, non-narcotic analgesic options. Doctors typically prescribe this drug only for patients with severe pain resulting from surgery, various disease processes, or injury.

Hydrocodone or hydrocodone-containing drugs are sold under many brand names, including Vicodin, Lortab, and Norco. Many opioid painkillers are a combination of hydrocodone and acetaminophen—a drug that, when abused, can cause severe liver damage.

How Do I know if I’m Abusing Hydrocodone?

Abuse occurs whenever you use a medication in a manner other than that recommended by a doctor. If you take a larger dose of hydrocodone than prescribed, take it for a longer period than recommended, or take it more often throughout the day than directed, you are abusing the drug.

Signs and Symptoms of Hydrocodone Addiction

Substance abusers can eventually reach the point of addiction—a condition in which users suffer physical effects if they stop taking a drug suddenly. Oftentimes, people suffering from addiction—or a substance use disorder—have a strong belief that they must have a drug to perform normal daily tasks or even get through the day. Despite mounting negative consequences for their health and their lives in general, they will continue to abuse hydrocodone.

When taken as directed, hydrocodone relieves pain, but it also can cause side effects in users—especially among those abusing this medication by taking it for non-medical purposes. The most common side effects of hydrocodone use include:

If someone abusing hydrocodone continues taking the medication long enough, their body and brain can adapt to the presence of the drug in their system. This process is called tolerance.

People who develop a tolerance to hydrocodone need to take larger doses of the drug, or take it more often, to experience the same positive effects. In seeking a greater “high,” or in an effort to overcome the effects of tolerance, abusers may take such large doses of hydrocodone that they place themselves in danger of overdosing. 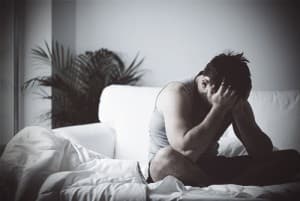 Symptoms of hydrocodone overdose may include the following:

Although rarely life-threatening, opiate withdrawal symptoms can be extremely painful and unpleasant for people dependent on hydrocodone. Checking into a rehab center which offers medically supervised detox can allow you to detox while knowing that your safety during the process is ensured and your symptoms will be managed.

For those who need more help, there are inpatient treatment centers. With this type of program, you live at the facility until the program ends. In most cases, you must stay for a minimum of 28 days—however, many programs offer longer options. As mentioned, many inpatient centers can also provide medically managed detox support for those experiencing opiate withdrawal symptoms after stopping taking hydrocodone. Inpatient rehab programs are the preferred method of treatment for many people struggling with stubborn opiate addictions, as they allow you to focus completely on your sobriety—free from the temptations and distractions that might otherwise occur in a home setting.

Finally, there are peer recovery organizations, including SMART Recovery, LifeRing Secular Recovery, and various 12-step support groups. In these programs, people who with similar addiction struggles offer each other their experiences and mutual support in recovery.

Rehab programs are located throughout the U.S., and many offer specialized treatment that can cater to individual needs. You can use SAMHSA’s Behavioral Services Locator to search for opioid addiction treatment centers. Many state government websites will also provide local drug and alcohol resources to those in need. To find your state government’s website, do a web search for your state name and ‘.gov.’ Once your state website is located, substance use resources shouldn’t be hard to find, and they should provide further phone contacts for your assistance.

American Addiction Centers (AAC) is a leading provider of addiction treatment programs and has trusted rehab facilities across the country. Please call us free at to learn more about treatment options with AAC.

How Many People Abuse Hydrocodone?

According to the DEA, hydrocodone is the most commonly prescribed (and most abused) opioid drug in the United States, and the National Institute on Drug Abuse (NIDA) reports that the U.S. consumes nearly 100% of the world’s hydrocodone supply. The following key statistics illustrate the extent of hydrocodone abuse:

Hydrocodone Use and Teens

Many teens and young adults are abusing hydrocodone-containing drugs like Vicodin, Norco, and Lortab. The 2014 Monitoring the Future (MTF) Survey quizzed junior high and high school students about their drug abuse. The survey found that close to 6% of high school seniors had, at some point in their lives, used a narcotic without a prescription. The NSDUH put the number of teens aged 12 to 17 who had ever abused any hydrocodone-containing product at more than 850,000 in 2013. 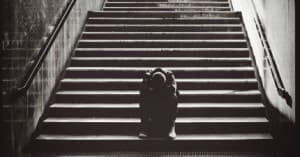 Although teen abuse of narcotics in general has declined since 2009, teen hydrocodone abuse remains high relative to that of other opiates. In fact:

It is possible that prominent negative media coverage of oxycodone abuse has given a false impression that hydrocodone is less dangerous than other narcotics. Also, the average price of black-market Vicodin—$5 to $25 per pill in 2011, according to CNN—is significantly lower than that of OxyContin, which cost $50 to $80 per pill, giving cash-strapped teens an incentive to buy hydrocodone-containing medications.

Finally, prescription medications of all varieties can be tempting to adolescents who may mistakenly view them as safer than street drugs because doctors direct millions of patients to take them each year. Teens may not fully appreciate the addictive and dangerous properties of these pills, especially when they are taken without the benefit of a doctor’s supervision.

As with all drugs, education is the best way to prevent hydrocodone abuse. Steps you can take to warn your teen about the perils of hydrocodone use include: