The Effects of Hydrocodone Use 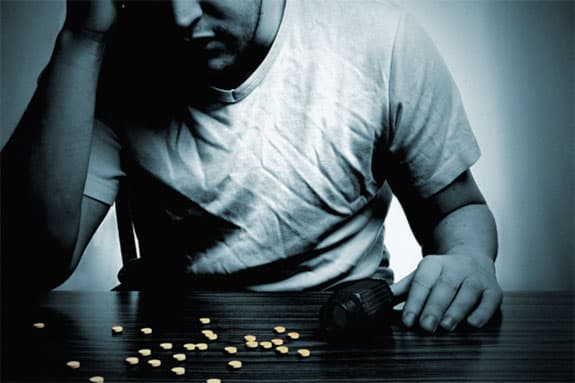 Hydrocodone is a prescription medication sold under multiple brand names, such as:

The aforementioned trade names are combinations of hydrocodone and acetaminophen. Other trade formulations also exist that are hydrocodone in combination with other analgesic or anti-inflammatory medication, such as ibuprofen.

Doctors prescribe this opioid drug for its pain relief and cough suppressant qualities.

When taken long-term and/or in excessive doses, hydrocodone users are placed at high risk for developing tolerance, addiction, and dependency—due in part to the feelings of euphoria that often accompany the pain relief.

When taken appropriately for pain relief, during limited periods of time—and when adhering to a physician prescription—the risk of opiate addiction is minimized; however, the drug is often misused. Visit our page on the History and Statistics of Hydrocodone to learn more about this drug.

The National Institutes of Health (NIH) estimates that 20% of Americans have taken prescription drugs like Vicodin for non-medical reasons—and this type of abuse is on the rise.

More specifically, reports from the Drug Enforcement Administration (DEA) in 2013 claim that more than 24 million people in the US over the age of 12 have used hydrocodone for non-medical reasons.

Even though hydrocodone addiction has traditionally been viewed as a problem among the middle and upper classes due to access to health insurance and ease of getting prescriptions, rates of abuse have been on the rise for people from all ethnic and socioeconomic group as prescription diversion becomes increasingly common.

In the short-term, effects of hydrocodone are primarily to modify pain signaling in the central nervous system through interaction with your body’s numerous opioid receptors. As it is a pain reliever, hydrocodone does not work to decrease the source of the pain but rather to change the user’s perception of the pain. This feeling is very sought-after, especially from those dealing with pain that is high in intensity or long in duration.

Other short-term, desirable effects of hydrocodone include:

It’s important to keep in mind that this is a prescription medication, so doctors prescribe it for patients who are experiencing some type of pain, possibly chronic, and looking for relief.

Hydrocodone brings the much-desired relief and, as a side-effect for some, a pleasurable high that interacts with the brain’s reward circuitry. Both effects help to explain why it is easy to become addicted to or dependent on hydrocodone and other opiate drugs, even in situations where initial use was done according to prescribed parameters.

Opiates and Your Brain

The brain’s reward circuitry mentioned above has a lot to do with dopamine. Dopamine is a highly-desirable chemical found in the brain. Hydrocodone works to make more dopamine available in the brain, which produces this positive feeling. Once someone experiences this feeling, they will likely repeat the same behaviors in order to re-experience it.

Addiction may be one of the most dangerous long-term effects of hydrocodone use. Hydrocodone is an opiate, or narcotic, similar to codeine, heroin, and morphine. These kinds of substances are particularly risky because you can become addicted even when you are taking them as recommended by your doctor.

Repeated use of hydrocodone frequently leads to tolerance, so you will need to take more of the drug in order to get the same effect as your body becomes adjusted to the dose or frequency. Tolerance can develop remarkably quickly with these medications, becoming noticeable within a few doses taken, in some cases.

Tolerance can easily lead to addiction. Addiction entails problematic, compulsive drug use that negatively impacts multiple areas of your life. Despite the problems it creates, those locked in a cycle of compulsive drug use continue to seek out and abuse the drug in question.

Long-term effects of hydrocodone use can include a broad range of physical problems—from acetaminophen toxicity and liver damage to sensorineural hearing loss. Some of the most damaging results of being addicted to hydrocodone, however, may be the adverse effects on your personal life. Drug addiction can:

In the above cases, someone with an opiate addiction will commit more time, effort, and resources to obtaining and using the desired drug. This will leave fewer resources to manage the other facets of life and can be devastating to those that love that person. However, it is possible to recover. Learn how to help a hydrocodone addict. Discover how treatment can help.

Like all of the prescription painkillers, addiction to hydrocodone presents a unique and troublesome circumstance because it is a legal substance that is typically prescribed by a medical professional. The Drug Enforcement Administration reports that doctors gave out nearly 140 million prescriptions for products containing hydrocodone in 2010, putting hydrocodone at the top of the list of prescribed opiates in the United States.

About 99% of the hydrocodone abuse in the world happens in the US. Opiate addiction is a serious illness and, like other health issues, it requires treatment to overcome the problem.

Withdrawal from hydrocodone can cause a number of physical, emotional and mental symptoms. Symptoms range from mild to severe, but most are unpleasant enough to present obstacles to continued abstinence–undergoing a detox process in a treatment center is frequently recommended. Detox centers offer both inpatient and outpatient services, but inpatient centers may be better suited to dealing with the effects of opiate withdrawal.

Withdrawal from long-term hydrocodone use can be very unpleasant. The opiate withdrawal syndrome is frequently described as having flu-like symptoms. Despite the potential for some profoundly uncomfortable moments, the opiate detox process is not typically life-threatening.

Any one of these symptoms may be enough to send a user back to the drug for relief, and that is why inpatient treatment centers are a safe, caring and effective place to deal with hydrocodone withdrawal. 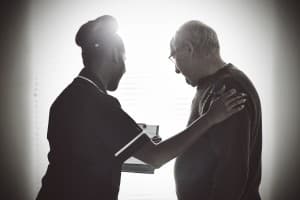 Some treatment programs administer medications to ease the patient’s withdrawal. This form of medical assistance sometimes involves other potentially addictive substances and is strictly controlled and monitored by addiction treatment professionals.

Treatment focused on the addiction will prove highly valuable moving forward, but another important part of treatment involves discovering why you became addicted and how you can live without the substance in the future.

Mental health treatment, like cognitive-behavioral therapy, can help those addicted to retrain their minds and teach them new ways to deal with pain and other circumstances that led to substance abuse.