Hydromorphone (brand names: Dilaudid, Exalgo) is a powerful semi-synthetic opioid painkiller used in both hospital settings and as part of a long-term treatment regimen for significant pain in opioid-tolerant individuals.

Depending on the needs of the individual, the substance is prescribed in various forms including immediate and extended-release tablets, liquids, suppositories, and injectable solutions 1,2:

In 2012, hydromorphone was prescribed nearly 4 million times 2. Though this number may seem high, it comprises only a small amount of the more than 200 million opioids prescribed during 2010 3—a staggering figure that illustrates the severity of the ongoing opioid epidemic in the United States. According to the Substance Abuse and Mental Health Services Administration, in 2014 4:

Like other opioids, hydromorphone can be quite harmful when misused. The substance can negatively impact the mental and physical health of the person using it.

The potential dangers of this drug are so pronounced that hydromorphone is classified as a schedule II controlled substance in the U.S. This indicates that while the drug has medical benefit, it also has a high risk of abuse 2. In fact, the Drug Enforcement Administration (DEA) reports that as many as 1 million people have abused hydromorphone at some point in their lifetime 2.

Hydromorphone, like other opioid painkillers, has a high prevalence of abuse. This is a major public health concern because of the multitude of medical issues associated with abusing opioids, as well as the risk of fatal overdose. The DEA reports that more than 18,000 people were treated in emergency departments for problems associated with its abuse in 2011 2. There were 19,000 deaths due to opioid-related overdose in 2014 alone 5.

While the drug has some inherent dangers (possible side effects) even when used as directed, the risk of harm significantly increases when:

NOTE: The extended-release tablets have an increased risk of harm when abused because the extended-release mechanism may malfunction when the pill is tampered with (e.g., crushed), allowing the full effects to be experienced at once 1,2. The overwhelming high that results from such misuse can further drive the development of addiction and can easily result in a lethal overdose. 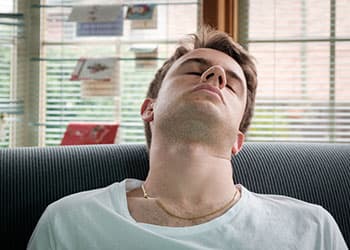 The mechanism behind the short-term physiological effects of hydromorphone is similar to that of many other opioids (such as morphine and heroin) 3.

When the substance enters the system, it interacts with opioid receptors to not only alter pain perception, but to release an accompanying surge of a neurotransmitter called dopamine. Dopamine is a vital neural signaling molecule involved in a number of brain processes including motivation, movement, emotion, and pleasure 2,3,6. Dopamine normally gets released when a person engages in healthy activities like exercising or eating, and it produces a feeling of reward that promotes repetition of the action. Because hydromorphone induces a large release of dopamine, a user can easily become addicted to the feeling and use it over and over again to reproduce that rewarding, pleasurable sensation.

Many people that use or abuse the substance will report a range of pleasurable effects produced by hydromorphone soon after the substance is consumed. Injections and oral administration will trigger effects that begin within 30 minutes and last for more than 5 hours 2. The effects include 2,6:

Even when used as prescribed, hydromorphone has a long list of unwanted and potentially dangerous side effects. In fact, it is known to cause life-threatening problems with breathing if taken in excess or in combination with other depressant substances.

Overdose occurs when someone has consumed more hydromorphone than their body can manage in a short time span. Overdose symptoms include 1:

Overdose effects can be brought about more easily or made worse if hydromorphone is combined with other substances that slow breathing like alcohol, other opioids, or depressant medications like benzodiazepines, barbiturates, and sleep aids 1.

People experiencing an overdose of hydromorphone need to seek immediate emergency care. Naloxone, an opioid antagonist, may be used in an overdose situation to reverse life-threatening symptoms 2.

Other hydromorphone side effects include 1,2,5 :

The medication also produces several side effects that impact the mental health of the user, including 1,5:

The continued use and abuse of hydromorphone can culminate in a higher number of more intense side effects. For example, someone that experiences symptoms of anxiety as a side effect of the substance could develop worsening symptoms of an anxiety disorder as use continues. Also, people that use substances as a form of self-medication will only conceal their underlying mental health concerns.

Use of hydromorphone, especially at high doses, can cause respiratory depression. When breathing is affected, less oxygen is available to the brain. Over time, the cumulative harm sustained during periods of reduced oxygen can result in lasting brain damage and/or coma 3.

Another long-term effect that may be very dangerous for an opioid user is the development of tolerance. Tolerance occurs when the body begins to require more and more of a drug to produce the same effects 3. Tolerance compels users to flirt with ever-increasing, dangerous amounts of the drug, which can easily lead to overdose.

Over time and often after taking increased doses, the user will become dependent on the substance, meaning they must have it to feel and function normally 3. While this can happen to any hydromorphone user—even someone who takes the drug exactly as prescribed—it is a more common development in those who abuse the drug. An opioid-dependent person will experience withdrawal symptoms when they stop or decrease their use. Due to the severe discomfort of opioid withdrawal, many users keep taking the drug even when they want to quit.

The symptoms of hydromorphone withdrawal are similar to other opioid withdrawal symptoms and include 1:

These symptoms can begin a few hours or a few days after last use depending upon how the substance was used.

Arguably, the most damaging long-term effect of hydromorphone abuse is the development of addiction. Addiction is the compulsion to obtain and continue using hydrocodone without concern for the possible negative outcomes. 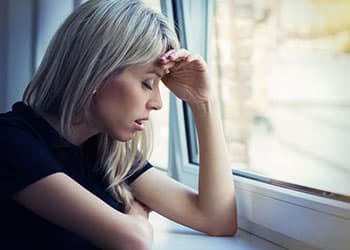 Someone struggling with an addiction to painkillers like hydromorphone may experience 6:

Hydromorphone withdrawal will not usually be medically dangerous, but it will be very uncomfortable. Someone that is withdrawing without professional treatment may be more likely to seek out more opioids to relieve symptoms during this time where the body is processing and removing hydromorphone, known as detoxification.

Medically supervised detoxification services can help reduce this risk while 7,8:

Medical detox programs can also manage symptoms with various medications used to ease the process, such as:

Another medication, naltrexone, will block the effects of opioids but should only be administered after detox. If it is prescribed too soon after last use, it may intensify symptoms of withdrawal 7,8.

Once detoxification is complete, the individual may benefit from different levels of treatment based on their current needs, including:

If you are interested in seeking addiction treatment, call to begin the process of starting over without hydrocodone.