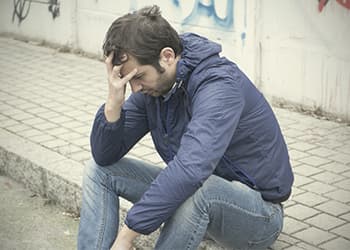 Opana is the trade name for the prescription medication, oxymorphone, a semi-synthetic opioid painkiller.

In various formulations, oxymorphone has been available on the US pharmaceutical market since 1959. In 2006, the FDA approved two new formulations of this powerful painkiller: Opana (immediate release) and Opana ER (extended release).

Though a potent and effective opioid analgesic, Opana may be intentionally misused and taken recreationally by those seeking a powerful high. People who use Opana report feelings of euphoria and relaxation, in addition to an overall decrease in pain. The drug is classified as a Schedule II substance, meaning it carries a high potential for abuse and dependence. Although Opana tablets are instructed to be taken orally, people abuse the drug in various ways, including via nasal insufflation (crushing and snorting) and needle injection. In December 2011, the FDA approved a reformulated version of the drug that was crush-resistant, in an effort to curb abuse.

With chronic use of Opana, users may develop a tolerance to the drug – spurring a pattern of continuously taking more and more of the drug to experience the same effects. Like other Schedule II drugs, Opana carries a severe risk of psychological and/or physiological dependence and is considered dangerous when misused. If you or someone you love is abusing Opana, learn how to find help.

Due to its potency, Opana is a highly sought-after opiate of abuse and sold under various street names, including:

The most noticeable signs and symptoms of Opana abuse are:

Opana abusers sometimes share pills with friends, buy the drug illegally, or engage in “doctor shopping” to obtain more of the drug.

Chronic use of Opana can lead to the development of tolerance and physical dependence. Those dependent on Opana will feel as if they require the drug to function normally and will indefinitely experience a characteristic set of opioid withdrawal symptoms any time use is abruptly ended. A number of factors will influence the exact nature of an Opana withdrawal syndrome, including the chronicity of the abuse, the amount of recent use, and other factors like physical and mental health status.

Withdrawal symptoms may include:

Acute opioid withdrawal is often uncomfortable enough to trigger relapse in many people, so many recovering users prefer to detox under medical supervision so that professionals can handle any cravings, medical complications, or emotional distress that arises as a result of toxins leaving the body.

Addiction treatment post-detox may occur on an inpatient or outpatient basis. Inpatient facilities are the more structured option of the two. Outpatient programs allow you the flexibility to live at home and check in with a counselor at the facility on a daily basis. Each type of facility offers pros and cons and it is important to choose the best program to fit your needs.

Residential treatment centers, also known as inpatient treatment, offer intensive, around-the-clock care. Individuals live at the facility for the duration of their treatment so they can completely focus on their recovery. Inpatient facilities also offer programs to address underlying mental and behavioral issues related to the addiction.

A typical day will look different based on which facility you enter and their corresponding treatment philosophy; however, an example day might include:

Inpatient programs provide a safe and sober living environment where addicted individuals can find the space to heal.

Outpatient programs provide more flexibility. Individuals can attend to responsibilities at home or work and return to the facility for regularly scheduled treatment. Therapy is a major part of outpatient treatment, and you may participate in individual and group therapy to learn healthy ways to cope with stress and cravings.

The goal of treatment is for you to learn how to live without using the drug. You may attend support groups while in treatment, and this can be a healthy way to build a supportive community around you. Receiving and giving support to others who understand your experience and support your journey towards sober living can make a huge difference in treating your addiction over the long term. While receiving treatment at an outpatient facility you may participate in:

Seeking treatment for an Opana addiction can save your life. If you or a loved one is struggling with a dependency to Opana, there are resources available to help you break your cycle of compulsive use. Call us today at to learn more about treatment facilities and programs.

Opana abuse via injectable routes is a growing concern. The risk of co-infection of hepatitis C and HIV/AIDS is high among users. The reformulated version of the drug can be dissolved in water and drawn up through a syringe, and needle sharing is all-too-common among injection users. The number of injections a person may take in a day typically ranges from 4 to 15, with the number of injection partners ranging from one to six (Conrad, 2015). Injection-drug use is risky, no matter the drug of choice and in January 2015, over 150 cases of HIV infection occurred among people who were sharing needles, syringes, and injection equipment to take Opana. Additionally, studies have also found that Opana by injection can lead to blood clotting and permanent organ damage (FDA, 2012).

The use of prescription opioids such as Opana is increasing among pregnant women – whether taken to help manage pain or due to a drug dependency. Prolonged use of Opana can put a child at risk for developing a number of birth complications including neonatal abstinence syndrome (NAS). NAS occurs in 55-94% of newborns who are exposed to opioids in utero and can cause infants to experience withdrawal after birth (Kraft, et al., 2008). 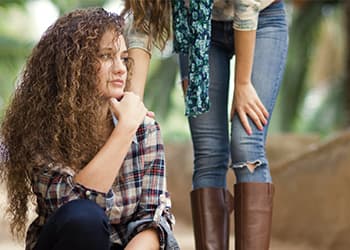 In 2015, roughly 5% of high school seniors reported using opioid painkillers such as Opana for nonmedical reasons (NIH, 2015). Teen prescription painkiller abuse is extremely risky and puts teens at future risk of heroin use. In fact, according to statistics from the CDC, past prescription opioid addiction makes you 40 times more likely to develop a heroin dependence.

Painkiller abuse also poses other dangers, such as fatal overdose, and male teens may be especially at risk. Studies found that males aged 15-24 are almost 4 times more likely to die from an opioid overdose than their female counterparts (Calcaterra, Glanz, & Binswanger, 2013).

Overdosing on Opana can lead to death, and it is important to talk to your teenager about drug use if you suspect they have a problem. Try to have an open conversation with your teen about the risks or opioid abuse.

Check out these resources and articles for more information on Opana.