The Effects of OxyContin Use 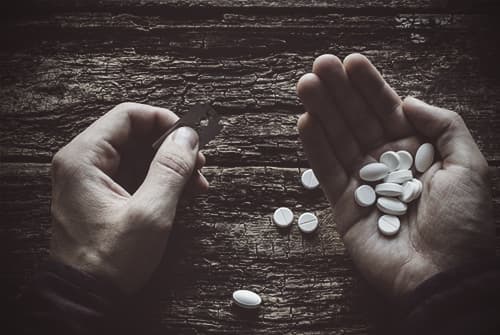 OxyContin is an opiate that is often prescribed for moderate to strong post-surgical pain or more chronic pain situations. Prescription rates are high in the United States. The drug is comprised of oxycodone—a substance that derives from opiate alkaloids found in the opium poppy. As an opioid, it can produce a euphoric high, a key factor contributing to the prevalence of OxyContin abuse.

Originally, the makers of OxyContin took oxycodone and formulated a time-released pill that the company claimed would minimize its abuse potential due to a special coating. Oxycodone is relatively short-acting, but this new formulation would slowly dissolve and release the medication over time to prolong the duration of pain relief. In an attempt to bypass this time release mechanism, users seeking an intense high will sometimes crush the pill into a powder and either snort or inject it to create an intense and addictive high—both extremely dangerous practices.

OxyContin can be very harmful in the short-term, and its misuse can rapidly lead to addiction. You might notice tolerance developing even when taking it as prescribed, which means you will need to continually increase your dose of the substance to deliver the desired results.

Are you concerned about someone you love? Visit our Forum today to connect with others and find support.

OxyContin is an opiate painkiller. Drugs of this sort change the way a person perceives pain. They accomplish this by acting on the opioid receptors in the brain and throughout the body. Complex molecular interactions follow this interaction, including a decrease of GABA activity, and a subsequent upswing in the release of dopamine—a substance associated with feelings of reward and pleasure.

Once someone experiences this rush of dopamine, they may attempt to replicate the feeling by any means possible—laying the groundwork for a developing addiction.

Some common side effects of OxyContin abuse include:

OxyContin abuse often leads to OxyContin dependence, which means that you feel the drug is required to function in your daily life, and you use at the expense of other priorities or activities you enjoy.

Once you’ve become dependent on Oxycontin, you may miss work, fall behind on bills, and experience conflict in relationships because more of your resources and attention are consumed by attempts to obtain and use the substance.

Withdrawal is common if you have developed a physical dependency to OxyContin. Withdrawal signs often appear as ‘flu-like’ symptoms, and can include:

OxyContin addiction treatment is functionally the same as most other forms of opiate addiction care. You’ll be given an assessment when you walk in the door, and this will determine the path your treatment plan will follow. Options include, but are not limited to: detox, inpatient treatment, and outpatient treatment.

You may be started on another ‘stabilizing’ opiate regimen, such as buprenorphine, to manage your symptoms and reduce the discomfort of withdrawal. During detoxification, your opioid intake will slowly be reduced, and you’ll be taken through a very gradual withdrawal period. This is often much less painful than full withdrawal and increases the likelihood of successfully quitting the drug for good.

After detox, many people benefit from care in either a residential rehab program or an outpatient treatment program. These programs offer the chance to find support in recovery while learning the skills to maintain sobriety and prevent relapse.

To help an Oxycontin addict, call our 24/7 hotline at  for more information.