Are Prescription Painkillers as Addictive as Heroin? 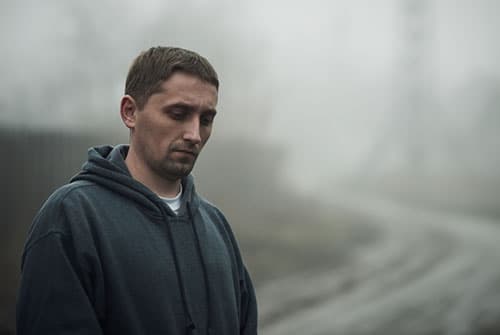 The Link Between Painkillers and Heroin

According to the National Institute on Drug Abuse (NIDA), in 2011, 4.2 million Americans aged 12 or over had used heroin at least once in their lives.  Of these users, an estimated 23% will go on to become heroin addicts, making heroin one of the most addictive drugs on the planet.

One research study found that the odds of eventual heroin use were 3.5 times as likely for those who had (illicitly) abused prescription painkillers compared to those who hadn’t (Robertson, 2010). If you are suffering or you’re worried about someone close to you, you are  not alone. Learn what to do to assist a painkiller addict.

Can Pills Really Be as Addictive as Heroin?

Why does addiction to or abuse of painkillers lead to heroin use in so many cases? Are prescription painkillers just a pill-form of heroin? Are they just as addictive? Are their physical and psychological effects the same as heroin’s?

Prescription painkillers and heroin are indeed very similar.  While heroin is considered an opiate drug – that is, derived from opiate alkaloid substances extracted directly from the opium poppy – many prescription pills are technically opioids, which are opiates’ synthetic variants.  By this definition, even our own naturally occurring endorphin neuropeptides are opioids. Endorphins are synthesized by the human body, share molecular composition with botanically derived opiates and are utilized to achieve the same ends as prescription painkillers: pain management.  Both pharmaceutically manufactured and endogenous opioids interact with opioid receptors to elicit their effects.  There are innumerable opioid receptors scattered throughout different areas of the brain. Depending on which specific sub-population of receptors is stimulated, opioids can influence our perception of pain, activate our innate reward systems, and impact basic homeostatic processes like breathing and heart rate.

While limited, our body’s opioid reserves are able to relieve pain immediately following traumatic injury. These reserves, however, quickly run out, and severe pain sets in.  For these cases, along with milder injuries and other chronic pain-producing ailments, opioid painkillers may be prescribed.

The active opioid/opiate molecules in both painkillers and heroin attach themselves to opioid receptors in the brain. This provides pain relief and affects the brain’s reward pathways by triggering a large release of dopamine—ultimately resulting in a sense of intense well-being.

While these effects may feel stimulating, opioids are actually depressants.  In cases of opioid/heroin overdose, the systems responsible for breathing and heart rate may become significantly impaired, leading to: 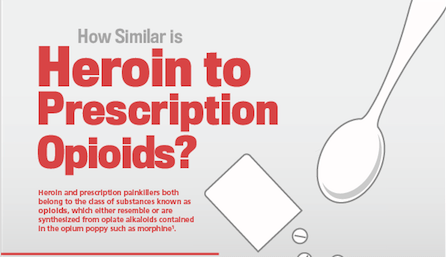 Prescription painkillers and heroin have similar physical and psychological effects. Someone high on either drug will mostly likely feel:

The intensity of an opiate or opioid high is influenced not only by the drug dosage, but by the method of consumption:

Withdrawal symptoms in response to cessation of low dosage painkillers are most likely mild and tolerable.  However, as tolerance and addiction develop, the user will increase dosage and frequency of use and are consequently subject to much more intense withdrawal symptoms.

Many opioid painkillers and heroin share remarkably similar chemical structures and desirable effects, which may help to explain the startling connection between prescription opioid abuse and the subsequent initiation of heroin use.

The CDC estimates that someone addicted to opioid painkillers is 40 times more likely to abuse or develop an addiction to heroin than non-opioid users.

There are a few hypothesized reasons that painkiller addicts eventually transition to heroin abuse. For one, heroin may be easier to obtain than a prescription, Secondly, it’s relatively inexpensively priced on the illicit market. Currently, heroin is easy to get and cheaper than ever.  Prescription painkillers can be difficult to get ahold of in the first place, and prohibitively expensive once you do.

This trend in accessibility and pricing has become especially pronounced since 2013, when the Food and Drug Administration announced that they would be tightening controls on access by limiting the number of refills an individual could have before returning to the doctor for a new prescription. With these limitations in place, many turned to illegal methods in order to acquire opioid painkillers, which quickly become a gateway towards heroin abuse. One pill can cost up to $80 on the street, while one balloon of heroin can be as cheap as $10.

Because most painkiller addicts ingest or snort their product, those making the initial transition to heroin typically do so by way of smoking or snorting.  However, people that had already been injecting the drugs make the transition to injectable heroin with relative ease.

The Surge in Prescription Opioid Use and Abuse

Research from SAMHSA revealed that an estimated 25 million people started nonmedical use of pain relievers between 2002 and 2011. In addition, a startling 16,651 deaths were attributed to prescription opioid medications in 2010 (Mack, 2013).

Although doctors attempt to screen patients for drug abuse or the propensity to develop substance dependency issues, millions of Americans continue to be prescribed opioid painkillers every year. The potential for abuse and addiction is dangerously high. Many people get addicted without realizing there’s a problem. They may be in denial of the potential dangers because of the notion that, as prescribed pharmaceuticals, the drugs are completely safe.

Some clinics in the United States have taken advantage of the overall popularity and demand for prescription painkillers.  Known as “pill mills”, these companies engage in various activities involving the illicit sale and distribution of prescription painkillers. The pill mill epidemic was particularly bad in Florida, where in 2011, there were 856 pain clinics. The astounding numbers of pill mills in Florida correlated with rising levels of prescription drug overdoses. In 2010 alone, Florida saw more than 1500 oxycodone-related overdoses, equating to more than four deaths each day.

In more recent years, law enforcement officials have been cracking down on these pill mills, while state and federal organizations continue to strategize methods to stem the epidemic of prescription opioid abuse.

Getting Help for Opiate Addiction

If you or someone you know is suffering under the weight of prescription pill abuse and/or heroin addiction, you are not alone. There are a number of individualized treatment solutions available. Call to find a program. 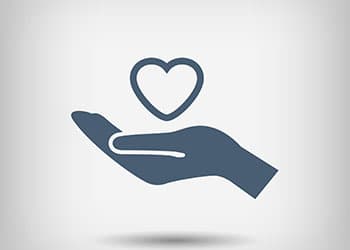 Due to the highly addictive nature of opioids and the intensity of their withdrawal symptoms (which sap the resolve of many making an attempt at recovery), the Substance Abuse and Mental Health Services Administration  (SAMHSA) has made recommendations for an approach to recovery known as Medically-Assisted Treatment (MAT). Patients who receive MAT complete a supervised detox program that includes a tapering regimen of opioid medication, and tapering refers to a process of gradually reducing the dosage and frequency with which a substance is used. The goal is to manage serious withdrawal symptoms and wean the body completely off the substance. Upon completion of detox, various behavioral therapy interventions will usually begin as the core of addiction treatment.

Individuals can receive these services on an inpatient or outpatient basis.  Inpatient treatment takes place at a hospital or residential treatment center.  While both offer 24-hour care and will arrange for medical assistance, when needed, a residential center provides more of a home-like feel.  Residential centers are more likely to have exercise rooms, lounges and other amenities.  One major benefit to any form of inpatient treatment is that the risk of relapse is minimized throughout your stay.

Outpatient or non-residential therapy includes similar access to substance abuse counseling and therapy, as well as any needed medical care, but the patient leaves the clinic or treatment center at the conclusion of each day’s session to sleep and/or attend work or other obligations.  Individuals who have relatively mild addictions, those who feel they cannot afford to take a leave of absence from work, or those reluctant to postpone their school or family responsibilities might choose outpatient treatment.

It’s always a wise decision to undergo evaluation from a knowledgeable addiction treatment specialist, who may then make an educated recommendation for the level of treatment that you would likely benefit from the most. Many with tenacious opioid dependencies find that inpatient treatment provides an immersive environment, free from toxic triggers or distractions and ultimately provides them the best chance for a successful recovery.

The treatment durations of various inpatient care programs will vary and may depend on both your level of addiction as well as the specific services provided by the center.  When choosing the right inpatient care, you might want to consider the following:

There are a multitude of options for those looking to find treatment for addiction. If you need help determining what’s best for you or how to find the type of care you want, simply call .  Our treatment admissions specialists are available to help you 24 hours a day.