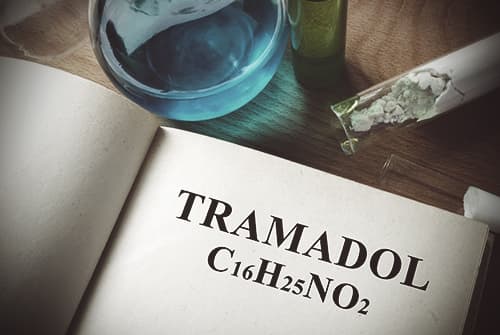 Tramadol (brand name: Ultram) is an oral, opioid pain-relieving drug that is marketed under a variety of of trade names – with Ultram and Ultracet being the most widely prescribed and recognized. Tramadol is most often prescribed to treat moderate levels of pain including dental, osteoporosis, and neuropathy in both acute and chronic settings. It is also approved for treating cancer pain in periods less than 3 months.

Tramadol is thought to be safe due to lower risk of tolerance, abuse, and dependence, but it has lower clinical value than other opiates. The drug has only about one-tenth of the pain-reducing qualities of morphine.

Tramadol stands apart from other opiates for 2 reasons: 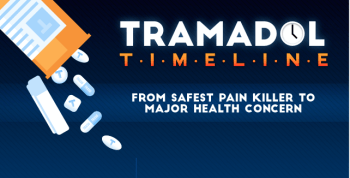 1. Tramadol is a fully synthetic drug, which means that it is man-made and does not occur in nature. This is in contrast to morphine and codeine – which are natural opiates derived from the opium poppy. It also differs from drugs like hydromorphone, hydrocodone, and oxycodone which, while also semi-synthetic and made in a laboratory, still retain some natural qualities.

2. Tramadol has an uncommon, dual-acting benefit. Tramadol works as an opiate in the expected way to manage the perception of pain, but beyond that, it allows increased availability of two other neurotransmitter chemicals in the brain called norepinephrine and serotonin. Norepinephrine is noted for its ability to improve concentration, and serotonin manages an array of functions including sleep and mood.

Compared to other drugs and medications, tramadol is relatively young. The drug was created by a German drug company that specializes in treating pain in 1962. The medication was tested for 15 years in Germany before being approved and brought to the foreign market in 1977 under the name Tramal. The drug was a success for the company.

Tramadol is widely prescribed around the world for pain relief. However, it was not until 1995 that the drug became available in the US. Now, the medication is quite popular in America.

As the above graph shows, prescriptions have climbed rapidly from 2008 until 2012. During that 5-year period, 14 million more prescriptions of the substance were filled. Though not listed on the graph, 2013 saw another increase with almost 44 million prescriptions in the US alone. It’s never too late to turn your life around. Learn about treatment and start recovering today.

Even though the drug is thought to be relatively safe due to its low potential for abuse, addiction to tramadol has been a growing problem in the US and around the world. When the drug is abused, it has desired effects similar to other opiates including:

Though the effects are similar, rates of abuse are low based on information from the World Health Organization. Consider the following:

Overall, the problem of people abusing opiates and other pain relievers in the US is a major problem. For information on the larger aspects of pain reliever abuse, refer to the bar graphs below.

As indicated above, the overall rates of abuse of drugs like tramadol is trending downwards in 2013 from 2012 with:

Tramadol abuse represents a fraction of the overall pain reliever market. In 2014, the Drug Enforcement Administration reports that 3.2 million people over the age of 12 in the US used tramadol for non-medical reasons in their lifetime. This represents about 10% of the total pain reliever abuse market.

Abuse of prescription pain relievers in teenagers seems to be following the same trends as the overall rates in the US. Consider the line graph below for more information.

The National Institute on Drug Abuse tracks non-medical use of drugs and alcohol for high school students across the U.S., however tramadol is not monitored individually. Instead, for tracking purposes, it is categorized along with some other substances as “narcotics other than heroin.” The 2014 report indicates the following for this type of substance use in high school seniors:

To date, the decline seems to be steady and sustained.

Despite its increased prescriptions, tramadol abuse seems to be declining, but it is still a sought-after opiate medication. If fact, the street price for tramadol tends to range between $23-$55 for 60 tablets.

Tramadol prescriptions are trending higher while abuse is trending lower over the years. Trends can provide a deeper look into the patterns of a substance and the market that abuses it. Internet search trends for tramadol reveal the following:

Apart from the general searches from tramadol, people are searching from Ultram specifically at high volumes. Consider the following search trends for Ultram (the brand name for tramadol):

Tramadol and the Law

Tramadol drug is legal when taken as prescribed, but there have been some changes to its status.

Beginning in 2007, Arkansas moved tramadol to a Schedule IV substance. In 2008, the state of Kentucky followed with the same move.

It was not until 2014 that the Drug Enforcement Administration (DEA) began to monitor and restrict tramadol by classifying it as a schedule IV drug on the national level. The schedule IV classification means:

The rescheduling of tramadol to a schedule IV substance brings with it higher punishments for illegal possession, sale, and use

How Dangerous Is Tramadol?

Tramadol was previously thought to carry only a low risk of abuse, dependence, and addiction, but recent information is changing the perception of the substance.

To understand the dangers of the substance, refer to the following information on emergency room visits, treatment facility intakes, and suicide attempts involving tramadol.

According to the information above, since 1995, the year the substance became approved in the US, the rates of ER visits due to non-medical use of tramadol increased by about 30 times.

The ER visits due to unwanted reactions to tramadol increased by 400% during a 6-year period in the mid and late-2000s.

The above line graphs show the trends of treatment facility admissions for tramadol have increased steadily since 2005. The total numbers may appear low, but the trends are too consistent to be ignored.

Since 2004, tramadol has shown a significant increase in its involvement in suicide attempts presented to ERs.

Tramadol may carry a lower risk than other drugs of abuse, but this aspect can increase the risk and dangers because users may not see any harm in taking the medication for non-medical purposes.