Tramadol is a medication prescribed to treat moderate to moderately severe pain in adults and, in its extended release forms, to manage certain chronic pain conditions. Similar to other pain medications like oxycodone, morphine, and hydrocodone, tramadol is an opioid and primarily produces its pain-relieving effects by interacting with opioid receptors in the body. Tramadol is known by the brand names 1,2:

When tramadol was introduced to the pharmaceutical market, it was heralded as having minimal abuse potential and significantly less respiratory depressing effects than that of the other, more commonly prescribed opioid narcotics 3. Whereas other painkillers like OxyContin are Schedule II controlled substances in the U.S., tramadol products are schedule IV, which indicates a certain degree of increased safety and lower risk. For these reasons, tramadol is prescribed at high levels, with nearly 44 million prescriptions written in 2013 2. This marks a significant increase from the 23 million prescriptions written in 2008 4. This increase is notable in the fact that in 2008, tramadol was an unscheduled drug. Now, even with its noted dangers, it is prescribed at much higher rates.

Despite the perception of safety, however, tramadol can be—and often is—abused. The Drug Enforcement Administration reports that about 3.2 million people in the U.S. admitted misusing tramadol at some point in their lives 2. Tramadol abuse can occur in various ways, which include 1,5:

Is tramadol the new OxyContin?
Read more about the similarities between these two opioids.


Does Snorting Tramadol Cause a Faster High?

Altering the way a substance is delivered into the body can significantly change its impact in regards to the speed, intensity, or duration of the effects. The speed of the high depends on how quickly the substance enters the bloodstream. In the case of tramadol, snorting will increase the speed at which the substance’s effects are felt compared to ingesting the medication in pill form 6,7.

When a substance is snorted, it is absorbed into the blood vessels in the nose. It is then transported to the heart before it is spread to organs in the body, including the brain 6. Once in the brain, the tramadol binds to opioid receptors 5. As with many of the opioid painkillers, tramadol interacts with a specific subtype of opioid receptors which, when stimulated, trigger an associated (and artificially large) release of dopamine into the system. This surge of dopamine registers as a rewarding high to someone abusing the drug 5. Excess dopamine release and the positive feelings associated with the phenomenon set the stage for an individual to develop an addiction to tramadol, or drugs like it.

A note about extended-release tramadol: Those looking to get high quickly might try to get their hands on extended-release versions of tramadol to abuse. These variations are formulated with higher doses and have built-in mechanisms in place, like a time-release coating, to steadily release the substance over a longer duration of time. Crushing the tramadol to snort it effectively disables the extended-release mechanism, which allows the high doses to be absorbed in a shorter-than-intended amount of time, potentially resulting in a more intense—and dangerous—high 7.

Side Effects of Snorting Tramadol

Even when used as prescribed, tramadol has many side effects. These include 1: 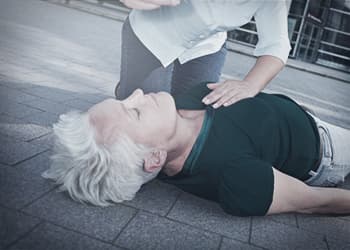 Many of these are related to the drug’s opioid nature. Unlike other opioids, though, tramadol has another layer of effects that comes from its ability to interact with additional neurotransmitters like serotonin and norepinephrine. like seizures and serotonin syndrome 3.

Seizure risk, in particular, is highest in those with an existing seizure disorder 3. However, excessive consumption of tramadol has been found to be a major risk for any abuser. One study found that slightly more than 50% of people that abuse tramadol will experience a seizure at some point 3.

Finally, because snorting tramadol increases the speed of onset of effects as well as their intensity, this method of use is associated with an increased risk of addiction. With less time from consumption to experiencing the high and the strong concomitant surge of dopamine, the addictive association in the brain is strengthened.  Over time, the desire to snort tramadol may become as strong as the urge for food, water, sex, and love 5,6,7.

In addition to the typical side effects of tramadol, snorting it also leads to a specific set of symptoms related to this method of administration 8:

Although these effects are commonly linked to cocaine snorting, there is growing evidence to support that the same effects occur with long-term nasal insufflation of opioids. Snorting opioids can end with significant damage to the soft palate inside the mouth and destruction of the nasal septum 9,10.

Learn more about the frightening consequences of snorting at our page, Dangers of Snorting and Sniffing Drugs.

Can Snorting Tramadol Cause an Overdose? 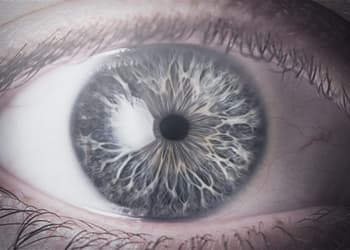 Yes. Snorting tramadol increases the intensity of the effects, thereby increasing the risk of overdose. Snorting prescription opioids has been found to be a risk factor contributing to non-fatal overdose 11. In fact, people with a history of snorting opioids were 3 times more likely to overdose 11.

This occurs because when the body is flooded with the substance, it becomes overwhelmed by the level of tramadol. This risk is much lower when the substance is used as directed, as serum concentrations of the drug rise in a much more controlled manner.

Using tramadol with other drugs that depress the central nervous system, like alcohol, other opioids, or benzodiazepines like Valium, also contributes significantly to increased risk of overdose 5. According to the Substance Abuse and Mental Health Services Administration (SAMHSA), emergency room visits more than tripled from less than 6,300 in 2005 to more than 21,600 in 2011 4. Only about 30% of these visits involved tramadol alone, while 52% involved the combination of tramadol with 2 or more other drugs.

Signs of tramadol overdose include 1:

In addition, an overdosing tramadol user may also experience seizures or serotonin syndrome (as described above).

Signs That Someone is Addicted to Tramadol

Knowing that someone is addicted to tramadol can be challenging to identify, especially if they have been prescribed the medication at some point. A primary indicator of tramadol addiction is reflected in the compulsive drug seeking and using behavior that occurs regardless of the negative outcomes. People addicted to tramadol will 12:

Someone snorting tramadol may leave clues to their use, including:

Getting Help for Tramadol Addiction

When someone dependent on tramadol suddenly slows or quits using the drug, they will often undergo a very uncomfortable withdrawal syndrome marked by 2:

Additionally, one out of ten people withdrawing from tramadol will experience atypical withdrawal symptoms that include 2:

The atypical psychological symptoms of tramadol withdrawal may distort the user’s judgment and decision-making and cause them to behave abnormally or even dangerously. Because of this, medically-assisted detoxification can be a great option to safely manage the acute symptoms of withdrawal. After detox, tramadol addiction treatment may begin and will include behavioral therapy that will help recovering users to develop skills to understand addiction and engage in a drug-free lifestyle 13. Learn more about what happens after detox on our Tramadol Withdrawal page.

If you know of someone that is having problems due to snorting tramadol or if you snort tramadol yourself, help is available. Substance abuse treatment can save your life. To begin the process, call today.