The Effects of Vicodin Use 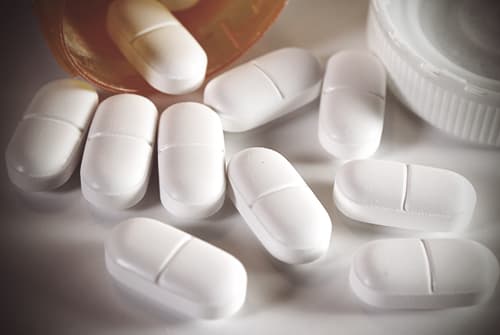 Vicodin is an prescription painkiller medication that is comprised of two substances:

Hydrocodone is an opiate drug that works as a pain reliever, useful in managing multiple levels of pain with similar efficacy to morphine. In addition, hydrocodone has some utility as a cough suppressant similar to codeine. The second substance contained in this combination pharmaceutical – acetaminophen – is an antipyretic (or fever-reducer) and mild pain reliever found in many over-the-counter products.

In addition to Vicodin, hydrocodone is made available on the pharmaceutical market under multiple generic and trade name formulations. It is commonly obtained under the following brand names:

In 2013, hydrocodone was the most frequently dispensed opiate medication–with 136 million prescriptions according to the Drug Enforcement Administration. Of these 136 million, Vicodin and Lortab are the most commonly prescribed forms.

For several years, drugs containing hydrocodone like Vicodin have been:

Since Vicodin contains hydrocodone – an opioid substance – the drug will lead to effects that are similar to other opiates like morphine and heroin.

All opiate effects are achieved when the substance enters the body and connects to opioid receptors. These receptors are located throughout the body in areas like:

Once the opioid substance in Vicodin attaches to these sites, a cascade of chemical events transpires–ultimately producing the desired effects, which include:

These influences will be present in people that use the substance as prescribed as well as those abusing the substance.

The following video provides a short overview of Vicodin and the myths surrounding it.

People tend to view prescription drugs as a safer alternative to illicit drugs. This perception may be dangerous, as Vicodin has the ability to induce unwanted side effects like:

People intent on abusing Vicodin may do so in combination with alcohol or other drugs. Since Vicodin and alcohol each exert central nervous system depressant actions, the user is at greater risk of the above side effects. An individual’s risk of overdose is also markedly increased when the drug is mixed with alcohol or other intoxicating substances.

In the long-term, Vicodin has the ability to make people overlook the negative side effects while only focusing on the observed positive effects. This is accomplished through the drug’s interaction with the body’s reward system. It creates the desire to obtain the substance to replicate the wanted feeling while ignoring the risks.

With continued use of Vicodin over time, tolerance will develop. Tolerance is a process common to many prescription, legal, and illegal drugs. People that use the substance – even as prescribed – will, over time, not gain the same benefit as they did previously. In the case of Vicodin, higher or more frequent doses will be needed to feel the same pain relief.

The process becomes troubling when tolerance leads to ever-increasing drug use and, eventually, to addiction. 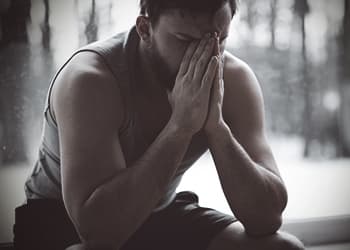 Addiction is signaled by the continued use of the substance despite negative consequences and warnings from doctors, family members, trusted supports, and law enforcement.

To gain more of the drug, someone addicted to Vicodin frequently will:

Someone struggling with addiction will place increased time and energy towards acquiring and using Vicodin while sacrificing other responsibilities. If someone cannot gain more of the substance, they may begin to seek other drugs of abuse like heroin. As many as half of heroin users begin their drug abuse with another opiate like Vicodin before moving to heroin. If you’re worried about your use, please call for help today. It’s never too late to start a new life.

A number of the health risks of opiate abuse stem directly from its effects on the nervous system. Additionally, when Vicodin is taken in excess to the point that it markedly slows breathing and/or heart rate, there is risk for a lack of oxygen delivery to the brain and other vital organs.

Other outcomes from long-term abuse of the drug include:

Along with the phenomenon of tolerance, Vicodin use is associated with a demonstrated psychological and physiological dependence. Dependence is a direct result of persistently elevated levels of substance in one’s system. When someone cultivates Vicodin dependence, they may then require the substance to feel normal and to function at expected levels.

Without the substance, they will begin to manifest withdrawal effects. Since Vicodin is comprised of an opioid, Vicodin withdrawal will mirror symptoms associated with heroin. 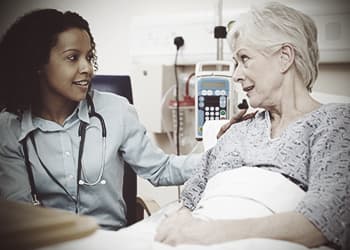 Vicodin dependency presents a serious medical concern that can warrant professional, medical treatment. Many people may benefit from some form of medical detoxification to treat their dependence on Vicodin.

During the early stages of Vicodin treatment, focus on the withdrawal symptoms will be essential. Detoxification, a process of easing the Vicodin from the body, will increase comfort and provide a safe environment. Additionally, detox will reduce the intense cravings for the drug that are common during withdrawal–helping to minimize the risk for relapse or continued drug use. At times, drugs like methadone or buprenorphine will be used to aid the transition away from Vicodin. This process varies in time and intensity based on the level of previous abuse.

Following detoxification treatment, a variety of treatment options will be available including residential rehabilitation and outpatient care. Like with any medical decision, weighing the advantages and disadvantages of each setting with a qualified addiction treatment professional can help assure that an effective treatment type is selected.

Aftercare measures, including sober living environments and follow-up counseling, will generally be arranged as the initial period of addiction treatment nears completion.

For more information on how to begin your recovery today, call .