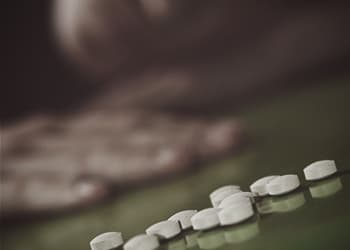 OxyContin addiction occurs from abusing an OxyCodone prescription for pain relief. Drugs are commonly used in the medical field to treat chronic pain and other ailments of patients. Unfortunately, as is human nature, substance abuse becomes ever more prevalent as time passes. Oxycodone or OxyContin is commonly abused due to its availability and price. OxyContin has been trafficked around the world excessively by doctors and medical professionals. The drug has been put into the hands of addicts for years, enabling OxyContin addicts to further their drug addiction.

We can find you an OxyContin addiction treatment center anywhere in the country. Call .

A medically based OxyContin addiction treatment center is imperative to recovery. The professional staff can identify the signs of OxyContin addiction withdrawal and guide the patient through successful detox. Those suffering from addiction to this dangerous drug need special care and attention to achieve recovery.

OxyContin is used medically in drug treatment of severe pain, as well as an alternative to morphine in the treatment of cancer pain. OxyContin addiction is becoming more and more prevalent as the use of the sustained-release Oxycodone is more readily available. In tablet form, OxyContin has a time-released property that acts to delay full release of the drug’s potency. A common form of administration for OxyContin addicts is to crush the tablets and inject them with needles or snort them, to increase the effectiveness and reduce the time taken to feel the “hit” of the drug.

When an OxyContin addict is binging on the drug, he or she will often ingest extremely large quantities in an attempt to get the strongest “hit” possible in the shortest amount of time. The negative reaction to binging is the increased risk of overdose due to the effective time-release properties of the drug. Often the OxyContin addict will ingest the large dose of OxyContin and when the drug’s time-release begins to affect the body, it will lead to a dangerous overdose which can then become fatal.

The pharmaceutical company Purdue Pharma has been accused of falsely promoting the use of OxyContin as less addictive than Oxycodone.  They claim that it is less likely to be abused and safer to use, with fewer withdrawal symptoms. Unfortunately, the misbranding and false advertisement of the drug OxyContin has led even more people to become OxyContin addicts than ever before. Purdue Pharma was also accused of encouraging doctors to prescribe their drug, which has a 12-hour time-release, to be used every 8-hours, which directly contradicts the Food and Drug Administration’s (FDA) recommended dosage instructions.

Individuals often experiment with a cocktail of combinations, depending on a person’s particular drug addiction.  OxyContin and alcohol, Xanax, Ambien or Seroquel are among the most popular concoctions. When using OxyContin together with other drugs, symptoms can be much more severe and the risk of an overdose increases. The “rush” of using OxyContin leads many to constantly abuse the drug and has driven the overdose rate to higher and higher levels. Users often do not fully understand the effects OxyContin can have on their bodies, and constant use will eventually lead to chronic ailments and ultimately to death. The only way to fight an OxyContin addiction is to seek professional medical help immediately.

To find the best OxyContin addiction treatment centers, call us today and allow us to match your needs with a rehab providing those services. Call today for help anywhere in the country.