Written by: Rudolph C. Hatfield, PhD
On This Page

“Magic mushrooms” that contain psilocybin are typically eaten or brewed as a tea 1.

Psilocybin is a substance that belongs to a class of drugs known as psychedelic drugs or hallucinogens. These drugs are typically used for the vivid perceptual effects they produce, such as hallucinations, changes in perception of time, and other sensory and perceptual effects 1.

Psilocybin use dates back many centuries. The drug is considered to be a Schedule I controlled substance without any indications for medical use by the United States Drug Enforcement Administration 2; however, there is some research to suggest that it may have potential therapeutic utility, such as for mood enhancement in patients suffering from depression 3. More research is necessary to investigate these suggested medicinal uses of psilocybin.

Chronic psilocybin abuse can result in an addiction, also known as other hallucinogen use disorder 4. This disorder is characterized by a problematic pattern of use causing significant impairment in the user’s life 4. The user continues to abuse magic mushrooms despite negative consequences. Common signs and symptoms of abuse include 4:

The short-term effects of psilocybin usually appear within 20 to 90 minutes of ingestion and may include 1,4: 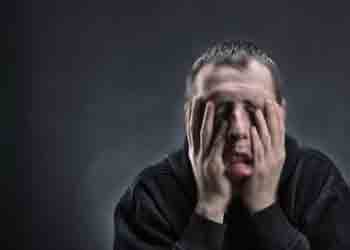 According to The National Institute on Drug Abuse (NIDA), the potential for magic mushrooms to produce long-term detrimental effects is not fully known and requires further research 1. When an individual is under the influence of psilocybin, their logic and reasoning abilities are compromised. In addition, some people may have negative experiences while under the influence. These unpleasant experiences are known as “bad trips” and can have lasting effects on the user.

In some cases, a user may develop hallucinogen persisting perception disorder, which occurs in about 4.2% of people who use hallucinogens 4. Those with this condition suffer from flashbacks or a re-experiencing of psilocybin intoxication despite having abstained from magic mushroom use for an extended period of time.

Individuals under the influence of psilocybin are prone to injury or death as a result of poor judgment and accidents. Magic mushroom users are also at increased risk of poisoning and potential death from accidentally ingesting a misidentified, poisonous mushroom 1.

Unlike many other drugs of abuse, long-term psilocybin use has not been shown to lead to physical dependence or withdrawal symptoms. However, chronic users of magic mushrooms may develop tolerance, which means that they require increased doses of psilocybin in order to achieve the level of intoxication they are seeking 1. Additional research is needed to determine the addictive potential of psychedelic substances, such as psilocybin 1.

Again, reliable statistics specifically relating to mushroom use are not generally recorded. The following are statistics related to teen hallucinogen use, in general 6:

As mentioned above, individuals who use magic mushrooms typically eat them or brew them in a tea and may often use them in conjunction with other drugs of abuse. In order to prevent younger individuals from experimenting with psychedelic drugs like magic mushrooms, a program of education regarding the use and risks of these drugs can help to prevent abuse of the drug.