How to Help a Ritalin Addict

Ritalin (generic name: methylphenidate) is a highly addictive prescription stimulant medication used to treat attention-deficit/hyperactivity disorder (ADHD). It is a widely prescribed medication, making its abuse a common problem across the US.

Addiction to Ritalin often necessitates participation in a specialized substance abuse treatment program. It can be extremely difficult for someone battling a dependency on the drug to cope with the problem independently. Hear from others who love someone struggling with addiction.

Types of treatment for Ritalin addiction vary and may include some combination of the following;

Ritalin is classified as a Schedule II controlled substance, which means that it carries a high potential for abuse and may lead to the psychological and/or physical dependence.

Ritalin is believed to influence dopamine levels within the synapse. By increasing the level of synaptic dopamine, it produces intensely gratifying sensations of euphoria. In fact, the drug is both pharmacologically and structurally similar to cocaine – with similarly rewarding stimulant effects. 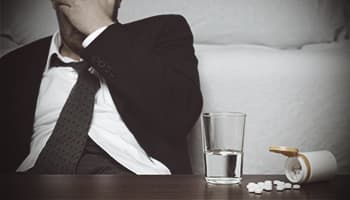 Ritalin is the most commonly prescribed stimulant medicine and is among the most abused drugs in the United States. Methylphenidate and Ritalin are available in several different forms, including:

Several studies have suggested that the addiction potential of Ritalin is much higher when the drug is crushed up and inhaled nasally or injected, as the effects are felt quicker and more intensely.

The drug is both pharmacologically and structurally similar to cocaine.

Potential signs of Ritalin addiction may include:

One of telltale signs of addiction is using the drug in a manner that is different than prescribed. For instance, individuals abusing Ritalin may:

Addiction signs aren’t always physical. You may have a problem with Ritalin if you:

Understanding whether you or a loved one addiction is not simply about recognizing the physical symptoms. Someone struggling with addiction may also exhibit social and behavioral changes.

If your use is affecting both your health and the way you conduct your life, you are likely addicted to Ritalin.

Those who regularly take Ritalin should monitor themselves continually for the following common signs of addiction:

Disrupted sleep patterns – Individuals who are addicted to Ritalin will often stay up all night and then have extended periods of crashing.

Erratic behavior – Addicted individuals will exhibit periods of hyperactivity, which are characterized by extreme alertness and intense mood swings, ranging from euphoric highs to depressive lows.

Interpersonal difficulties – Addiction can lead to difficulties at school, work, and in other relationships. You may even be drawn to withdrawing from others.

If you are concerned about your use of Ritalin, or if you have noticed any of the signs listed above in someone you care about, talk to a doctor or addiction specialist.

Should you or someone you know struggle with addiction to Ritalin, there are a number of treatment options available.

One of the first steps in treatment is detoxification of the body of the body from the drug. Withdrawal from stimulants like Ritalin can be very uncomfortable. A period of supervised, medically assisted detox can help manage your symptoms and increase your comfort.

The next step in addiction treatment is beginning the rehabilitation process. This is the stage of treatment where patients begin to address any psychological dependence on the drug.

Drug rehabilitation treatment includes therapy and group counseling to address the mental component of the addiction. Rehabilitation will also address relapse prevention by providing the patient with the tools they need to be successful in life outside of the treatment center without the drug. This may include transfer to a sober-living facility, skills training, family counseling, and more.

There are a number of treatment options that can help you break free from a substance use disorder and finally feel like yourself again. Reach out to us today at 1-888-744-0069 for more information on how we can help you reclaim your life or the life of someone you know from grip of Ritalin addiction.

How to Help Someone with Alcohol or Illicit Drug Addiction