A great Hollywood comeback story, Robert Downey Jr. is now one of the most bankable and highly paid actors in show business, starring in blockbuster comic book films like Iron Man and The Avengers as Iron Man—a role he continued in 2019’s box-office juggernaut Avengers: Endgame. But not so long ago, he was practically unhireable due to his drinking and drug misuse—not to mention the time his addictions landed him in prison.

Both show business and addiction run in the Downey family. The cult filmmaker Robert Downey Sr. also had a substance use disorder and allowed his son to try marijuana at the age of six. According to a 1996 People article, drugs facilitated an emotional bond between father and son. This apparently led to Downey becoming a daily drinker.

A Rising Star in Hollywood

Despite his active drug and alcohol addiction, Downey Jr. made a name for himself as a young actor in the mid to late 80s. After a season in the cast of “Saturday Night Live,” he scored film roles in movies including John Hughes’ Weird Science, and he co-starred opposite Molly Ringwald in The Pick-Up Artist in 1987. That same year, Downey also gave a memorable performance in the film adaptation of the Bret Easton Ellis novel Less Than Zero, playing a rich kid whose life went off the rails amid a severe heroin addiction. Downey’s off-screen life would soon uncannily resemble that role.

Despite his active drug and alcohol addiction, Downey Jr. made a name for himself as a young actor in the mid to late 80s.

Downey’s performance in the 1992 biopic Chaplin earned him an Academy Award nomination, and his career seemed to be on an upward trajectory until 1996, when he was arrested for possession of heroin and cocaine. As reported in a 2003 interview with the New York Times, Downey was arrested multiple times for drug offenses and cycled in and out of jail.

A Cycle of Drug and Alcohol Abuse

One of the more disturbing incidents involved an intoxicated Downey wandering into a neighbor’s house and passing out in a bed. After repeatedly missing court ordered drug tests, Downey was sentenced to a three-year prison stint in 1999 but only ended up serving a year in California Substance Abuse Treatment Facility and State Prison, Corcoran.

In 2001, while on parole, Downey was found barefoot, wandering around Culver City, California, and was arrested on suspicion of being under the influence. That incident led to him being fired from his role on the TV show “Ally McBeal” in addition to other film and stage jobs. Instead of being sent back to prison, the now-broke actor was ordered to rehab.

Downey’s wife Susan Downey (née Levin) told Harper’s Bazaar that he quit drugs for good in 2003 after she gave him an ultimatum. Apparently, it stuck. According to a 2013 Daily Mail article, the actor credits a combination of 12-step programs, yoga, meditation and therapy with keeping him sober.

He also credits sobriety for the phenomenal career momentum he has enjoyed over the past few years. In the early aughts, it was practically impossible for Downey to get hired since most filmmakers wouldn’t—or couldn’t—pay the exorbitant insurance bonds it required to have him on set. His career didn’t pick up again until Mel Gibson personally underwrote Downey’s liability insurance so that the actor could star in 2003’s The Singing Detective.

From there, Downey started working steadily, appearing in films such as Gothika, A Scanner Darkly, Zodiac and Kiss, Kiss, Bang, Bang. 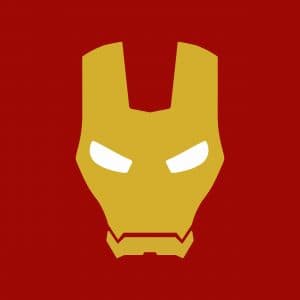 Downey’s star-power rose in 2008 when he starred in the 2008 summer blockbusters Iron Man and Tropic Thunder, earning his second Oscar nomination for the latter. Downey then starred in The Avengers in 2012. He has since starred in subsequent Iron Man movies as well as numerous other movies in the Marvel universe, making him a critical player for Marvel. In addition, he has filled roles in two Sherlock Holmes movies and other movies that continue to show his talent and range as an actor.

Where once he was viewed as toxic, Downey now finds himself in a place where studios and directors are seeking him out. Now in recovery for more than 15 years, he fact that Robert Downey Jr.’s career seems to improve the longer he stays sober makes his comeback one of the most impressive and inspiring stories.