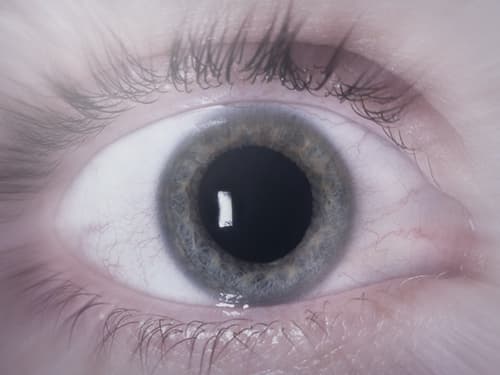 Stimulants, both illicit and prescription, are known to increase energy and alertness. Prescription stimulants can offer therapeutic benefits when used as prescribed. However, both prescription and illicit stimulants have a high propensity for misuse, which can lead to serious potential health effects and/or a substance use disorder (SUD).1,2,3

Considering the potential health effects, it’s important to understand the risks of using stimulants. If you or a loved one have questions about stimulants and their misuse this article can help. It will cover:

What is a Stimulant?

Stimulants are a class of drugs that increase certain types of central nervous system activity and can include prescription medications or illicit substances.1, 2 Taken as prescribed, prescription stimulants can offer therapeutic benefits to people with conditions such as attention deficit hyperactivity disorder (ADHD) and narcolepsy.2

Unfortunately, many illicit and prescription stimulants are prone to misuse and are highly addictive due in part to the rush of euphoria and exhilaration they often provide.7, 8

In addition to other pharmacological effects, this rewarding rush of stimulants is caused by an increase in levels of certain brain chemicals, including dopamine and norepinephrine.9 Dopamine plays a role in reinforcing pleasurable behaviors within the reward circuitry of the brain.2 Norepinephrine is involved with many of the physical effects of stimulants, such as changes in blood pressure, heart rate, body temperature, and respiratory rate.2, 11

Don’t let another day pass by without treatment.
Learn how you can begin living a new life in recovery.


What is Stimulant Abuse?

The misuse of stimulants is a serious concern as many people of all ages turn to prescription and illicit stimulants for their euphoric and/or alleged performance enhancing effects. But what is stimulant abuse exactly?

Stimulant misuse and abuse occurs when someone takes prescription drugs inappropriately (e.g., without a prescription) or when they use illicit stimulant drugs.4, 5 Stimulants are abused for different reasons depending on the substance and its effects. Stimulants may be misused to: 4, 6, 10

Whether stimulants are prescription or illicit, the potential adverse side effects are similar, including:10

Stimulants are also highly addictive because of how they affect brain chemistry.2, 8, 12, 13 Significant increases in dopamine levels affect the reward areas (or reward circuit) of the brain and reinforce stimulant use.2, 6, 8 When a person’s brain is exposed to the substance over and over again, the circuit eventually gets used to the presence of the drug and without it, a person can struggle to feel those positive effects, making it more difficult to stop using.25

How Are Stimulants Used?

Stimulants can be taken in a number of ways with varying effects. Prescription stimulants are most commonly available as tablets or capsules intended for oral use.1, 4, 2 In some cases, people may attempt to crush and snort the pills, or dissolve their contents into water to be injected.2 Illicit stimulants in their various forms are typically snorted, smoked, or injected.1, 6, 14

How a stimulant is used can influence how quickly the effects are felt and how long they last.6, 11, 14 Stimulant effects may be felt most rapidly and intensely when the substances are injected or smoked, although they aren’t felt for as long as they would be with certain other methods of use.11, 14 Snorting stimulants still leads to somewhat rapidly felt effects, though they may be relatively less strong and longer lasting than smoking or using needles.11, 14 Orally ingested stimulants have the slowest onset but the longest duration of effects.11, 12

The way a stimulant is taken may increase the likelihood of certain health risks. Stimulants can be taken by:

Additionally, the risk of developing an addiction may greatly increase when stimulants are used in ways that produce desired effects more quickly and/or with more intensity.11, 15, 16

Stimulant abuse can have a major impact on one’s physical health, whether use or misuse is short- or long-term. The range of adverse health consequences can impact the heart, brain, and teeth.1, 4, 6 Some of the effects that can be experienced even with short-term use may include:1, 2, 4

If too much of a stimulant is taken at one time, it is possible to overdose.1 This can lead to extremely high body temperature, seizures, and even death.1, 2, 4 Chronic stimulant use or misuse can also put one at an increased risk of experiencing sudden death from a heart attack or stroke, or persistent health consequences related to these potentially devastating cardiovascular events.4, 6 If you believe you or a loved one is experiencing a stimulant overdose, call 911 immediately.

Stimulant abuse can impact a person’s psychological health and behavior as well.4, 6 Chronic use can exacerbate these effects and make them more noticeable.2, 7, 8 These may include:1, 12, 14, 15

Stimulant misuse can quickly turn into stimulant use disorder—in as little as a week in some cases of amphetamine-type stimulant use.2, 15 It can also lead to the development of mental health challenges such as anxiety or depression.10, 12 , 15

Stimulant misuse continues to be a concern, as seen in the following stimulant addiction statistics:

Professional rehabilitation has helped many people recover from addiction to stimulants.16 Treatment will be tailored to meet each individual’s unique needs and may include a combination of medical care, psychiatric services, counseling, behavioral therapy, vocational training, and other links to social services to best support the whole person throughout recovery.6, 21, 26

If stimulant use is causing problems in your life or that of someone you love, or you have questions about stimulant addiction treatment, call American Addiction Centers at 1-877-751-2819 to receive valuable information and find a program that provides the compassionate and effective care you need.