Desoxyn is a prescription stimulant medication that contains methamphetamine hydrochloride. It is available in 5 mg tablets that are intended for oral use 1,2.

It is prescribed for the treatment of 1:

The methamphetamine in Desoxyn is a member of a broader class of substances called amphetamines. Other drugs in this class include Adderall and Dexedrine.

As a stimulant medication, Desoxyn increases the activity of a group of neurotransmitters in the brain called monoamines, including dopamine. Generally, the medication is provided at a very low dose and safely adjusted for the individual. However, when too much is taken or the drug is taken without a medical need, increased dopamine activity can lead to a feeling of euphoria, or a “high,” and addiction becomes more likely 3,4.

While Desoxyn is a legal prescription stimulant, it does have the potential for abuse. The methamphetamine in Desoxyn produces powerful effects that are stronger than other amphetamines and last for long periods as long as 8 hours once in the body 2. In fact, it is so prone to abuse that the Drug Enforcement Administration (DEA) has labeled it a Schedule II substance 2.

Despite warnings and restrictions, the DEA reports that about 12 million people have abused methamphetamine at some point, although this figure accounts for those who abuse illicit meth as well 2. In 2014, there were 1.6 million people in the U.S. that admitted to currently abusing some form of stimulants 5.

If you are currently abusing Desoxyn, you don’t have to wait to get help. You can call a treatment representative at any time day or night to get started on the life you deserve.

When it comes to the use of prescription medications, it can sometimes be challenging to observe whether use has turned into abuse. If someone is prescribed the substance and takes it as prescribed for the reason it is prescribed, this is not abuse. However, when use patterns veer away from this, the user enters dangerous territory.

Abuse of Desoxyn can occur by:

Desoxyn’s abuse potential lies in the pleasurable feelings it can elicit (which the user will want to replicate with repeat and increasing doses). These include 3,6:

It should be noted that despite their reputation as study or knowledge enhancing drugs, there is no evidence to show that prescription stimulants improve academic performance in people without ADHD. In reality, people that abuse stimulants tend to have lower grades than classmates that do not 3,7.

The wanted effects of Desoxyn eventually give way to the side effects of the medication, which include 1,2,6:

Some of these signs and symptoms may present as normal side effects of use, but they will increase in number, frequency, and intensity as the substance is abused.

As a person misuses Desoxyn, they are at risk of not only the side effects associated with the drug but also of becoming addicted.

The Path to Addiction

As use or abuse of the drug continues, the person is in danger of developing a dependency to the drug, as well as increased tolerance.

As tolerance begins to build, Desoxyn no longer has the ability to produce the results it once did. The user will have to continue upping their dose in order to counteract their increasing tolerance.

Dependence occurs when the brain begins to only operate normally with the substance present. When Desoxyn is not available or available at the desired level, the person will not feel well and will experience significant discomfort, called drug withdrawal.

Some amount of tolerance and physiological dependence may occur with normal prescription use, and not every user who experiences these phenomena will become addicted. However, recreational use or repeated misuse of a prescription places the user in a precarious position in which addiction is close at hand.

Addiction is seen in an intense desire to attain and use more Desoxyn, even when the likely outcomes will be negative. Someone addicted to the medication may 8:

Physical and Mental Side Effects 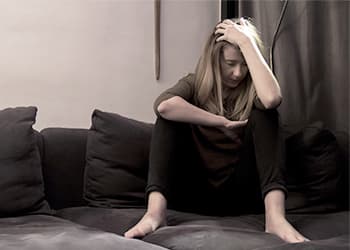 An individual who abuses Desoxyn is prone to experiencing the more severe of the possible side effects of the medication, and these include 1,2,6:

Another dangerous outcome of Desoxyn abuse is overdose. An ever-increasing tolerance that requires the individual to take more and more to feel the effects is a huge risk factor. Symptoms of overdose may include 1:

If the person survives the marked overstimulation of a Desoxyn overdose, they are likely to experience a period of intense fatigue and depression as their body recovers 1.

Do you have a problem? Learn the 5 signs you need rehab now.

Use of Desoxyn and other stimulant medications is not only an issue for adults; it is a concern for adolescents as well. Teens that abuse the drug may overuse their prescription or obtain the drug from a family member or friend. They may take the pill orally or crush the substance and snort it through the nose to intensify the high and quicken the effects 3.

Though information specifically related to Desoxyn is limited, there are surveys that track the use of stimulants in high school students. According to the National Institute on Drug Abuse for Teens 3:

Parents interested in preventing or ending Desoxyn abuse should:

Remember, Desoxyn abuse can occur even if there is an active prescription for it. If you or someone you know is being impacted negatively by Desoxyn, treatment can help. To begin the treatment process, consider calling today.