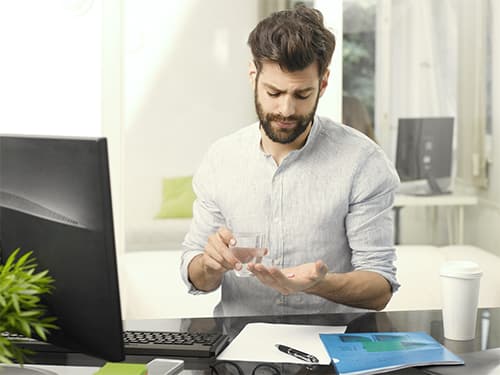 Dextroamphetamine is a central nervous system stimulant prescribed for the treatment of attention-deficit/hyperactivity disorder (ADHD) and narcolepsy.

This substance is also known by specific brand names such as Dexedrine, ProCentra or Zenzedi. The well-known ADHD drug, Adderall, is a combination of dextroamphetamine and amphetamine. Street names for dextroamphetamine include “dex,” “bennies,” and “uppers”.

Dextroamphetamine is a Schedule II controlled substance that carries a high risk of abuse and addiction. Stimulants like dextroamphetamine are often abused for their ability to produce desirable feelings such as:

Abuse of dextroamphetamine occurs when users take the drug in excess amounts or utilize alternate methods of administration (i.e., crushing and snorting or injecting it) with the intent of eliciting more rapid and intense effects. Abusing dextroamphetamine has the potential to cause serious physical and mental health symptoms ranging from paranoia to cardiovascular failure.

In 2011, an average of 114 hospital visits per day involved the illicit use of amphetamines and/or methamphetamine in individuals between the age of 18 and 25, per the Substance Abuse and Mental Health Services Administration (SAMHSA).

The 2014 National Survey on Drug Use and Health found that an estimated 1.6 million Americans over age 12 were non-medically using psychotherapeutic drugs, which includes stimulants like dextroamphetamine.

A number of symptoms may indicate the abuse of dextroamphetamine, including:

The user may have a persistent runny nose or nosebleeds if the pills are crushed and snorted. A user may have needle or “track” marks if he or she injects the pills. 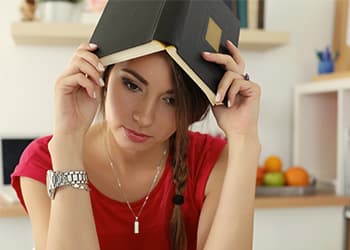 The abuse of dextroamphetamine has serious health consequences, including:

A condition known as Raynaud’s phenomenon is also commonly associated with dextroamphetamine abuse and is characterized by a stronger-than-normal reaction to cold. During an “attack,” toes and fingers may feel numb and change color (pale to bluish and then to red) and then begin to tingle and throb as they warm up.

Dextroamphetamine abuse and addiction can also take a toll on the user’s life and cause numerous troubling issues, including:

Finally, continuing to abuse dextroamphetamine contributes to the risk of fatal overdose. 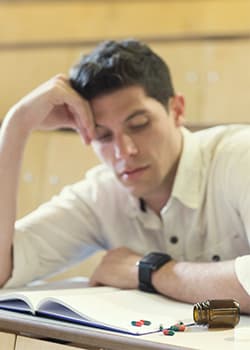 According to a 2012 study on prescription stimulant use:

For more information, visit our page on the History and Statistics of “Study Drugs”.

Dextroamphetamine is primarily used to treat ADHD. According to NIDA:

Young people who abuse prescription stimulants are more likely to abuse other drugs.

Prevention is essential in addressing the issue of prescription stimulant misuse among children and teenagers. Prevention starts at home and includes several facets, including:

Many resources can help increase your understanding of dextroamphetamine, stimulant misuse and abuse, and recovery.  Check out some of these websites:

To get help for yourself or someone you love, call us at . Our treatment advisors can help direct to you a treatment program that suits your needs.

Leah Miller, MHC
Leah Miller earned a certificate in chemical dependency counseling from Suffolk County Community College and her Master’s degree in Mental Health Counseling from Hofstra University. Leah began working with substance use disorders through an internship and saw the need for integrated treatment for dually diagnosed clients. Through schooling and beyond, Leah has worked with people with substance use disorders as well as severe mental illness, including schizophrenia, bipolar disorder, major depressive disorder, anxiety disorders, and personality disorders. Leah also works with families of clients to educate them about the diagnosis of their loved ones and how to help them work towards recovery. Through her work with American Addiction Centers, Leah strives to educate the public and reduce the stigma surrounding substance use disorders and mental illness.