The Effects of Dexedrine Use

Dexedrine is a brand name for the prescription drug dextroamphetamine and is used to treat pediatric attention-deficit/hyperactivity disorder (ADHD) and narcolepsy in both children and adults. By increasing neural signaling via several neurotransmitter systems, Dexedrine stimulates the central nervous system (CNS) and boosts several physiologic processes, leading to 1,2,3:

Dexedrine is similar to other brand-name dextroamphetamine-based drugs such as 2,3:

Though the effects may be similar, Dexedrine differs from some other commonly prescribed stimulant medications like Concerta and Ritalin as those are formulated with another drug called methylphenidate. Though different, both substances work as CNS stimulants and are prescribed for similar conditions 3.

Dexedrine is available in extended-release capsules and is prescribed in doses from 5 mg to 60 mg that may be given at once or in divided doses in the case of narcolepsy. For those 6 and older using the substance for ADHD, dosing starts at 5 mg, with subsequent increases as needed until symptoms are controlled (with 40 mg being the suggested maximum dose) 1.

People who use drugs tend to show signs of it in every aspect of their lives.
Learn the signs and symptoms of drug abuse.

Although the substance has the ability to improve symptoms of ADHD and help manage narcolepsy, Dexedrine abuse can be very harmful to the user. In fact, its potential for harm is indicated by the drug’s status as a Schedule II controlled substance (as determined by the Drug Enforcement Administration), which means that while the drug has therapeutic benefits, it carries the risk of abuse 1.

Dexedrine’s powerful stimulant effects should be closely monitored, even when the substance is being used as prescribed. To be sure, the drug’s potential for harm increases dramatically when it is abused. As with other prescription drugs, Dexedrine can be abused by 3:

One specific way that people abuse Dexedrine is to use it as a focus and study enhancing drug, hoping that the improved focus it provides to people with ADHD will help them study more effectively and for longer periods of time. There is no evidence to support that abusing study drugs actually leads to improved academic performance 4:

Other groups of people willing to abuse Dexedrine include 5:

Rates of abuse are high because of the perceived benefits as well as easy access to the substance. Due to desirability and accessibility, 3.1 million people in the U.S. reported using a stimulant like Dexedrine within the last month (according to a survey by the Substance Abuse and Mental Health Services Administration).

This rate of abuse is third behind only marijuana/weed and prescription pain medications 5,6.

The short-term effects of Dexedrine are achieved by the stimulant drug’s ability to interact with a group of neurotransmitters in the brain called monoamines, which includes 5: 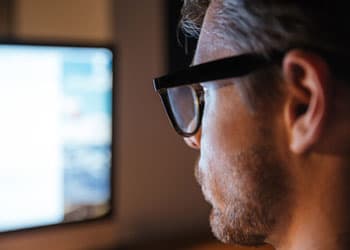 With the combination of neurotransmitter influence, Dexedrine use can produce a range of effects in the short-term, such as 1,3,4:

Those abusing the substance may wish to achieve the above effects but at an extreme level. For example, someone may abuse Dexedrine so that they can complete their work more quickly and efficiently without needing to stop for sleep. Other people will abuse it primarily for getting high since the substance can trigger a sense of euphoria with 7:


Additional effects of sudden death, stroke, and cardiac issues can be triggered in people with heart conditions. Because of this, someone’s cardiac health should be determined before they are prescribed Dexedrine 1.

The risk of side effects may increase when the substance is combined with antidepressants or over-the-counter cold medicines (e.g., decongestants containing pseudoephedrine). This mixture can cause very high blood pressure and dangerous changes in the heart rate 3.

Long-term Dexedrine abuse is associated with a wide range of ill effects to one’s physical and mental health. As use continues for longer periods or the substance is abused at higher levels, the risks increase.

The drug can give rise to several psychological issues, including 1:

Physically, Dexedrine may carry a link to long-term suppression of growth. Taking a stimulant medication consistently has been shown in some cases to slow the growth rate of the user. This can be seen by losing weight, failure to gain weight expectedly, and failure to grow taller. In some cases, Dexedrine can diminish appetite to a degree that extreme weight loss and malnutrition can occur 1.

Some of the more harmful effects of Dexedrine use and abuse are ones that you cannot easily see: accumulated tolerance, substance dependence, and addiction. 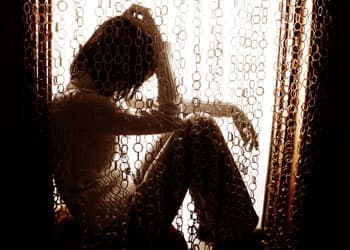 People addicted to Dexedrine may show symptoms by 8:

The development of physiologic dependence may be difficult to identify during active use, but the symptoms become clear when use ends or decreases because withdrawal symptoms emerge within hours or days after last use depending on factors such as dosing, frequency, and methods of use. Though these symptoms are seldom life-threating, withdrawal from stimulants will be uncomfortable and include 7:

Because the withdrawal profile associated with stimulants is rarely medically dangerous, many attempt to allow their body to process and remove the substance, which is called detoxification, without professional treatment. This might not always be advisable, however, since withdrawal-related depression can be severe in some cases

And though infrequent, the level of violence and aggression that arises during some individuals’ withdrawal can also precipitate dangerous results. With these risks, people withdrawing from Dexedrine may benefit from a period of inpatient detoxification to better manage these risks and ensure the safety of the individual 7.

There are no medications specifically designed for stimulant withdrawal treatment. Pharmacologic interventions are instead largely supportive and administered for symptomatic relief, as needed. In cases of significant associated depression, the use of antidepressants may be helpful during withdrawal. Treatment mainly focuses on behavioral therapies such as 7,9,10:

Each of these treatment options can be performed in various settings from inpatient, outpatient, and others in between.

If this information leads you to believe that you or someone important to you has a problem with Dexedrine abuse, addiction, or dependence, treatment might be necessary. Consider calling to speak to someone about treatment options to lessen the impact of Dexedrine abuse in your life.