Ritalin is sold as both an immediate-release and extended-release medication 2. Extended-release Ritalin is designed to gradually release methylphenidate into the bloodstream throughout the day, rather than all at once.

Ritalin is classified as a Schedule II drug by the Drug Enforcement Agency (DEA) because of its high potential for abuse 1. Prescription stimulants like Ritalin may be misused by those attempting to increase energy, improve academic performance, and to lose weight. Ritalin misuse can involve 3:

Misusing Ritalin, such as by crushing and snorting it, is dangerous because at high doses it can lead to fever, irregular heart rate, heart failure, and seizures 1. Over time, snorting Ritalin can also result in serious cardiovascular issues, anger, psychotic symptoms such as paranoia, and if abruptly discontinued, is associated with withdrawal symptoms like depression, fatigue, and sleep disturbances 1,3. Snorting Ritalin can also lead to a more intensely realized high—a phenomenon that may increase the risk that a user will become addicted 3.

Crushing and snorting an extended-release version is especially dangerous because it tampers with the intended, slow-release mechanisms built in to the tablet. This could potentially result in the instantaneous ingestion of a dose of stimulant intended to be released over hours, which would dramatically increase the risk of overdose.

Why Is Snorting Ritalin Dangerous?

Ritalin is a prescription drug that carries minimal risks when taken exactly as prescribed. However, when abused, it can place users at risk of experiencing numerous health problems. Ritalin users who snort the drug may also accidentally take more than intended, increasing their risk of overdose. In some cases, high doses of Ritalin can lead to seizures, heart failure, and even death 3.

Snorting Ritalin can be more dangerous than consuming it orally because of the potential to amplify the drug’s effects in the brain, which may in turn increase the drug’s addictive potential. In the brain, chemicals called neurotransmitters influence the way people feel. Stimulants like Ritalin affect two specific neurotransmitters, norepinephrine and dopamine, in the brain 3 to produce a euphoric stimulant high. This powerful high and the underlying biochemical mechanisms of stimulant intoxication can quickly lead to continued, compulsive drug use—it keeps the user coming back time and again in spite of the negative physical or mental consequences that may occur over time 3.

Ritalin users may abuse the drug hoping to enhance its pleasurable effects. However, in doing so, they also subject themselves to a long list of side effects that include 2:

Repeatedly misusing Ritalin by snorting it can also lead to problems such as 4, 5:

While some of its side effects may be reversible, others may have lasting consequences.

There is no better time than today to get help.
Find a program now.


Can Snorting Ritalin Cause an Overdose?

Yes, misusing Ritalin in any way—including snorting the drug—can lead to an overdose. An overdose can occur if a person uses more Ritalin than his or her body can handle. A person may experience an overdose after using the drug once or using it over a long period of time. 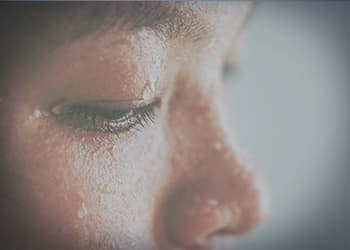 Signs of an overdose may include 2:

In some cases, a Ritalin overdose may result in death 3. Symptoms that could be fatal include dangerously high body temperature or blood pressure, irregular heart rate, heart failure, and seizures 3.

Signs That Someone is Snorting Ritalin

Loved ones of people addicted to Ritalin may notice signs that a person is snorting the drug such as:

If you or someone you love is snorting Ritalin, you may also be wondering about the signs of addiction. Ritalin addiction involves repeatedly using this drug despite its negative impact on your health and well-being 3. Other signs include 6:

People abusing Ritalin prescriptions may run out of pills more frequently or seek out multiple doctors. Being aware of the signs of addiction and the treatments available can help people make educated decisions about their recovery. 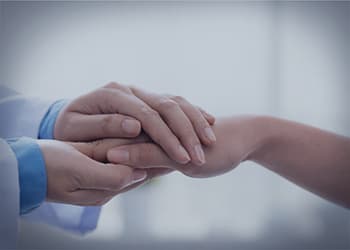 Whether a person just began abusing or is heavily addicted, getting help for Ritalin addiction can prevent future physical and mental health issues. The first step to recovery from Ritalin dependence is often detox to manage withdrawal and prevent early relapse. Ritalin withdrawal symptoms may include 3:

Detox provides a safe environment in which drugs can be removed from the body in a controlled manner. Because Ritalin users may develop a range of withdrawal symptoms when trying to stop, detox programs monitor these symptoms to ensure the safety and comfort of patients. Detox programs may also begin to introduce people to the recovery process by exposing them to therapy and support groups.

Once detox is complete, recovering individuals have the best chances of success if they continue addiction treatment. Further treatment may include inpatient or outpatient options:

Treatments proven to be effective for cocaine and methamphetamine addiction are also effective for treating prescription stimulant addiction 3. People addicted to Ritalin may benefit from the following treatment approaches 7:

While treatment programs may vary in their specific approaches, they all aim to help those in recovery from addiction eliminate their drug use and develop healthier coping skills. Seeking treatment can reduce the risk of relapse and future health issues that can occur with Ritalin addiction. For help locating a Ritalin addiction treatment center, call our helpline at .