Vancouver is facing an unprecedented number of opioid overdoses, prompting the government’s housing partners to launch a new effort in hopes of curbing this deadly trend.

The goal is to get intravenous drug users to use in designated supervised areas of public housing facilities, as opposed to injecting all alone where they could overdose without anyone knowing.

A Desperate Need Leads to a Drasitc Proposal 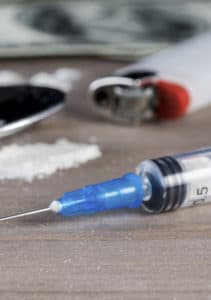 Atria, which is a public housing company in Vancouver, offers a common room space where residents can inject. The room’s door is monitored via camera; after entry, residents are checked on every ten to fifteen minutes.

In cases of overdose, staff members are trained to administer Naloxone. Since March 1, 2017, they’ve had almost 16,000 people make use of these rooms.

Another housing provider, the Portland Hotel Society, pioneered supervised injection sites. They operate the Insite clinic, the first of these sites in North America. Institute staff responded to 2,026 overdoses in 2016 and almost 600 in 2017.

The Canadian housing authority’s attempt to integrate these injection sites into public housing is part of the evolution of harm reduction.

The primary goal is to reduce the number of drug-related incidences, even if IV users aren’t able to become abstinent. Of the fifteen supported housing sites run by Portland Hotel Society, staff members are seeing more potential overdoses than they see at the Insite clinic.

Harm Reduction Comes to the U.S.

Recently, the discussion about safe injection sites has moved to the United States. In fact, the American Medical Association passed a resolution in support of these supervised injection sites in 2017.

Of course, the idea of legal injection sites as a harm reduction measure is highly debated. On one side, there are people who think it’s simply “enabling” substance abuse. On the other side, there are people who believe it’s important to place a higher priority on saving lives rather than focusing solely on abstinence. In the face of an opioid epidemic claiming countless lives, some say harm reduction may be the only way to keep people alive long enough to get them into treatment.

We’ve always been told to avoid enabling someone who’s struggling with an addiction – that the person should be allowed to hit “rock bottom” in order to seek help. Unfortunately, it seems the rock bottom for thousands of people is death.

So what do you think? Are safe injection sites an innovative way to save lives? Or are they just another way to advocate for drug use? Sound off in the comments section below!