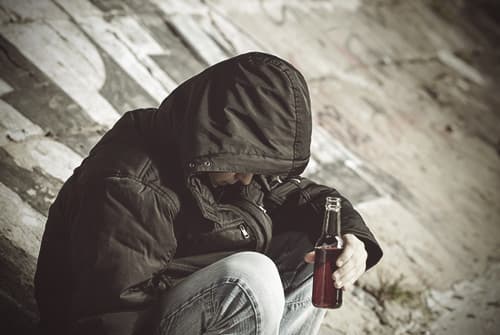 Even though few people mention “bath salts” when they discuss addictive drugs, this new misnamed category has grown astronomically in popularity over the past several years.

“Bath salts” are actually far more than the salts you may have used in your bath water at one time or another; they are synthetic powders cooked up in backyard labs to closely resemble cocaine and amphetamines, drawing on concentrated versions of the stimulant in the plant known as Khat.

These dangerous powders are called “bath salts” because they resemble those harmless crystals. Another misleading name for these drugs is “research chemicals,” when in fact these substances act as a sort of “fake cocaine,” with similar effects when consumed by snorting, injecting or smoking. Most bath salts contain mephedrone, a stimulant, and methylenidioxipyrovalerone, also known as MDVP, a stimulant and psychoactive drug.

Bath salts go by many names, including:

They are sold in small plastic and foil packages, holding 200 or 500 mg in most cases.

The effects of these drugs are felt most keenly when they are snorted or administered intravenously. Each of its components has its particular dangers: mephedrone has long been known to produce overdoses due to its highly addictive properties and MDPV causes changes in neurochemical function, amplifying perception, behavior, mood and thought.

Bath salts became drugs of choice for some only about a decade ago, and to prove that authorities and legal experts have not caught up to them, you only have to log onto the Internet to find them for sale in the open. You can also find them at certain stores that sell them as a “legal high.” Internet sales, obviously, have no way to screen buyers to determine age, which only heightens the potential damage that bath salts can do.

Some bath salts have indeed been declared illegal, but not all have been ruled to be against the law yet. In late 2011, the DEA used its emergency scheduling authority to place three of the stimulants used to make bath salts in the category of Schedule 1 Substances, legislated by the Controlled Substances Act.

Bath salts are often combined with alcohol abuse as users get hooked on the euphoric feelings that they have. Here are some of the alcohol and bath salts facts that have been uncovered in the past few years through anecdotal evidence and research:

If you are watching someone or wondering if you are abusing bath salts, look for these signs of concurrent alcohol and bath salts abuse:

When combined with alcohol abuse, abuse of bath salts can be incredibly dangerous, with the full extent of its negative effects still unknown. When you consider that many bath salts have a 90% purity level, you can begin to grasp the toxicity of these drugs (cocaine and amphetamines often have a purity level under 50 percent). Another huge danger of bath salts is that no recommended dosage comes with the $50 packets that users buy on the Internet.

Among the concurrent alcohol and bath salts abuse problems noted by researchers are:

Some treatment centers now bill themselves as bath salt addiction centers, which is promising. These centers have learned quickly about bath salts and alcohol concurrent addiction and they are offering rehab programs that help bath salts addicts.

Due to the extreme addiction that can result from bath salts, users often have to spend prolonged periods of time at a rehab center. The National Institute of Health recommends residential recovery programs that last at least 30 days. Some bath salts/alcohol abusers need six months to a year in these facilities to completely achieve sobriety.

If you need liberation from alcohol and bath salts addictions, call to discuss your treatment options.

Statistics for alcohol and bath salts users are difficult to come by, given that bath salts have only recently become popular. Even so, SAMHSA has reported that 23,000 emergency room visits were made by bath salts users in 2011, drawing on a report released by the Drug Abuse Warning Network (DAWN).

Of those 23,000 visits, two-thirds were prompted by an additional substance being abused to combine with bath salts. The most common partner with bath salts resulting in a trip to the emergency room was marijuana (15 percent).

Teens have been drawn to bath salts because they seem less dangerous and are sometimes billed as a legal high. They have been able to obtain them both on the Web and in “head shops.” As their less-developed bodies try to cope with the introduction of these chemicals, the possibility of serious damage and death is higher for teens.

For more articles and info on this new category of drugs, you can check out the following articles:

You can join a community of those who understand and find support today at our community forum.