The Problem of Alcohol and Amphetamine Abuse

Just because two substances can each be obtained legally does not mean that they are safe together. The risk associated with alcohol and amphetamine use increases when these addictive substances are used simultaneously.

Amphetamine abuse is something that many people may not consider problematic, but it deserves serious consideration, since millions of teens and adults are prescribed the medication monthly.

Reports from the American Association of Poison Control Centers state that:

Amphetamines are manmade stimulant drugs that doctors prescribe for:

Being a stimulant means that amphetamines can increase activity levels, attention, alertness, and energy in a way similar to cocaine.

There are several brand names for oral amphetamines, with Adderall being the most recognized.

When used as prescribed, these medications are effective with some side effects but, when combined with alcohol, problems frequently occur.

Due to their levels of access to the substance, teens and young adults abuse amphetamines at levels higher than the rest of the population. Unlike other types of drug use that have decreased in this demographic, amphetamine abuse is increasing overall, especially in high school students. The National Institute on Drug Abuse reports that between 2011 and 2014:

When you pair this information with that statistic that 60.2% of 12th graders abused alcohol in the last year, the prevalence of alcohol and amphetamine abuse becomes clearer.

Prevention is a key factor in limiting amphetamine abuse by teenagers. To prevent abuse:


When abused, amphetamines have the ability to minimize the tired and groggy feelings associated with alcohol intoxication. Abusers will take amphetamines when drinking to extend the time that they can drink heavily. This extended time increases the risk of alcohol poisoning from overconsumption, leading to organ damage and death. In turn, alcohol can intensify the pleasurable influence of amphetamines.

Learn more about the effects of alcohol and amphetamine use.

Effects of Alcohol and Amphetamine Abuse

There is no debate that alcohol and amphetamines are both very addicting when abused. Additionally, over time, people develop tolerances to these drugs, which means that more of the substance is required to achieve the same results. This increases the risk of overdose. Long-term, concurrent abuse of amphetamines and alcohol can lead to:

People addicted to alcohol and amphetamines need to seek professional treatment. Suddenly stopping use without observation can be difficult, uncomfortable, and potentially deadly due to withdrawal symptoms.

Once someone decides to stop abusing alcohol, a period of supervised detoxification is necessary to avoid these risks.

Detoxification is a medically supervised process of allowing the body to process and remove any remaining trace or influence of drugs. During this process, medical professionals will:

After detoxification, treatment of alcohol abuse and amphetamine abuse will focus on several areas, including: 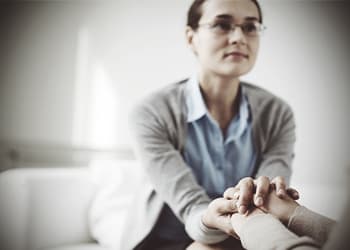 Don’t wait to get your life back. Many recovery programs are designed to treat those who have struggled with the use of multiple substances. Call for free at to discuss addiction treatment options. All calls are confidential and will address your individual needs.

To get involved in the conversation about substance abuse, visit our Forum today.