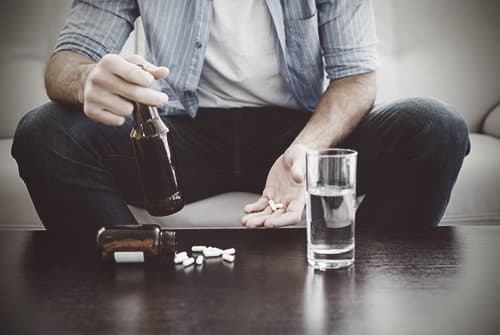 Codeine phosphate is an opioid analgesic drug—otherwise known as a painkiller or narcotic. It is a relatively mild narcotic but, when used in large amounts, it can still be quite dangerous.

Typically, codeine is prescribed to treat mild to moderate pain, but its recreational use and popularity has grown in recent years. Codeine is a favorite among young adults and high school students (Nielsen et al., 2015; Jonasson et al., 2000).

Alcohol, however, is still the most popular drug in the United States, and that distinction does not seem to be changing any time soon. Alcohol is widely abused by adults and teenagers alike, with nearly 40% of all high school students having at least tried some alcohol in the past 30 days, despite the fact that alcohol is illegal for individuals under the age of 21 (NIAA, 2013).

When used in conjunction, alcohol and codeine can enhance their respective effects and increase the potential for a drug overdose. Alcohol inhibits the metabolism of codeine—and that of other opioids—thereby increasing codeine’s effects (Swift, 2008; Hall 1996).

Signs and Symptoms of Alcohol With Codeine 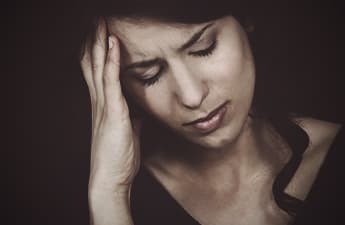 There are several signs of concurrent alcohol and codeine use that those at risk for substance abuse should be well aware of in order to be able to recognize the symptoms of substance abuse in themselves and others.

Alcohol’s effects typically wear off within a few hours, but long term alcohol abuse can cause debilitating organ damage to the liver and the kidneys.

Codeine is usually prescribed to treat mild to moderate pain; however, the drug has recently been used recreationally at a higher rate (Nielsen et al.). Negative side effects of codeine use include:

Find out more about the harmful effects of alcohol use combined with codeine by calling a drug and alcohol helpline.

Problems caused by concurrent alcohol and codeine use are quite serious and need to be addressed by a medical professional. Alcohol can cause the active ingredients in codeine to be released quicker into the bloodstream, which increases the risk of a drug overdose (Hall, 1996). If prescribed codeine, patients should avoid alcohol altogether, as the drug’s potential dangers are too severe to ignore.

Patients suffering from alcohol and codeine addiction either separately or concurrently should get help at a rehab program. There are several rehab programs that operate locally and can help patients reach sobriety.

Statistics for Alcohol and Codeine 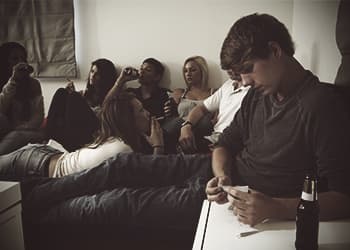 There is more access to prescription drugs in today’s world, and young adults are taking advantage of the access. Alcohol also continues to be the most popular drug for both the adult population and for minors in the United States. Often, this is due to a culture where drinking alcohol is deemed cool or acceptable, even for those below the legal age of 21 (NIAA, 2013).

Among underage drinkers aged 12-20, 22.3% stated that they had given money to someone with the expectation of purchasing alcohol.

This is a dangerous trend, and the rate of recreational abuse of prescription drugs among high school students continues to increase.

There are several articles that will provide further information on codeine and alcohol abuse:

For those interested in getting clean, give us a call free at . We’re working to help you get back to living a life of sobriety, and we’ll help you to choose a substance abuse treatment program that fits your individual needs. You don’t have to worry about going it alone—the rehab program you select will provide a strong support system. All you need is a bit of motivation and you’ll get on the right path towards living clean. Give us a call today!