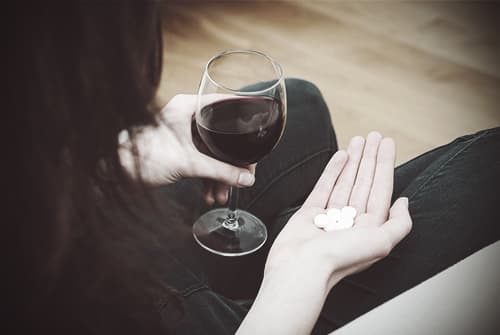 Simultaneous abuse of Concerta, a central nervous system stimulant, and alcohol, a depressant substance, can have numerous effects on the body. Unbeknownst to many users, each substance can effectively increase the dangers of the other. Substance abuse treatment could make a life-saving difference for someone concurrently abusing these drugs.

The Problem of Alcohol and Concerta Abuse

It works by effectively increasing the amount of dopamine, a chemical involved in nerve cell signaling and communication, being used by areas of the brain relating to attention and self-regulation.

When used as prescribed, Concerta can lead to:

Despite its effectiveness when appropriately prescribed and taken, the drug has since been adopted for recreational use. As with all stimulants, Concerta has a high potential for abuse. Due to its “party drug” reputation and the high numbers of ADHD diagnoses and accompanying Concerta prescriptions (resulting in it being relatively easy to obtain), the potential for co-abuse with alcohol is also very high.

Concurrent use of Concerta and alcohol can result in dangerous situations wherein users experience both the stimulant and depressant effects of each respective substance, in addition to a number of other effects brought on by the combination of the two.

Taking these drugs together can producefrightening symptoms that should be taken seriously.

As mentioned, both Concerta and alcohol have specific effects when used alone, and when used together the dangers increase.

When ingested together, even at low doses, the drugs have a notable effect on each other – the alcohol serves to increase the amount of active Concerta available in the central nervous system (Griffin et al, 2013).

Because Concerta is a stimulant and alcohol a depressant, they have mostly opposing effects. This can lead to the increased potential for overuse of both substances due to the counteracting sensations.

Alcohol will continue to have an effect on the body and brain despite the subjective sense of sobriety, which can subsequently lead to excessive drinking and alcohol poisoning.

Due to their addicting qualities, especially when used together, long-term effects of co-use encompass all the risks of each drug alone, with an even higher potential for brain damage due to compounding effects. 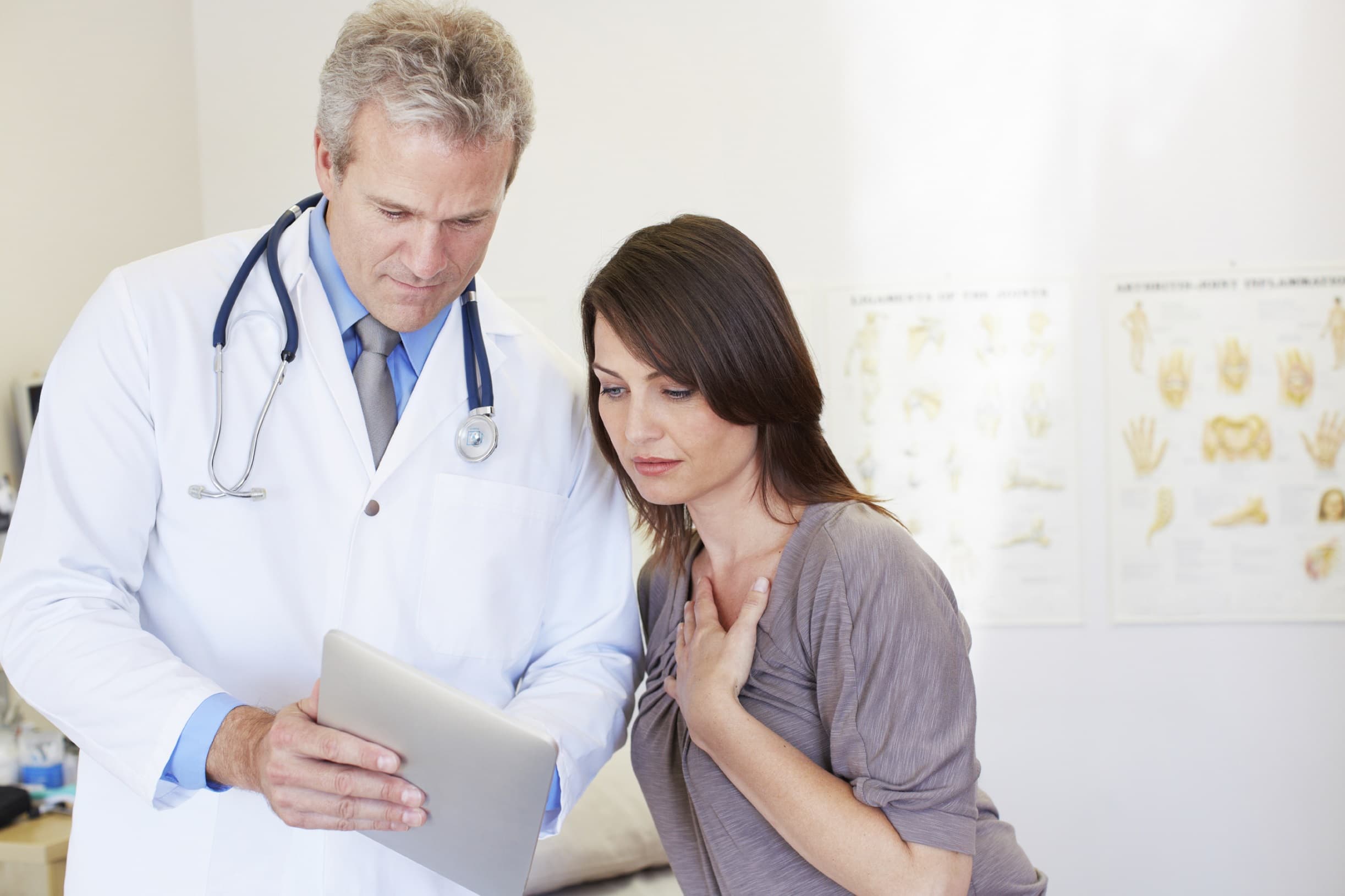 Treatment for co-abuse of Concerta and alcohol will vary based on the needs and age of the individual. The patient will have an initial assessment by an addiction treatment professional and will typically go through a period of supervised detoxification.

It is vital that an individual seeking help with concurrent Concerta and alcohol abuse receive professional assistance and supervision, as detox from alcohol can have severe symptoms that can sometimes be life-threatening. Many inpatient treatment centers offer monitored withdrawal and detox as an early part of the treatment process.

Multiple treatment options are available to address the root of the addiction and find effective ways to cope with the stress of recovery.

Residential treatment offers immersive treatment that takes you out of your everyday environment to focus completely on sobriety.

Outpatient treatment, on the other hand, will provide focused care but not around-the-clock. It has the benefit of allowing you to continue living at home during your recovery process.

In some programs, medication assistance may be utilized as part of the treatment process. In the case of someone who is particularly prone to alcohol abuse, certain medications may be used to curb cravings and ease the recovery process. Additionally, non-stimulant alternatives may be considered for those whose co-abuse involves drugs such as Concerta.

In cases of both non-prescribed co-abuse of Concerta with alcohol, as well as those where Concerta was initially prescribed as part of a therapeutic regimen, individuals will receive the most effective treatment in a program specializing in multi-substance abuse and dual diagnosis conditions.

If you are not sure what kind of treatment might be right for you, call us at to speak with a treatment support advisor about finding the perfect recovery program for you.

A growing number of teens and adolescents are using prescription stimulants under the belief that it will improve academic ability. In fact, Concerta and Ritalin are often referred to as “smart” or “study” drugs, which has the implication they are less harmful when abused than they really are.

Recreational use of drugs is especially risky during adolescence because the brain is still developing.

Concerta and alcohol both exert powerful effects on the brain, especially when used at the same time, and so teens should cautiously avoid this dangerous drug combination. Recent studies have found that alcohol is consumed in larger amounts while using Concerta, than when using alcohol alone (Barkla et al., 2015).

Providing an education about these drugs and their effects, emphasizing the importance of healthy brain development, and staying engaged with your teen will help them better understand the risks associated with co-abuse. Also, it’s extremely important to emphasize that prescription drugs can be just as dangerous as illegal drugs when abused.

If you believe a teen in your life may have a stimulant and/or alcohol abuse or addiction problem, call our hotline at for information about finding a treatment program that will work for you and your teen. 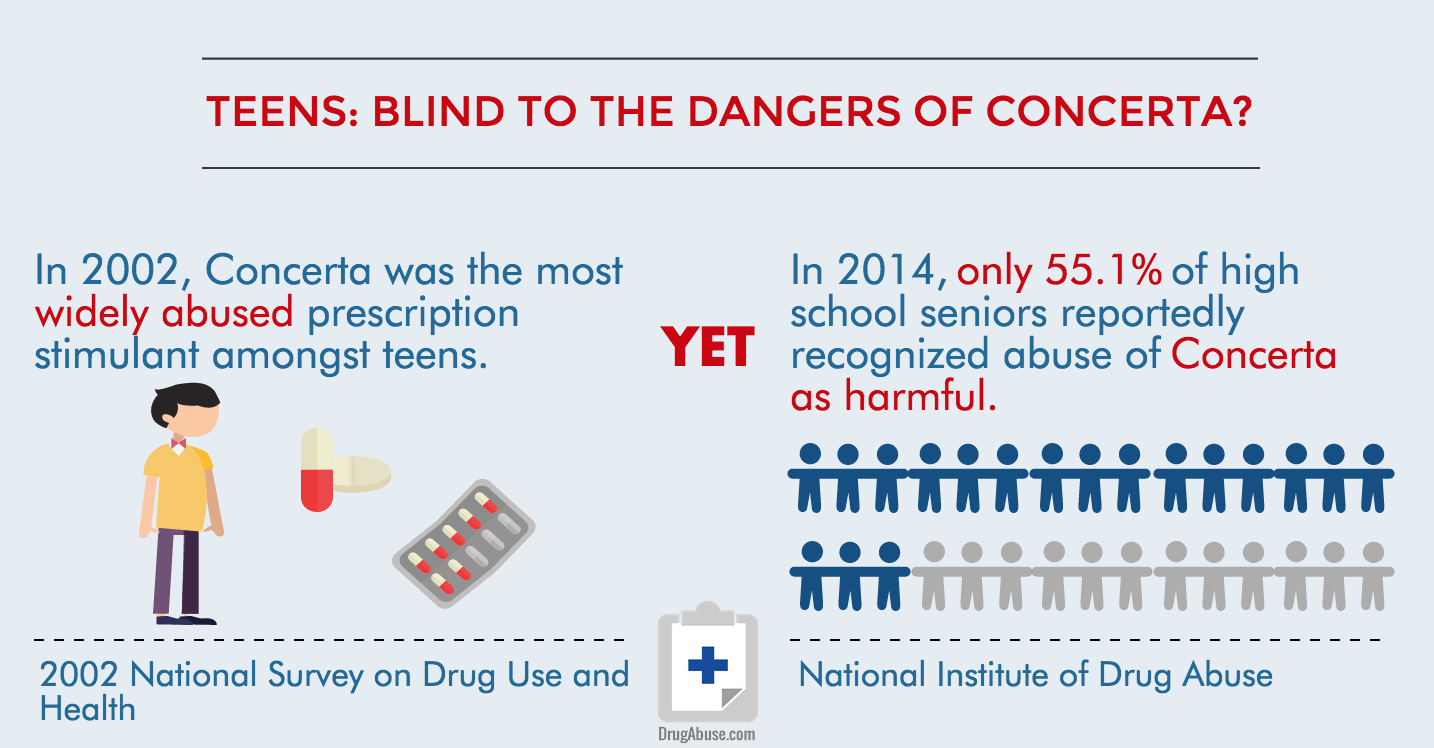 To learn more, check out the following articles:

Also, join the conversation today by visiting our Forum.