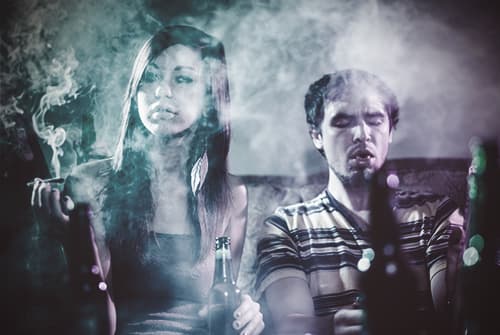 Marijuana is the most popular illicit drug to use simultaneously with alcohol. It is a dried, leafy plant that has small, glistening hairs.

Most often smoked, marijuana can also be consumed orally when baked into foods such as brownies or cookies. It has a distinctly sweet or skunk-like odor. According to the National Institute on Drug Abuse (NIDA), the high from marijuana, or “pot” as it is commonly known, can last for up to three hours.

Its effects on brain development can be critical. It has been shown to slow brain development and affect long-term memory. For these reasons, there is still much concern over marijuana’s safety as a recreational drug despite recent legalization efforts.

Aside from THC, the main psychoactive component, there are many chemicals found in marijuana. The effects of these are unknown. The potency of marijuana has been increasing since 1970s, so it is easier to experience adverse side effects of the drug.

There are several visible signs of concurrent alcohol and marijuana abuse. They include:

Combined Effects of Marijuana and Alcohol

Depending on the state of mind of the user, effects of marijuana use can include paranoia and high anxiety. In fact, the Harvard Mental Health Letter reports that 20-30% of smokers experience panic attacks.The amount of marijuana consumed changes its effects, though even a small amount can have dramatic effects in individuals prone to panic and anxiety disorders. Though it is nearly impossible to overdose on marijuana, there is even evidence that marijuana can lead to symptoms of long-term psychosis.

Other problems which may stem concurrent use include:

You don’t have to live with the effects of substance abuse and addiction. Call today to learn how to find help.

Treatment for Alcohol and Marijuana Addiction

Both marijuana and alcohol are addictive substances. The NIDA points out that, despite popular belief to the contrary, about one in nine users develop dependence. This is compared to about one in ten Americans over the age of 12 are dependent on alcohol, as reported by the National Institute on Alcohol Abuse and Alcoholism.

Cognitive behavioral therapy (CBT), which teaches new skills for staying clean, and contingency management (CM), which provides positive incentives to quit, have been helpful in recovery for those who are addicted to this combination.

Rehab centers can provide these services as well as: 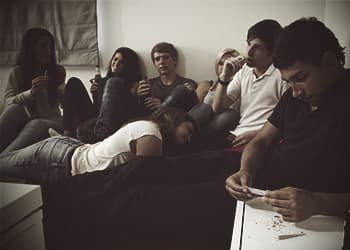 According to the NIDA, teens are unlikely to view marijuana as a problem. It is the most widely used illicit drug in the world. The American Academy of Child and Adolescent Psychiatry recommends speaking about marijuana use with children by the time they are in middle school. It stresses open communication as a means to understand the reasons behind marijuana use.

Peer pressure is an immense and profound motivator for many teens. Given marijuana’s effect on mental development, teen education is crucial.

For more information on how to help a marijuana addict, give us a call today at .

You can also join the conversation on substance abuse today by visiting our Forum.