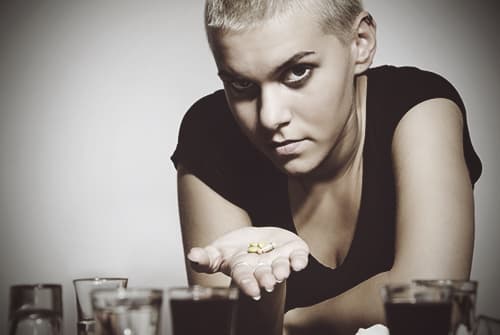 Ecstasy may make its users feel ecstatic for a time, but when abused with alcohol, it can cause seriously negative effects on your health and even kill you. Even as the name for this drug changes to the more-friendly “Molly,” it does not mean that the drug has become less injurious to its users.

Ecstasy is known to researchers as MDMA, short for 3, 4-methylenedioxy-methamphetamine. It’s a synthetic drug that is also psychoactive, meaning that it passes the blood barrier in the brain and can cause psychotic effects. Experts categorize it along with the stimulant amphetamine and the hallucinogen mescaline (Fisk and Montgomery, 2014).

Ecstasy was first broadly distributed in nightclubs and at “raves,” the extra-long dance parties that have sprung up across the world. Users of this “love pill” take it in pill, capsule or tablet form, often in combination with other drugs, including alcohol. When a user takes more than one pill or capsule or tablet, it’s called “bumping.” Ecstasy capsules sometimes have cartoons like Batmans, hearts, butterflies and angels on them to appeal even more to the user. Research in both rats and humans has shown that the drug has its powerful effect by increasing three neurotransmitters: serotonin, dopamine and norephinephrine, all of which make you feel good — for a period of time (Fisk and Montgomery).

Ecstasy goes by such street names as:

These neurotransmitters play crucial roles in your mood, appetite and sleep. What Ecstasy does is amplify all of them so that you feel loving, trusting and empathetic. The aftereffect of these surges is that certain chemicals in the brain are depleted after the initial boost. That leaves users in a downer state for days or weeks after taking Ecstasy. Users report confusion, depression, insomnia, anxiety and cravings for more Ecstasy.

Ecstasy is potentially addictive. Ecstasy poses many dangers, especially given that supposedly pure tablets might contain a host of other drugs, from ephedrine (a stimulant) to ingredients in “bath salts” (Gahlinger, 2004; Erowid, 2016). While MDMA/Ecstasy is reported to cause impotence in men, it has also been reported to increase sexual arousal. Together with increased social openness and lowered inhibition, use of this drug can lead to unprotected sex with strangers (Gahlinger).

Although used initially in the 1970s as an aid in psychotherapy, MDMA has now been labeled as a Schedule 1 substance, one with high abuse potential and no recognized medicinal use. It does continue to be used experimentally and carefully with Post Traumatic Stress Disorder patients and terminal cancer patients who struggle with anxiety (Oehen et al., 2013). 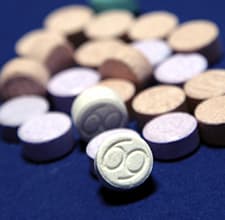 Mixing Ecstasy with alcohol is extremely dangerous and can be lethal (Sammler et al., 2010). Here are a few important alcohol and Ecstasy facts of which you should be aware:

Signs And Symptoms Of Alcohol With Ecstasy

If you wonder if you have abused Ecstasy along with alcohol, or are monitoring someone else about whom you have suspicions, watch for these signs and symptoms of concurrent alcohol and Ecstasy abuse:

When combined with alcohol, Ecstasy can be extremely dangerous for a wide variety of reasons (Hernandez-Rabaza et al., 2010). Here are a few of the concurrent alcohol and Ecstasy abuse problems that users and researchers report: 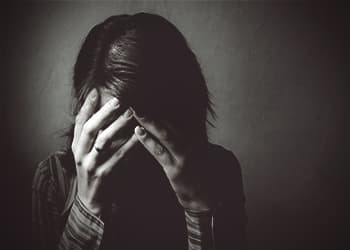 Find out more about the harmful effects of Ecstasy use and how to help an Ecstasy addict by calling our helpline.

Many treatment centers offer special help for people struggling with concurrent use of Ecstasy and alcohol. Users who have become addicted to Ecstasy often need prolonged stays in rehab programs, longer than the standard 30 days in most residential recovery programs. This gives time to address underlying issues that lead to Ecstasy-alcohol addiction.

If you want help in kicking your addiction to alcohol and Ecstasy, call to discuss your treatment options.

Statistics For Alcohol And Ecstasy

Due perhaps to its enticing name or the cartoon characters used on some of the capsules and other forms, Ecstasy has made its way even down to early adolescents. Statistics show that nearly 2% of eight-graders have taken Ecstasy, while nearly 6% of 10th-graders and 7% of high school seniors have taken the drug.

Ecstasy has become increasingly popular, with 2.8 million Americans saying that they had tried the drug in 2009, for instance (Wu, et al., 2010).

Ecstasy is very popular among young people, especially high school and college students. When they combine Ecstasy with alcohol, it can put a huge strain on their heart and on the body in general as high levels of hormones are produced, then exhausted (De Letter et al., 2006).

Ecstasy has gained wide appeal as a sort of “fun” drug that is central to party culture. However, it can become addictive, and deplete a brain’s supply of serotonin. A drug that can produce such a rush that the person using it can stay awake for days at a time will be harmful to any young person’s routine and brain. The rush of Ecstasy is usually followed by a low mood known as a “comedown” and symptoms can include depression, anxiety, paranoia and trouble sleeping.

For more information on ecstasy and alcohol, see the following articles:

You can find a supportive community of people who understand what you’re going through at our Forum.