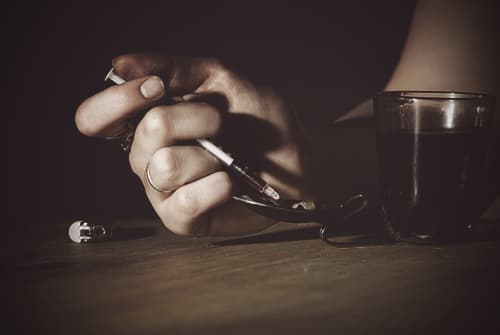 Dangers of Abusing Alcohol and Heroin

The dangerous combination of alcohol and heroin gets widespread publicity every year from tragedies that remind the public how alcohol amplifies the already powerful effects of heroin on the central nervous system.

The reason why this partnership is particularly lethal is that heroin is a depressant, as is alcohol. When the body takes on a double-depressant:

Heroin, which is synthesized from morphine that is extracted from the opium poppy plant, comes either in white or brown powder form or as a black and sticky substance. Unregulated in any way, it can sometimes contain other substances like fentanyl which can cause a number of risks. Known as “smack,” “junk,” “black tar,” “ska” and “horse” on the street, heroin causes a tragic number of overdoses and deaths.

Law enforcement officials and others are concerned about a recent uptick in heroin usage in the US. As the abuse of prescription painkillers is targeted by many agencies, those who used such drugs often turn to heroin. A 2012 study in the New England Journal of Medicine confirmed this troubling trend.

Facts About Alcohol and Heroin

Signs And Symptoms Of Alcohol With Heroin 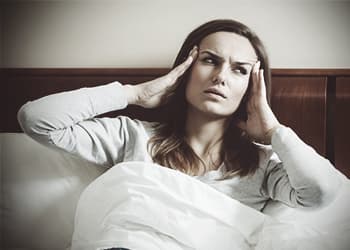 Combined Effects Of Heroin And Alcohol

Despite the feeling of euphoria that heroin can give, the number of negative concurrent alcohol and heroin abuse effects are many and cause extreme dangers.

Here are a few of the very real problems that concurrent heroin and alcohol abuse can bring to the user while high:

Help for heroin abuse and getting information about the side effects of heroin use is really important so give us a call today.

Because heroin is so addictive, and breaking free from the grip of alcohol and heroin addiction can be so difficult, getting help in a residential setting is often preferred by those struggling from this addiction. It is extremely difficult to kick this habit without help.

Methadone may be used in the treatment of heroin addiction. Methadone dosages must be very carefully regulated by trained and certified professionals. If alcohol remains in the user’s system, other forms of detoxification might be attempted. Subutex (buprenorphine) or Suboxone (buprenophrine + naloxone) may alternatively be used as part of recovery from heroin.

Any quality rehab center will ensure that the abuser receives intensive counseling and follow-up monitoring after a period in a residential rehab center. All research shows that withdrawal from heroin is extremely difficult during the first 12 months of abstinence. This is actually when many overdoses occur, as users crave the drug and eventually succumb to that desire by taking an excess amount.

Statistics on Alcohol And Heroin

For reasons of price or availability, heroin use has been climbing in the US over the past several years. A 2011 survey showed that 4.2 million Americans aged 12 and older had tried heroin at some point in their lives.

The statistic that is truly troubling is the one that indicates a full 23 percent of those who try heroin get hooked on it. The drug appears to be a major problem, particularly among middle- and upper-class teens and people who had previously used prescription painkillers to get high.

One city, Chicago, reported a tripling of deaths by heroin overdoses between 2008 and 2012, echoes of a larger national trend. One study in Europe showed that four out of five deaths due to drug overdoses involved heroin, while the most recent US statistics show three-fourths of overdose deaths attributable to opioids, of which heroin is the most common.

In smaller, less-developed bodies such as those inhabited by teens, the double whammy of alcohol and heroin can be particularly deadly.

Teens that drink and take heroin also become severely impaired in their coordination, making driving an ill-advised gamble whenever these two substances are taken together. Total rates of teens taking heroin with or without alcohol are still relatively low, but they are climbing slightly and the combination can be far more deadly than other drugs.

To learn more, visit the National Institute on Drug Abuse’s website or see the following articles:

If you want to break loose from alcohol and heroin addictions before they take over your life, call to get help determining your treatment options and resources. You can also find support today by visiting our community forum and sharing your story.