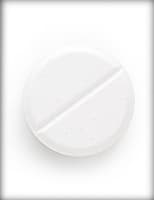 Although lorazepam and alcohol can both be safe when consumed appropriately, concurrent abuse can quickly lead to the need for immediate medical treatment. Facts about drinking and lorazepam clearly indicate that it is never safe to mix these two substances, as it might lead to a medical emergency.
Alcohol is not considered a dangerous substance when consumed on its own, in moderation. However, it can cause physical and cognitive problems when an individual consumes an unhealthy amount in a short period of time. Long-term alcohol abuse can also cause serious damage, especially to nervous system and liver function.
Lorazepam, also known by its brand name of Ativan, is a benzodiazepine used to treat anxiety disorders, panic attacks and insomnia. This class of drugs acts as a sedative and its tranquilizing effects are extremely addicting. Like other benzodiazepines, it can cause chemical dependency very quickly, after only several weeks of use, even if that use is closely monitored by a doctor.

Signs and Symptoms of Alcohol with Lorazepam

Lorazepam and alcohol abuse can present very similar signs and symptoms. This similarity can be dangerous, as it becomes more difficult to determine which substance is causing which symptoms, thereby delaying needed medical treatment or causing an individual to receive incorrect treatment.
Alcohol abuse may cause an individual to have impaired coordination, dizziness, weakness, confusion and loss of consciousness. Even when an individual is not drinking, the long-term effects of alcohol abuse can manifest as symptoms like memory problems, physical weakness and liver damage.
The most common symptom of lorazepam abuse is drowsiness, since the medication acts as a sedative. This drowsiness can impair an individual’s ability to complete basic tasks. Individuals who have abused lorazepam report feeling a calm, euphoric “high,” and they take increased non-prescription doses in order to maintain that feeling.

As one Stanford University study found, an individual who is abusing lorazepam can develop chemical dependency within weeks. This can lead to serious withdrawal symptoms such as muscle cramps and nausea when a person stops taking lorazepam, even if properly controlled by a doctor. Long-term side effects of lorazepam abuse also include kidney problems, skin disorders and psychosis.

Since lorazepam and alcohol work as nervous system depressants, their combined use can intensify and exacerbate symptoms of intoxication, causing a person to experience side effects of both substances more quickly and severely. It may also keep an individual from recognizing that he needs medical treatment. Dangerous side effects such as slower heart rate and shallow breathing can quickly intensify, creating a medical emergency for an individual who consumed both substances.
Concurrent alcohol and lorazepam problems can also lead to a greater likelihood of physical injury when an individual is intoxicated. Loss of coordination, lack of concentration and confusion can all result from mixing alcohol and lorazepam. For more information on how to help a lorazepam addict , give us a call.

Treatment for addiction to lorazepam and alcohol usually involves some sort of withdrawal program, followed by rehabilitation and some form of counseling or therapy. This rehab could take place in an inpatient, residential facility, where individuals live together and focus on maintaining sobriety. Alternatively, an individual can begin the recovery process through addiction counseling, therapy and group meetings with other individuals who have a history of substance abuse.
Treatment for abuse of any one substance should include any other substances an individual is abusing, as well. Rehab centers and rehab programs will generally be able to assist with multi-substance withdrawal and recovery.

Statistics for Alcohol and Lorazepam

Underage drinking and drug use is a widespread issue in many countries around the world. Underage drinkers who are unfamiliar with moderating their alcohol intake may have more difficulty regulating their drinking. This can lead to more serious consequences for a still-developing brain, since neurological development continues into the mid-20s and substance abuse can permanently alter this development.
Drug abuse also alters a teen’s neurological development and continues to be implicated in thousands of emergency room visits each year, according to the Centers for Disease Control. Of particular concern for public health officials is another SAMHSA study finding that non-medical, addictive use of benzodiazepines continues to increase in individuals between the ages of 18-25. This means that teenagers are abusing these medications and may become addicted very quickly, taking high doses of unprescribed narcotics.

If you want assistance with a lorazepam or alcohol addiction, please call . Resources are available to you, and trained professionals are willing to help you transition into sober living and recovery. For more articles, info and statistics, please visit: http://www.niaaa.nih.gov.