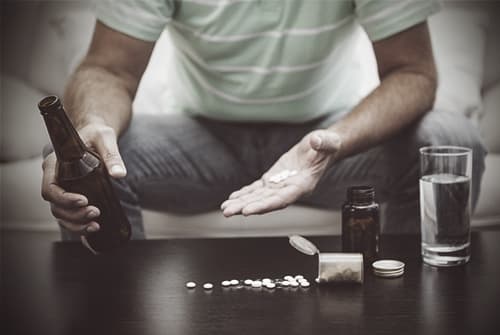 Many people use methylphenidate to improve their lives and help manage certain mental health symptoms. However, many abuse this drug in an attempt to achieve a high or even to alleviate their symptoms more than the prescribed dose will.

Further, when mixed with drinking behavior, the combination of methylphenidate and alcohol can become very dangerous as each drug can dull the effects of the other – markedly increasing the risk of overdose.

The Problem of Alcohol and Methylphenidate Abuse

In 2012, more than 16 million prescriptions for methylphenidate were distributed, half a million more than the previous year.

When you consider the increasing availability of methylphenidate and also take into account the fact that alcohol is a major substance of abuse, the risk of concurrent alcohol and methylphenidate abuse is undeniably high.

Methylphenidate is an effective central nervous system (CNS) stimulant medication that treats symptoms of attention-deficit/hyperactivity disorder (ADHD), which include hyperactivity and poor focus in both children and adults.

The medication is marketed as the short-acting Ritalin and the longer-acting Concerta. Other trade names include: Metadate, Methylin, and Focalin. While considered safe for medical use, methylphenidate is often abused for its euphoric high and feelings of wakefulness and alertness.

When substances are combined, dangers involving overdosing and alcohol poisoning exist, since methylphenidate can decrease the user’s perception of drunkenness.

As mentioned above, alcohol and methylphenidate are commonly taken together to create a more euphoric high that decreases some of the potentially less desirable side effects of each drug (like sluggishness or jitters, at opposite extremes).


Here’s how it works: the stimulation from methylphenidate mixes with the depressant qualities of alcohol so the user feels less agitated and less drunk but the body still experiences the effects of each. This results in issues such as:

Effects of Alcohol and Methylphenidate Abuse

When used long-term, methylphenidate and alcohol are each drugs of dependence. This means that your body will build a tolerance to the substances requiring higher amounts to achieve the same results. This makes overdose more likely.

Additionally, long-term abuse of these substances can lead to:

Treatment for psychological addiction and physical dependence varies widely between patients. Because of this, consider these generalities when seeking substance abuse treatment: 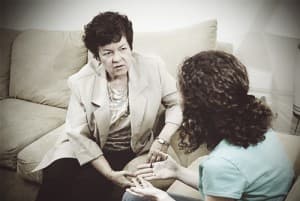 Alcohol and methylphenidate abuse is complicated, but it can be treated when appropriate action is taken. Call 1-888-708-0796 to talk to someone about how to find the treatment options best for the situation.

Alone, methylphenidate is responsible for many calls to poison control and emergency room visits. In fact, the Drug Enforcement Administration reports that:

In addition, the National Institute on Drug Abuse estimates that:

Alcohol and Methylphenidate Abuse in Teens

Both prescription drug use and alcohol use is up among teens and young adults. The National Center on Addiction and Substance Abuse (CASA) found that:

Preventing teen alcohol and methylphenidate abuse means staying vigilant, especially if your teen has a Ritalin or Concerta prescription. Make sure to monitor any prescriptions and to educate your child on the dangers of both substances and the risks incurred when combining these drugs.

See the following articles for additional information on alcohol and methylphenidate abuse, addiction, and treatment:

Also, visit our Forum to join the conversation about addition to alcohol and methylphenidate.