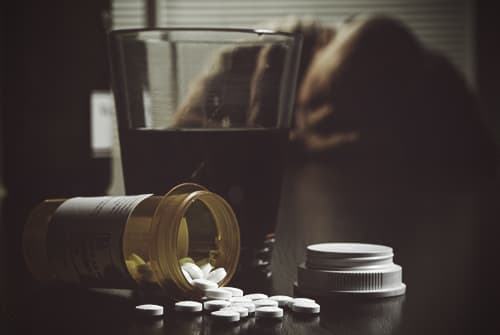 Over the years, there has been an increase in the misuse of alcohol and certain prescription drugs such as Ritalin. Ritalin—which is the trade name for methylphenidate—is a stimulant often used as a treatment for attention-deficit/hyperactivity disorder (ADHD).

The Problem of Alcohol and Ritalin Abuse

Alcohol use is quite prevalent among adolescents and adults. The abuse of prescription and illicit drugs is also a common problem among these two age groups. When alcohol is combined with prescription stimulants like Ritalin, the dangers of each are increased, along with the risk of overdose.

How Combining Alcohol and Ritalin Confuses the Body

A major problem that results from the co-abuse of alcohol and Ritalin, is that the combination of the opposing actions of these substances can effectively “confuse” the body.

More specifically, alcohol slows down the brain’s normal reactions causing memory problems as well as delayed thinking, reasoning, and judgment, while a stimulant such as Ritalin speeds up processes in the brain sometimes causing anxiousness, agitation, and paranoia.

Ritalin decreases a person’s ability to feel the effects of alcohol. In other words, the mental stimulation that occurs can make people feel more alert and less likely to realize when they have had too much alcohol to drink. This also means that a person may drink more than usual in order to experience a sense of euphoria. Physical queues that would otherwise signal a drinker to slow down may be diminished, resulting in increased risk of drinking to excess –  this could give rise to alcohol poisoning and eventually lead to death.

Another concern when combining alcohol with Ritalin is that the effects may be unpredictable based on the amounts taken of each, as well as differences between the individual users. For instance, in some people, mixing Ritalin and alcohol raises blood pressure, while in others it may not.

Someone regularly abusing these substances alone or in combination will likely benefit from some form of treatment. Combined substance abuse treatment may include:

Common physical side effects of drinking alcohol include:

Signs and symptoms of stimulant (Ritalin) abuse  include:

The most common indication that an individual is co-abusing alcohol and Ritalin is dramatic changes in:


Effects of Alcohol and Ritalin Abuse

Consuming alcohol frequently can lead to:

Taking Ritalin for extended periods of time during adolescence is associated with long-term structural changes in the brain that may lead to problems with mental functions, especially those that are necessary for planning, flexibility, and adaptation skills.

Recent research also indicates that certain conditions such as depression during adulthood and reduced alcohol sensitivity also tend to occur due to prolonged use of Ritalin.Reduced alcohol sensitivity means that higher amounts of alcohol may be consumed before an individual experiences the full range of typical cognitive effects – this can prove especially dangerous because it may cause a person to drink excessively, which can lead to alcohol poisoning and death.

In addition, mixing drugs and alcohol can compound the individual risks that are inherent to each substance, which include:

These types of health problems may be reversed or avoided altogether if effective substance abuse treatment is received in a timely manner.

Treatment for a combined case of alcohol and stimulant abuse will typically consists of an initial detox period, followed by ongoing substance abuse therapy, support groups, skills training, and more.

Once the patient has successfully detoxed from alcohol and Ritalin, treatment will focus on the psychological aspects of the abuse and addiction. Whether treatment includes inpatient or outpatient treatment, it should include therapy and relapse prevention training. You don’t have to continue suffering from addiction to alcohol or Ritalin. Learn about treatment today.

One form of therapy which may be used is cognitive behavioral therapy. This approach focuses on:

In addition, there are sessions in which stressful scenarios are presented to patients who are then provided with psychological education techniques that help them work through these real-life scenarios. The multi-faceted components of cognitive behavioral therapy have repeatedly demonstrated the ability to effectively reduce stress and anxiety, which are factors that can influence the onset and progression of substance abuse.

Ritalin has been described as an effective medication for ADHD for many years, but the non-medical use of Ritalin has recently increased, particularly among college students [5]. For instance: 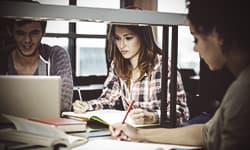 Finally, research indicates that co-abuse with alcohol tends to be more prevalent among college students who have been prescribed stimulants such as Ritalin in the past.

According to a 2014 survey that was conducted by the University of Michigan and funded by the National Institute on Drug Abuse (NIDA), 9% of 8th graders, 23.5% of 10th graders, and 37.4% of 12th graders had consumed alcohol on a monthly basis.

According to this same report, use among teens has remained fairly steady over the years with about 1.8% of high school seniors reporting the regular use of Ritalin.

Although this medication is often prescribed to adolescents who have ADHD, the survey indicates that there is a persistent pattern in which teens report obtaining Ritalin from their relatives or friends, while a smaller percentage abuse or misuse the pills that have been prescribed for them.

Unfortunately, there has also been a decline in teens’ perceptions that misusing prescription stimulants such as Ritalin is risky behavior, further contributing to the steady incidence of abuse.

Substance abuse prevention for teens involves several aspects such as:

Reinforce the dangers of prescription drugs and emphasize that abusing Ritalin and/or alcohol can be just as harmful as abusing illicit drugs.

You can also discuss substance abuse and treatment with others by visiting our Forum today.