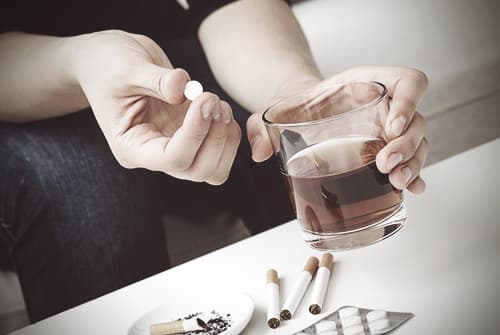 Tramadol is scientifically known as tramadol hydrochloride, and it works as an acting analgesic (painkiller) affecting the central nervous system. Tramadol is also known by the brand names:

Alcohol also acts as a central nervous system depressant, so it can be dangerous to abuse either substance and especially dangerous to abuse them together. When a tramadol user combines alcohol with this drug, the two substances’ dangers compound one another and result in intensified consequences for the user.

Signs and Symptoms of Alcohol and Tramadol Use

Signs of concurrent alcohol and tramadol use can seem similar, because both drugs affect the central nervous system. As a painkiller, tramadol may make patients subdued and euphoric, as well as reducing anxiety. At high dosages, people using tramadol will have distorted perceptions of pain. 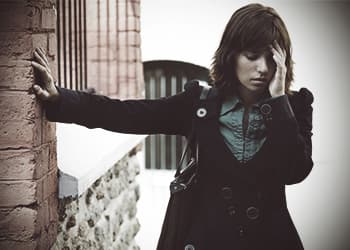 Symptoms that can present when mixing tramadol and alcohol include:

Concurrent alcohol- and tramadol-induced health problems are quite serious and can result in death. Individuals abusing high levels of alcohol or tramadol together should be immediately taken to hospital. 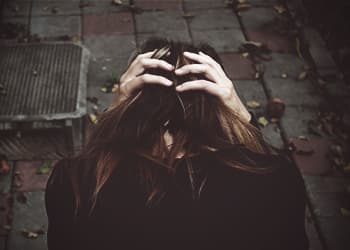 Together, the drugs can cause:

Taking both alcohol and tramadol increases the potential for a drug overdose, as the combination modifies the individual effects of the substances.

Unfortunately, alcohol is commonly abused with tramadol, which enhances the sedative effects of each, leading to an increased risk for life-threatening depressant effects such as slowed or stopped breathing (3).

Learn more about the effects of alcohol and tramadol use.

There are several treatment facilities available for patients suffering from concurrent alcohol and tramadol abuse problems. Patients can select inpatient or outpatient treatment; however, at a minimum, a period of medically supervised detox in an inpatient environment is important due to associated withdrawal symptoms which can be intense and even dangerous (e.g. alcohol withdrawal can induce seizures). Medically assisted detoxification allows for the careful and tapered removal of the drugs from the body under the care of medical professionals.

During the detox process, certain medications, such as diazepam (Valium) may be administered to manage withdrawal symptoms.

Following detox, some may choose to enter a rehab program. Rehab programs allow patients to learn the skills needed to live their lives in recovery while avoiding triggers in their normal environments. There are several different stay durations available to patients, including 30-day, 60-day and 90-day stays (though longer programs are also available). While in treatment, patients will receive a range of treatment types, including:

Statistics on Alcohol and Tramadol Use

In recent years, tramadol has become a generic drug, which has made it cheaper to obtain and easier to access. However, a National Institutes of Health study found that the drug was not being abused at a higher rate after it became generic (5). Still, the Drug Enforcement Administration (DEA) reports that nearly 43.8 million prescriptions for tramadol were written in 2013.

Alcohol continues to be a major substance of abuse. Consider the following statistics: 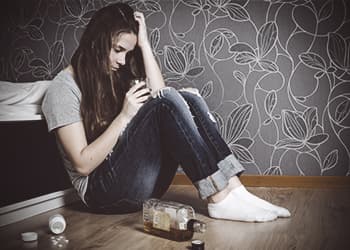 The rate of teen drinking in the United States is extremely high, with nearly 20% of high school students drinking some alcohol in the past 30 days and almost 14% of those drinkers binge drinking (Center for Behavioral Statistics and Quality).

Statistics on tramadol abuse among teens aren’t as readily available, but the DEA reports that 3.2 million people over the age of 12 were found to have been using tramadol medications for non-medical reasons at some point in their lives.

Prescription drug abuse is a danger for teens because medications are often not difficult to access—tramadol may be readily available in the medicine cabinet, for example—and the perceived risk is often low because many teens feel that prescription medications aren’t as dangerous as illegal drugs.

To prevent abuse of these substances in your teen, make sure to talk to them early and often. Education is key to prevention.

If you or someone you know is suffering from tramadol or alcohol issues, call for free at . There is hope, and you can get the help that you need in order to get back on the right track. We’ll help you to find the right fit for your personal needs. If you are ready to take the next step and get clean, then give us a call today and let us help you take your first steps on your new journey.

There are several agencies that provide information on alcohol and Tramadol abuse, including the:

You can also learn more by visiting the following articles:

Join the conversation on substance abuse and addiction today at our community forum.